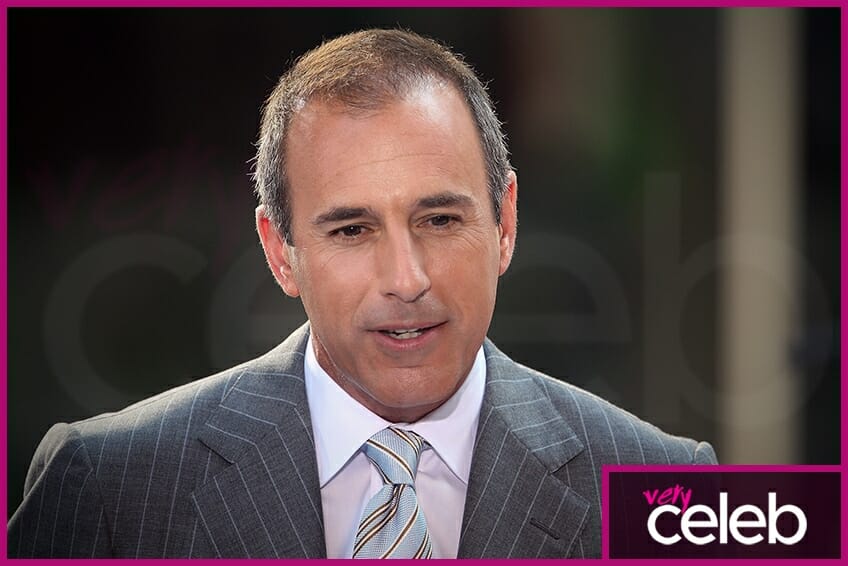 Who is TV’s Matt Lauer?

Matt Lauer’s career as a television news anchor and host has spanned more than two decades. He was co-host of NBC’s Today Show from 1997 until his career’s abrupt end in 2017. He also worked as a contributor for Dateline NBC. Before NBC, he held the post as a news anchor for The Today Show from the years 1994 to 1997. He also anchored for WNBC in New York City and was a talk show host for local tv stations in many cities in the US. He had hosting stints as well for entertainment news for HBO. Most memorable was Matt Lauer’s hosting of the annual Macy’s Thanksgiving Day Parade from 1998 until 2017. He was also a fixture for the opening ceremonies of several Olympic Games. With such an illustrious career and portfolio, it came as a blow when Matt faced allegations of sexual misconduct.

Following a complaint of sexual misconduct from a colleague at NBC, the news company sought to eliminate Matt and had him fired in November of 2017. There were reports of prior misdemeanors, leading people to think that Matt’s action was a reflection of the behavior he had sustained for years.

What else do we know about Matt Lauer?

Matt Todd Lauer is a former tv host and news anchor. He is popular for co-hosting NBC’s Today Show from the years 1997 to 2017. It seemed that Matt would retire working for NBC as one of its acclaimed hosts. However, in 2017, his career at NBC came to an end when an NBC colleague filed a case of sexual misdemeanor against Matt.

Matt’s father is Robert Lauer who was an executive for a well-known bicycle company. Matt began his career bouncing from one local tv station to another until he gained his degree at Ohio State University at the age of 39. His career soared from there on, landing a number of hosting gigs for NBC news.

These days, there have been reports to suggest that Matt Lauer is dating marketing executive Shamin Abas. He has kept himself away from the public eye, staying mostly at his home in the Hamptons.

What is the nationality of Matt Lauer?

Matt Lauer is American to the core.

How tall is Matt Lauer and how much does he weigh?

Matt stands a shade under 6 feet as he stands 5 feet 11 inches tall. He weighs around 155 pounds.

Is Matt Lauer married or single?

Matt has been married twice. He was first married to television producer Nancy Alspaugh. They were together from 1982 to 1989. In 1998, he would again marry. Matt was married this time to Annette Roque from 1998 until 2017 when news of his misdemeanor came out.

How much is Matt Lauer’s net worth?

Matt has a hefty net worth of $60 million, which he earned from contracts he made with NBC in 2012.

How many kids does Matt Lauer have?

Matt has three children. They were from his marriage with his second wife, Annette Roque. They are Jack Matthew, Romy, and Thijs Lauer.

How old is Matt Lauer?

What did Matt Lauer do?

According to Variety.com, after their investigation into Lauer, which involved interviewing many former colleagues and current staff of NBC, his behavior toward female employees was less than favorable. Lauer allegedly gave intimate toys as gifts, made lewd comments, quizzed them on their romantic encounters, and, on at least one occasion, exposed himself.

However, more allegations surfaced in October 2019, when NBC reported that Lauer had allegedly raped a female colleague whilst anchoring for the 2014 Sochi Olympics. Lauer, who strenuously denied the allegation, is unlikely to stand trial, though, as there is no extradition treaty between Russia and the US, according to a USA Today report.

What happened to Matt Lauer?

Lauer was sacked from NBC’s Today show over allegations of sexual harassment and inappropriate workplace behavior in 2017.

Who will replace Matt Lauer?

NBC veteran, Hoda Kotb replaced Matt Lauer permanently, after seamlessly stepping into the brink to fill in for him as co-anchor alongside Savannah Guthrie.

What did Matt Lauer say to Megyn Kelly?

Megyn Kelly, the woman who is calling for an independent investigation into the rape allegations, claims that Lauer is a ‘sexual predator’, and calls his accusers ‘forces for good’ for sounding the alarm.

To date, Lauer has strenuously denied all allegations, claiming everything was consensual.

Why did Matt Lauer get fired?

Lauer was fired as a result of allegations of sexual misconduct and behavior that was inappropriate in the workplace.

Kathy Griffin: Her Net Worth and Much More