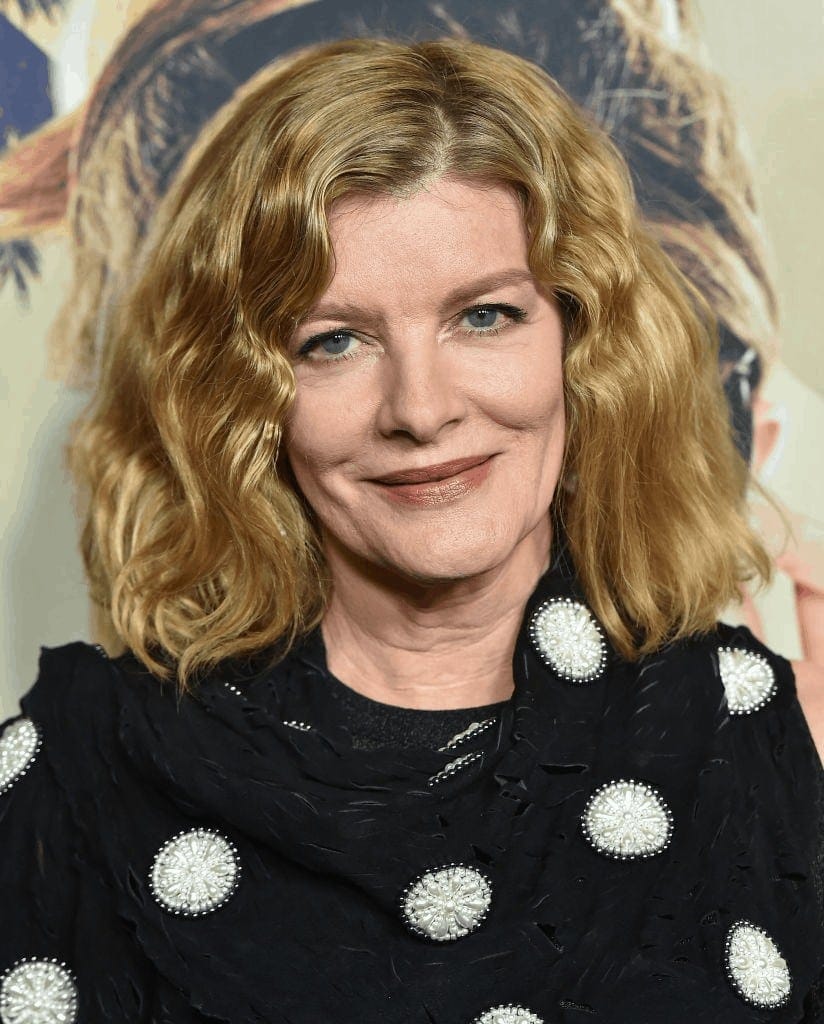 Rene Russo was discovered by John Crosby who is a scout and manager from the International Creative Management at a Rolling Stones concert in 1972 when she was just 17 years old. That’s when her career in modeling started, and upon signing a contract with Ford Modeling Agency, she soon made the cover of Vogue, Mademoiselle, and Cosmopolitan.

She grew up with her mother and sister, Toni Russo, their father leaving as Russo turned two.  She attended Burroughs High School, but due to financial constraints and the bullying she endured for her tall height, she was forced to drop out in the tenth grade.

In her 30s, she studied acting and theater and appeared in a range of small theater plays across Los Angeles and around California. She also took acting lessons from Allan Rich whom she credits for introducing her to acting.

In 1987, Russo made her television debut in the series Sabie, and made her first foray into film. Starting with Major League, this was soon joined by Lethal Weapon 3 and 4, Get Shorty, The Thomas Crown Affair, Nightcrawler, and Velvet Buzzsaw, to name a few.

What is the nationality of Rene Russo?

Rene Russo is an American actress, model, and producer and was born on February 17, 1954, in Burbank, California. She has Italian, German, and English ancestry.

How old is Rene Russo?

Rene Russo is now 65 years old and she’s an Aquarius.

How tall is Rene Russo and how much does she weigh?

Is Rene Russo married or single?

Rene Russo married Dan Gilroy an American screenwriter in 1992. The couple met while working on the film Freejack.

How much is Rene Russo’s net worth?

Rene Russo has a net worth of $40 million.

Does Rene Russo have any children?

Rene Russo and her husband Dan Gilroy have one daughter, Rose who ventured into modeling.

What happened to Rene Russo?

Rene Russo took a six-year hiatus from her acting career in Hollywood in 2005. According to her, her work was starting to burn her out and working constantly without a break was taking its toll. She explained that she suffered from depression, was not in shape to do a movie and wanted to concentrate on other things.

What is Rene Russo doing now?

In 2011, Rene Russo returned to the acting scene playing the role of the ancient goddess Frigga in the movie Thor and its sequel Thor: The Dark World, followed by Avengers: Endgame in 2019.

Russo also worked for the government at the Department of Water and Power in Los Angeles and started her own successful business, White Cow Dairy which focuses on producing yogurt and milk located in the Upstate New York.