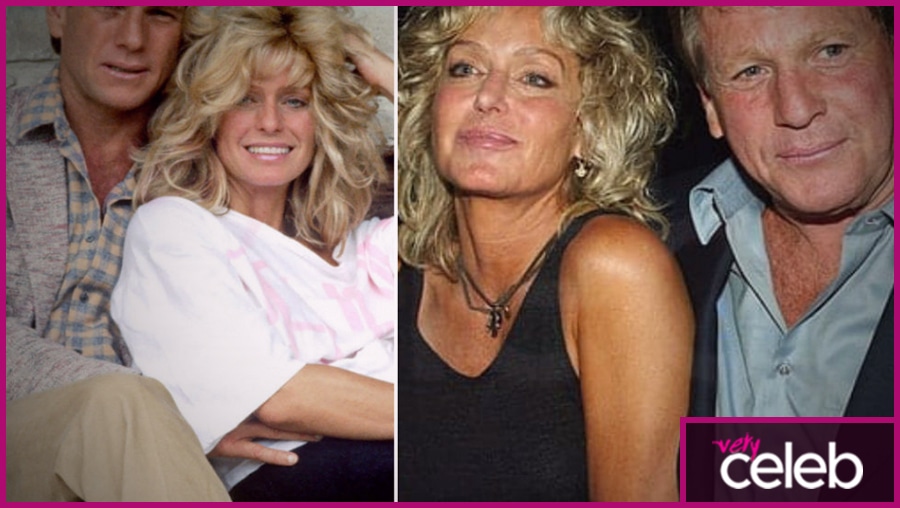 Who is Ryan O’Neal?🤔

Ryan O’Neal was born on April 20, 1941, in Los Angeles, California, and named Charles Patrick Ryan O’Neal.  He is now 81 years old. Being born on the cusp of Taurus and Aries, his personality is determined and ambitious, as well as logical and adventurous – but often times lacking positivity. The world of sports and entertainment are perpetually intertwined. A lot of amateur or professional athletes cross over to show business either as an actor or musician. This is the case of former boxer Ryan O’Neal.

O’Neal was an amateur boxer in the late 1950s before he started a career in acting in the early 1960s. Ryan attended school in Los Angeles and started training as a boxer to become a Golden Gloves competitor. His boxing career was cut short when his family moved to Munich. He had his first taste of the entertainment industry when he booked a job as a stand-in for a show in Germany. He returned to the USA and continued his acting career in Hollywood. He had a steady acting career from 1960 to 1963, before landing a pivotal role that navigated his career to bigger success.

His breakthrough performance was his role as Rodney Harrington on the soap opera Peyton Place. This show was a massive hit and catapulted O’Neal to stardom. Soon after, he starred in feature films; his most critically-acclaimed performance was in the film Love Story in 1970, where he received Golden Globe and Oscar nominations as Best Actor. This was followed by other roles in films like “What’s up, Doc?” and “Paper Moon” both in 1973. He continued making films from 1975-1978. His stardom dimmed slowly in the 1980s, and he settled for supporting roles in TV and film productions from the late 1980s up to the early 2000s.

Ryan also captured media attention because of his relationships with some Hollywood actresses. The media frenzy focused on particularly his long-term relationship with Hollywood star Farrah Fawcett, which lasted for almost two decades. He also had public romances with other personalities such as Diana Ross, Anjelica Houston, Bianca Jagger, Melanie Griffith, and Barbra Streisand.

Where is Ryan O’Neal now?🤷‍♀️

After announcing his battle with prostate cancer in 2012, he has been staying in Los Angeles, with rare public appearances. Speculations of his failing health have been around for many years. This is made apparent by his unofficial retirement from acting since 2017. This was somewhat confirmed through media clips of O’Neal’s frail body in a number of his rare outings in Los Angeles.

Who is Ryan O’Neal’s mother?🤰🏻

Ryan O’Neal’s mother was actress Patricia O’Callaghan. O’Callaghan was Jewish-Irish who had a number of acting credentials under her belt. She passed away in 2003. Ryan O’Neal’s father was Charles O’Neal, a screenwriter, and novelist.

What is Ryan O’Neal’s nationality?🌍

Ryan is an American citizen. His father was of English and Irish descent, while his mother was of Irish and Jewish heritage.

How tall is Ryan O’Neal and how much does he weigh?🤷‍♀️

O’Neal’s estimated net worth is $20 million, due to his many successes in his acting career.

Is Ryan O’Neal married or single?💒

O’Neal was married twice. His first marriage was with actress Joanna Moore in 1963. The couple announced their divorce four years later in 1967. O’Neal and Moore had two children. O’Neal won the custody battle on the grounds of Moore’s substance and alcohol abuse.

His second marriage was with another Hollywood star Leigh Taylor-Young. He married Leigh shortly after his first divorce in 1967, but the two were officially divorced in 1971. However, they remained good friends.

Does Ryan O’Neal Have Any Children?👶​

Ryan O’Neal has four children. He had two with Joanne Moore, Tatum O’Neal, and Griffin O’Neal. He had one with Leigh Taylor-Young, Patrick O’Neal. His fourth child was Redmond James Fawcett O’Neal, his son with Farrah Fawcett.