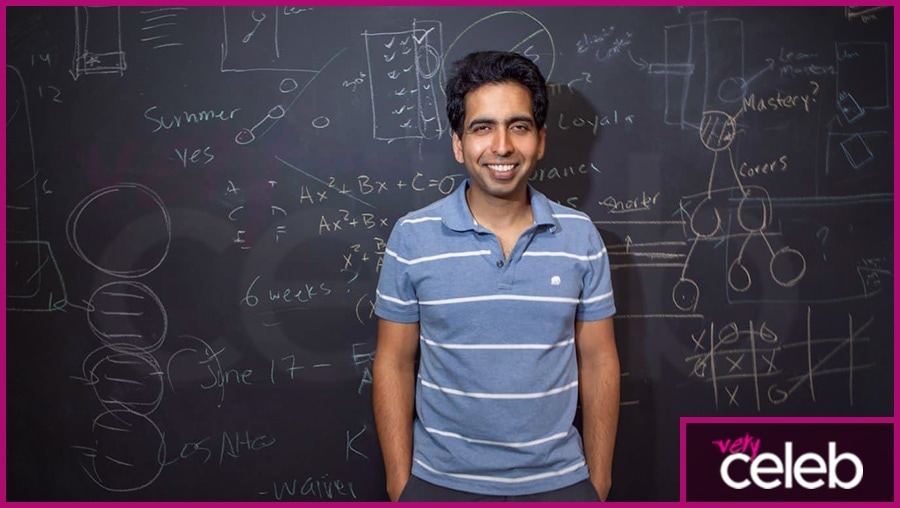 Salman Khan is a 46 year old TV presenter, and was born on October 11, 1976. This makes him a Libran, and like most people born under that sign, he is generous, creative and hard working. American educator, TV presenter, humanitarian, and founder of the Khan Academy – a free online education organization. Via the academy, he has produced more than 6,500 online tutorials, covering a wide spectrum of subjects that include sciences and mathematics. In addition to the Khan Academy, he’s also the founder of the brick-and-mortar Khan Lab School.

Beginning when he helped his cousin overcome her math struggles in 2004, Sal Khan’s empire started life as a desire to help improve people’s lives, and grew beyond all expectation, making a difference across the globe.

Sal Khan set up a YouTube channel for The Khan Academy which has in excess of 5.3 million subscribers, and videos reaching 2 billion hits as of 2020. In 2012, he was recognized by Time as one of the 100 most influential people in the world and was featured in Forbes that same year.

Born in Louisiana, Sal Khan is a graduate of the Massachusetts Institute of Technology (MIT). He earned his MBA degree at Harvard University, and unsurprisingly considering his insider knowledge of the education system, worked as a teacher, before becoming the CEO of Khan Academy and Khan Lab School. He is also a board member at the Aspen Institute.

What is Sal Khan’s nationality?🌍

Khan’s parents come from India and Bangladesh, and he was born in Metairie, Louisiana, making him American.

What does he weigh?🤔

What is Sal Khan’s current net worth?💷

Sal Khan has an estimated net worth of $260 Million, as of 2020, amassed via his YouTube channel, online tutorials, and other projects.

The tear-jerking moment Sal awards a student a $250,000 scholarship 😍

What is Sal Khan most famous for?💭

Sal Khan is most famous for founding both the Khan Academy and Khan Lab School. He is a well-known educator and humanitarian.

Sal Khan is married. He is currently living with his wife, physician Umaima Marvi in Mountain View, California.

Does Sal Khan have children?👶

Yes. Sal Khan has two children – Imran and Diya. Being a protective parent, however, they rarely appear in front of the camera.

Who is Sal Khan’s spouse?💍

Sal Khan has been married to Pakistani physician, Umaima Marvi, since 2004.

We're working toward a world where anyone, anywhere can learn without barriers and reach their potential. As a nonprofit, we depend on the money we raise by tomorrow to keep going next year.

All donations made TODAY at http://khan.co/givetoKA will be matched in full.

When I started Khan Academy, I never imagined that one day we'd provide free education to >140 million people worldwide.

With your support, I believe we can reach billions.

Consider joining the <1% of Khan Academy users who donate to make it possible.
https://fal.cn/3uuCT

This is a VERY big deal. One of those milestone events for a civilization!

The advancement by Lawrence Livermore National Laboratory researchers will be built on to further develop fusion energy research.

Should Khan Academy Plumbing be a thing?