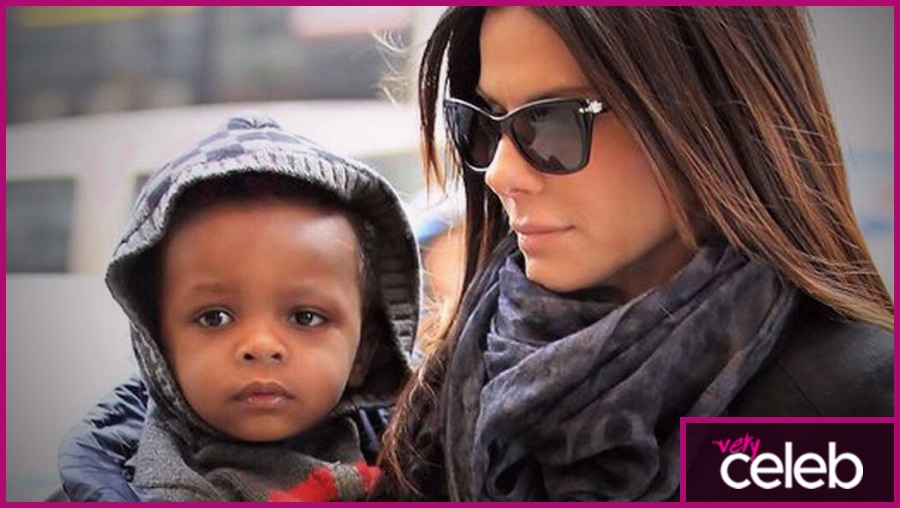 One of the most iconic Hollywood actresses in Hollywood, Sandra Bullock has starred in several romantic comedies and action films and recently starred as the lead in the highly praised Bird Box. She has made a name for herself in Hollywood history, and it’ll be difficult to find someone who doesn’t know her at all. The multi-awarded actress has been in the public eye for years, but she has kept her personal matters private until she herself discloses them to the media.

She had publicly expressed her frustration on not being able to conceive naturally, and her previous marriage with Monster Garage host Jesse James only fueled her desire to be a mother. The impetus that convinced her to adopt is certainly an unusual one: the catastrophic Hurricane Katrina made her realize that parenthood was indeed her destiny.

Despite ongoing divorce proceedings with her then-husband at the time, Bullock continued to adopt her first son as a single parent and named him Louis Bardo. She kept the adoption under wraps and only introduced her son to the public a few months after her first Oscar win as Best Actress for her movie, The Blind Side. She adopted her second child, Laila, in 2015.

Today, Bullock still keeps her children and her personal life away from the media and has not shared photos of her kids on social media, except for family photos taken by her current partner Bryan Randall released in magazines.

Sandra Bullock talks about her son on The Ellen Show

What is the age of Sandra Bullock’s son?

Born in January 2010, Louis Bardo Bullock is currently 11 years old. He was adopted by Sandra a week after his birth. His sister Laila Bullock was born in 2012 and is currently 9 years old. She was 3 years old when Sandra adopted her. Apart from her adopted children, Sandra also has 3 stepchildren from her previous marriage with Jesse James, their names are Chandler, Jesse Jnr, and Sunny.

Where did Sandra Bullock adopt her son from?

Sandra Bullock adopted both Louis and Laila in Louisiana, albeit not at the same time. Louis was adopted in 2010, while Laila was adopted in 2015. In an interview, Sandra Bullock argues against the use of the term “adopted child” to describe her children. She states that you wouldn’t refer to your child as your “IVF child” so why would you refer to a child as your adopted child? Louis and Laila are simply her children and always will be.

Sandra Bullock opens up about her journey to motherhood and adoption

Where does Sandra Bullock’s son live?

They live in New Orleans. Both Louis Bardo Bullock and his sister, Laila Bullock were adopted from Louisiana, that’s why Sandra Bullock keeps her home in the Big Easy so they still feel a connection to their hometown.

What nationality is Sandra Bullock’s son?

Who is the Son of the Late Ken Miles?