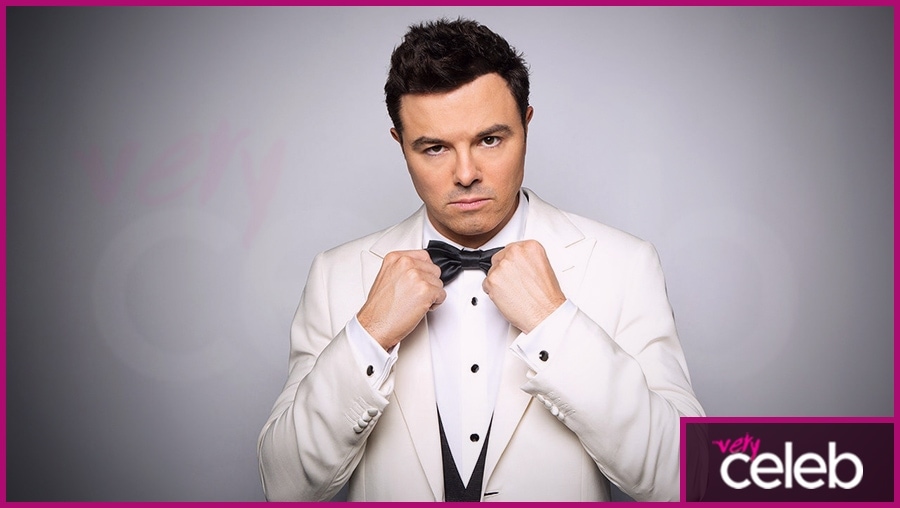 Talk about versatility, and there is no other guy in the film and TV sitcom industry as Seth MacFarlane. The 49-year-old is the creator of the TV series Family Guy. Not only that, MacFarlane voices pivotal characters in the series that include the Griffins, namely Peter Griffin, Brian Griffin, and Stewie Griffin.

Having attended and graduated from Rhode Island School of Design, where he honed his craft in animation, he has been known to render musical and song performances at Carnegie Hall in New York and the Royal Albert Hall in London. He has brought his talents to the big screen, creating and starring in films such as Ted and Ted 2.

Having come from a respectable background, and born in Kent, Connecticut on October 26, 1973, he has been known to be an advocate of gay rights. He, however, has said that he is straight. Although he has not been in any relationship for quite some time, he dated actress Nicole Sullivan and Emilia Clarke. His sister, Rachael MacFarlane, is also an American voice actress and singer.

Early in his career, he worked, not as an animator but as a content writer for Hannah-Barbera. Later on, he was able to land a job as an animator and writer for Cartoon Network. There he wrote for famous kids animated shows such as Dexter’s Laboratory and Johnny Bravo, to name a few. All of these experiences led to his successful creation, writing, and direction of Family Guy. Backing up the success of Family Guy with a similar sitcom American Dad, he showcases his animation and animated voices for live audiences.

MacFarlane has had appearances in sitcoms, news programs, comedy shows, and independent films. At the height of his success, in 2002, MacFarlane guested in the Gilmore Girls episode “Lorelai’s Graduation Day.”

Who does Seth MacFarlane voice in Family Guy?

Seth MacFarlane shows off his piano skills on Instagram

Ok TV nerds – this is sloppy as hell, but it’s the best I can do — Name that tune

What is Seth MacFarlane’s height and weight?

Seth MacFarlane has not yet been married. He’s too focused on his career and life, and has not yet decided to introduce a special lady into his life through marriage. However, he is currently dating the young actress Halston Sage, Seth’s co-star on the show.

Does Seth MacFarlane have any kids?

Seth MacFarlane does not have any children yet.

What is Seth MacFarlane’s net worth?

With all his successes in television animation and in film, Seth MacFarlane has amassed a net worth of $200 million.

Hey all the tunes from me and @LizGillies are now available on Spotify! pic.twitter.com/chqYJEfOd9

Where is Seth MacFarlane from?

Seth MacFarlane was born and grew up in Kent, Connecticut.

The FuseFX team gave their hearts to this season of 'The Orville.' There's so much beautiful work one reel wouldn't do it justice. We've created four reels highlighting the AWESOMENESS that is 'The Orville.' Take flight with Reel 1 of 4. #FuseFX #VFX #TheOrville @SethMacFarlane

After a short break I’ve started again on watching @TheOrville on @DisneyPlus @SethMacFarlane @TomCostantino @hulu it’s a rare show that makes me feel comfortable, especially when I’ve had a crappy day at work. Make no mistake, this show deserves a 4th season. #TheOrville

Thanks for the patience everybody. @TheOrville Season 3 Soundtrack is coming shortly!! Get a comfy listening spot. There's a ton of great sci-fi scoring by the whole composer crew and playing by LA's finest. @JohnDebney @cotteemusic #kevinkaska #brucebroughton, @SethMacFarlane

My new pal Arthur says thanks to the amazing team at @perrys_place_la cat rescue! There are so many great cats there in need of good homes, and the staff is first-rate! Go pay ‘em a visit!

Why not get in touch with Seth MacFarlane and learn everything you can about him? Very Celeb can make it all possible – you just need to ask us.