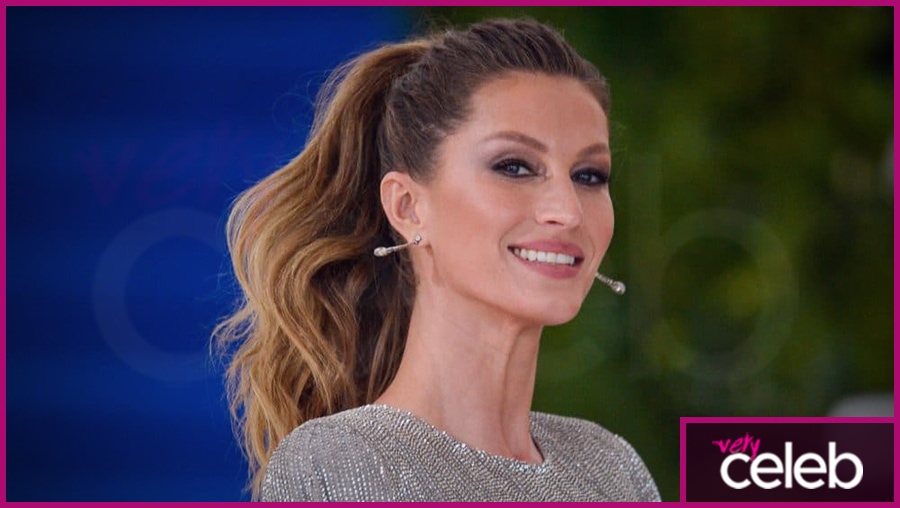 Is it possible for two superstars to live together and support each other throughout their lives and careers? Many celebrity couples crash and burn, but, this is not the case with National Football League superstar quarterback Tom Brady and modeling superstar Gisele Bündchen.

In 2015, The Daily Mail circulated rumors that there were tensions at home as Tom Brady was focusing so intently on his career. However, all these years later, the pair seem to have worked through any of those issues healthily and come out all the stronger for it.

While Tom is widely considered to be the greatest quarterback of all time as he has won a record six Superbowl titles, Gisele has been part of many superlative listings as well. She is one of the highest-paid models and richest women in the entertainment industry. Forbes magazine has listed her as one of the top-earning models and one of the most powerful women in the world. You can see more on her net worth below.

Tom and Gisele met in December of 2006. At that time, Tom had broken off with the model and actress Bridget Moynahan. Tom and Gisele were introduced by a common friend. From then on, the two would begin dating, and after 3 years of dating, they tied the knot. Tom and Gisele support each other in their respective careers. Beyond the calls of their jobs, the two are well-known advocates of healthy living and eating, sustainability, and protecting the environment.

How did Giselle rise to fame?

Co-supermodels like Claudia Schiffer say that Gisele is a rare kind of supermodel since it was her that ended the notion that supermodels have to have the kind of heroin chic look where they have to look thin, sickly, and tall. For decades now, Gisele has been on more than a thousand covers of beauty and health magazines. 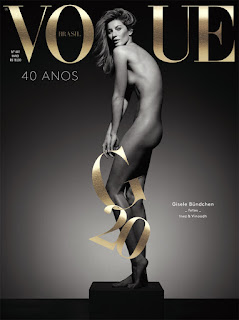 Gisele is one of the most positive people and one of the best role models in her fields. It seems that the Brazillian supermodel is well-loved by everyone in the beauty, modeling, and entertainment industries – which is no small feat in itself! She has a wholesome approach to life and is open about the need for mental as well as physical health for herself and her family. In 2018 she spoke to Anderson Cooper about the positive impact that meditation had had on her mental health, saying, she was “able to kind of step back, almost like I was able to watch my life as a movie. By taking a step back, I was able to remove myself from that anxiety and that feeling of not being able to catch my breath and feeling like I was going to pass out”.

Watch Gisele answering even more questions in her gorgeous home below.

What is the ethnic background of Gisele Bündchen?

Gisele is a proud Brazilian; she is also Brazilian of German descent. Her father is Vânia, a bank clerk pensioner, while her mother is Valdir Bündchen, a college professor. She is also a writer like Gisele. Her parents raised her in Southern Brazil. Another well-known trivia is that Gisele has 5 sisters, and knows five languages: Portuguese, English, Italian, Spanish and French.

What are Gisele Bündchen’s measurements?

Gisele has the right height for a supermodel as she stands 5ft11. She weighs around 125 pounds. 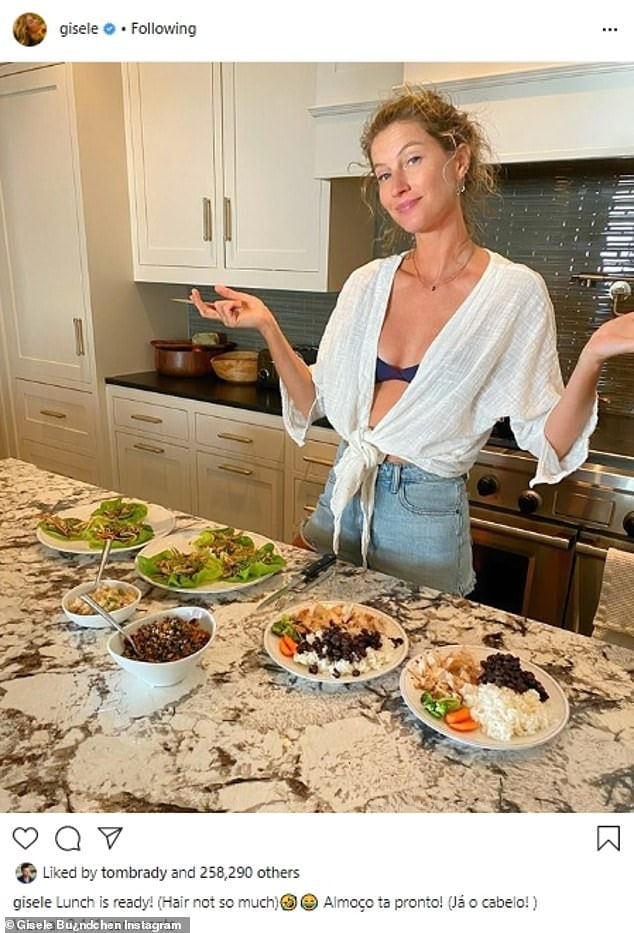 What does Gisele eat on a typical day? Is she vegan?

Like Tom, Gisele is an exponent of a plant-based diet, which is not as strict as either veganism or vegetarianism but minimizes the amount of meat and dairy consumed and focuses on natural foods which fill you up. According to Marie Claire, the whole family wake for breakfast at 6 am, stuff themselves with fresh fruit and vegetables, morning juices, coconut milk (one of Giselle’s favorites), followed by a hearty salad or soup for lunch. Find out even more below!

How does Giselle keep her figure?

In Giselle’s 2019 book, Lessons: My Path to a Meaningful Life, the supermodel says she has enjoyed yoga and pilates for decades. There are pictures on her Instagram of the supermodel’s children and Tom getting in on the practice. Is that it? Not even close! Bundchen’s exercise routine includes HIIT, MMA training specializing in regular and kickboxing. She also enjoys surfing, Capoeira, and horseback riding, so bodily health and movement are clearly embedded in her life.

What is Who is Gisele Bündchen’s husband?

The supermodel Gisele Bündchen is married to the sports superstar Tom Brady. They were wed in Santa Monica, California on February 26, 2009. It was an intimate Catholic wedding that was attended by family and friends.

How many kids does Gisele Bündchen have?

Gisele Bündchen with her two kids; Benjamin and Vivian

Happy birthday love of my life! You are the best dad , the best partner and the best friend. We are so lucky to have you in our lives and we are looking forward to all the adventures ahead. We love you so much! ♥️♥️♥️ Feliz aniversário amor da minha vida! Você é o melhor pai, o melhor parceiro e o melhor amigo. Temos muita sorte de tê-lo em nossas vidas e estamos animados por todas as aventuras que estão por vir. Nós te amamos muito! Photos: John Russo

When was Tom Brady’s wife born?

Who makes more money, Tom Brady or his wife?

According to many reliable sources, Tom has a net worth of $180 million, while Gisele has a net worth of $400 million. Tom gets his primary share of fame and fortune from being a superstar athlete for the National Football League. With this, he has endorsements and royalties from popular brands such as Under Armor, Beats, and Intel. He belongs on the list of highest-paid athletes of all time.

Gisele is the most beloved Brazilian supermodel and celebrity of all time. She has appeared in all celebrity magazines that include Sports Illustrated, People, Celebrity, and so on. The list just goes on. She has appeared in thousands and thousands of advertisements both in her home country and almost all parts of the world. She owns endorsement deals for Calvin Klein, Louis Vuitton, and Pantene, to name just a few.  Gisele has sold award-winning bestselling books on top of all she has accomplished! In other words, her fame and fortune are beyond imagination! At this point, there is no sign to indicate that her earnings will slow down.

What is Gisele Bündchen’s net worth?

Gisele has a growing and whopping net worth of $400 million.

The Best Shots of  Gisele Bündchen

I’m excited to partner with @IWCwatches as they understood the importance of having a more sustainable business to promote real changes. In joining forces together, we hope to create a positive impact on our world for ourselves and future generations. 💚 https://www.instagram.com/p/CgefeCZgaaj/?igshid=YmMyMTA2M2Y=

Whether you are looking to get in touch with Gisele Bündchen, or want more news and goss, we may be able to help! Contact us and we will do our best to get you all the answers.