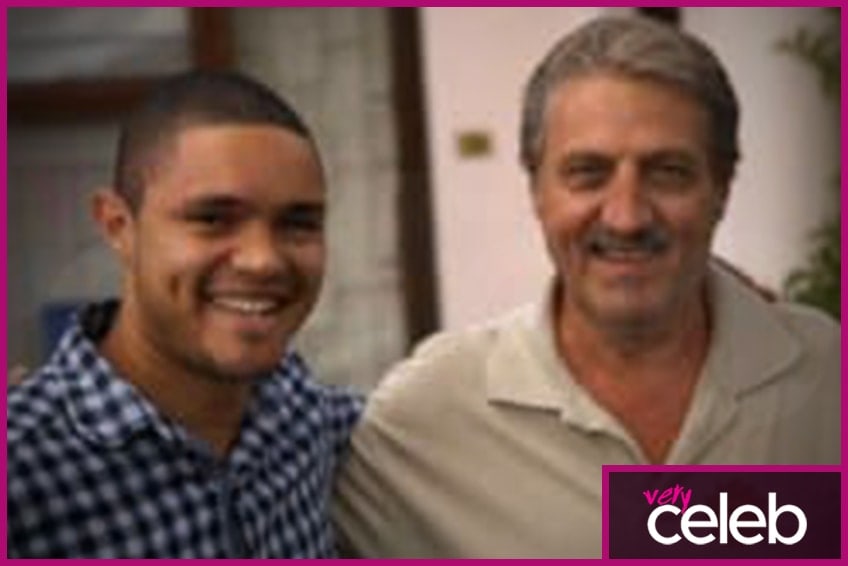 Who are Trevor Noah’s parents?

Trevor Noah is a famous stand-up comedian, writer, actor, and television host who hails from South Africa. He currently hosts The Daily Show on Comedy Central. He is also known for his political comments on various government proceedings.

Trevor was born in Johannesburg to two loving parents, Patricia Nombuyiselo Noah and Robert Noah. Patricia has lived an extraordinary life, boasting many personal accomplishments and triumphs over her abusive ex-husband, whom she is now divorced from, and immigration.

Robert and Patricia were not legally married when they had Trevor because, at the time of his birth, interracial marriages and relationships were illegal under apartheid law. However, Patricia was determined to have a child with him, despite his hesitation and in the end, they had a baby together. But, Robert is not listed as Trevor’s father.

Where are Trevor Noah’s parents from?

Patricia is South African and of Xhosa ancestry, while Robert has Swiss-German roots.

Here’s Trevor talking candidly about his relationship with his parents:

How old are Trevor Noah’s parents?

Patricia and Robert’s ages are not known to the public. All that is known is Patricia was 24 and Robert was 46 when the pair met and fell in love.

What are the jobs of Trevor Noah’s parents?

Patricia’s job is not currently known to the public at the moment as she prefers to keep a private life.

What is the net worth of Trevor Noah’s parents?

Neither parents’ net worth is available at the moment. But, Trevor Noah is worth $30 million this 2020.

Trevor’s parents had him out of wedlock, as marriage between a mixed-race couple was illegal at the time, and  Trevor’s mother re-married later in her life. However, Trevor’s abusive stepfather, Abel Shingange, Patricia’s new husband, shot her in the head. She miraculously survived as the bullet went through the back of her head through her nose, and although found guilty, he only received probation. Shingange then threatened Trevor’s life, which prompted the sudden move from  Johannesburg to Los Angeles.

Trevor Noah on how he deals with pain in his life:

Actually if you watch my stand up you’ll see that I did make jokes after my mother was shot in the head. As a comedian I use comedy to process pain and discomfort in my world but I am sorry that this hurt you and others, that’s not what I was trying to do. https://t.co/OuVnkHyIfG

Trevor claims that when he was around 10 or 11 years old, his mother converted to Judaism, whereas his father’s religious beliefs remain unknown.

Does Trevor Noah have siblings?

Aside from Trevor, Patricia and Robert do not have any children together. But, Patricia does have other children from her marriage to Abel Shingange, which was reported to be an abusive one.

Trevor has two step-brothers named Andrew and Isaac Shingange. They were the product of Patricia Noah and Ngisaveni Abel Shingange’s marriage in Johannesburg.

Comedian from South Africa. I was in the crowd when Rafiki held Simba over the edge of the cliff, like an African Michael Jackson.

I came dressed to see Michaela Coel win an Emmy and I wasn’t disappointed!

Santa Barbara, your energy was 🔥🔥🔥 last night! Appreciate everyone that came out to the show!🙏🏾 TY! 📸:@betsnewman #BackToAbnormalTour

Back in the lab. The Daily Show returns TONIGHT.

I went from hanging out in my living room, by myself, to hanging with 32,000+ people over the last two nights.🤣🤣🤣Thank you London for such an incredible welcome back!🙏🏾#BackToAbnormalTour #O2ArenaLondon
📷: @LantyZhang

Ask us more and find out everything you ever wanted to know about your favorite celebrity – or perhaps, even get in touch with them!

Who Are Chris Watts’ Parents? All the Goss on Ronnie and Cindy Watts

Who Are Hailey Baldwin’s Parents? – The Lowdown on Stephen and Kennya Baldwin