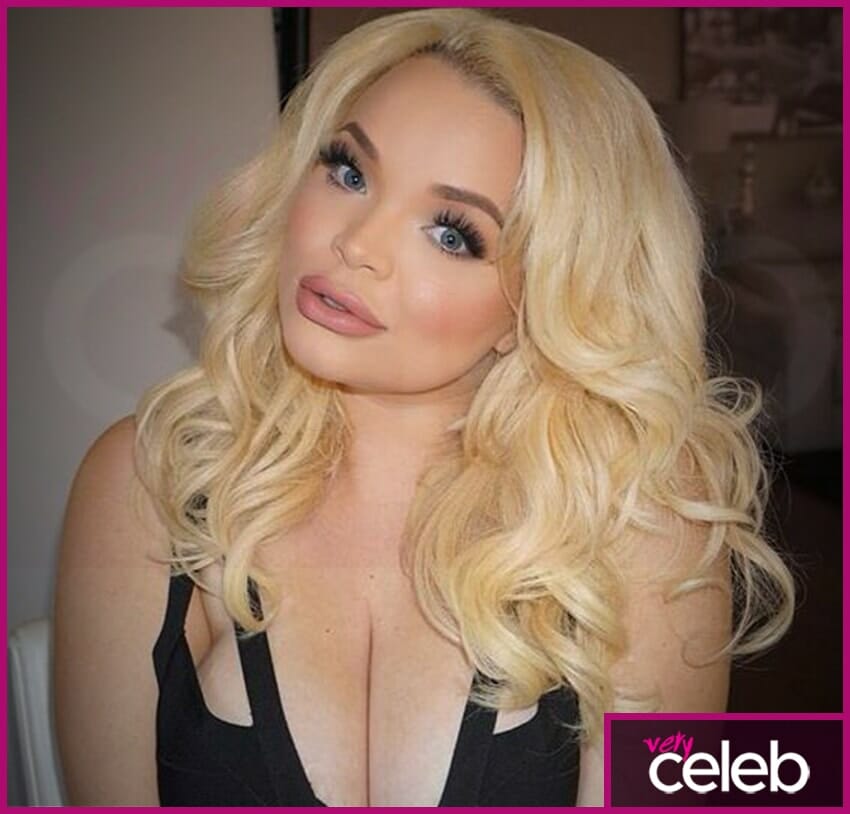 Trisha Kay Paytas is a US-based social media personality, who is currently 34 years old. She was born on May 8, 1988, in Riverside, California in the United States. This means she was born under the sign of the Bull, and like other Taureans, she is feisty, determined and holds a grudge!

However, not content with sticking to social media, she has successfully grown her fan base thanks to a regularly updated YouTube channel where she showcases her talents as a singer and actress, and now has more than 5 million subscribers and 1.5 billion views.

Born in the spring of 1988, the middle child of three – an older brother, and younger half sister, her parents divorced when she was still a toddler. Paytas then moved with her mom from her birthplace of Riverside, California, to the city of Freeport, in Illinois. Upon turning 15, she returned to Riverside to live with her dad and brother.

She started her career as a lingerie model and tried her hand at escorting. Acting, too, added to her talents, and she appeared in numerous TV roles, both in the background and holding more prominent positions, including the 2007 TV series Who Wants to Be a Superhero? where she played Ms Limelight. Paytas has also starred in a number of music videos by artists such as Eminem and Amy Winehouse.

In 2019, Paytas announced online that she was, in fact, female-to-male transgender, but claimed not to want to change pronouns, remaining as ‘she’. Later releasing a video on her channel, she talked about her gender confusion, and identity as non-binary.

What is Trisha Paytas most famous for?📸

As one of the biggest names on YouTube, Paytas was always going to court controversy, and we’re not disappointed. Openly admitting to posting vids just for the clicks, she has received a backlash over her characterization of a Japanese popstar she called Trishii, and again with her controversial song A Jesus Bop, claimed to be in homage to her Roman Catholic faith. Paytas has also had some very public arguments with fellow stars including Ethan Klein, influencers Charli and Dixie D’Amelio, and ex-boyfriend Sean van der Wilt.

What is Trisha Paytas’ height?🤨

Trisha Paytas is 1.63 meters or 5ft4 tall. It appears she may have a ‘thing’ about being out of proportion with her large breasts, and: “everytime I weigh myself, I take 10 lbs off for my t**s…cause b**bs shouldn’t count!”

What ethnicity is Trisha Paytas?🌍

Trisha Paytas is white, but it is often assumed that she is of partly Asian heritage: “I always get asked if I’m part asian, latina, or black….haha. I never understood that. though I wish I was more exotic. just boring white“

What is Trisha Paytas’ weigh?🤷

Trisha Paytas weighs around 180-190 pounds. She used to be 200+ pounds but after an extreme diet plan and exercise, she dropped a lot of weight.

Is Trisha Paytas married or single?💒

Trisha Paytas is currently engaged to Moses Hacmon, they began dating in 2020. She has been in a few other high-publicity relationships, including YouTuber Jason Nash, Sean van der Wilt, Roger Bart, and Anthony Michael Hall.

What is Trisha Paytas’ net worth?​💷

She is reportedly worth $4 million due to her YouTube channel success and acting career.

I think about this every single day

I wanna mukbang with Sayid from Lost

Live your life !!!!! I love being online, making content, but omg life is so beautiful when it’s lived in the real world. Ppl are sweet, the air is a natural endorphin, making babies is fun too (all things that don’t happen online) 🤷‍♀️

I hope one day Britneys sons rally for their mom like Pams sons did for her with Pamela, a love story 🙏🙏🙏 I think brits sons are still a little too young to understand everything. I love both those women. Strong af, hard working-working mamas, beautiful etc 🤩🤩

Get the Lowdown on the Controversial Kid’s Entertainer Blippi