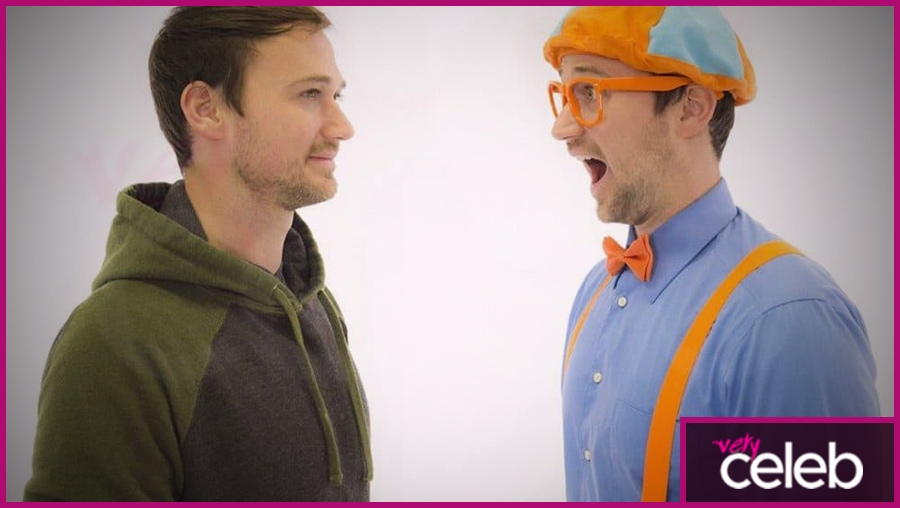 Stevin John, or Stephen J., Grossman is Blippi, a children’s entertainer who publishes kid-friendly videos on YouTube and through subscription on Amazon Video. He uses the platforms to pass on his fun-filled education programs. Specializing in laughter and slapstick comedy, kids learn while having fun.

Before finding success with Blippi, Stevin was a controversial comedian going by the catchy name of Steezy Grossman. Infamous for a viral video – Harlem Shake Poop, this turned out to be definitely not child-friendly or SFW, either. Blippi this video was not! However, he does claim to regret making it and hopes that his fans can see beyond the idiot he used to be.

Being an entertainer was not always his plan. Growing up, he was surrounded by tractors and rural farm life but he dreamed of becoming a limo driver or a fighter pilot – two quite different careers. However, he chose pilot and enlisted in the United States Air Force.

Blippi is known for his energy, curiosity, and childlike enthusiasm, and always appears in his signature blue and orange beanie cap, bright blue shirt, orange suspenders, and a bow tie.

Stevin was inspired to create Blippi after seeing his 2-year-old nephew watching poor-quality videos on YouTube. He wanted to become a better content creator for young, impressionable kids.

The latest Blippi news is that the actor who created the YouTube sensation, Stevin Jones, and has played him since 2014, has been replaced. Clayton Grimm, Blippi’s on-stage actor, left fans puzzled when he stepped into Jones’ shoes on the 8th May 2021.

What is Blippi most famous for?

Blippi is most famous for his funny YouTube videos and Amazon videos that educate and amuse kids. Styled on an “an adult human man who dresses up in bright clothes and dances around America’s deserted soft play centers for the benefit of YouTube”, his content can be divisive among parents, however.

What is Blippi’s net worth?

Reports claim that Blippi’s net worth is $20 million, which he has gained thanks to the millions of kids begging their long-suffering parents to subscribe to Blippi’s YouTube channel!

How much does Blippi make?

It is rumored that Blippi makes $22,000 per day due to the 3.5 billion views on average that are registered on his uploads. His YouTube ads alone make him in the region of $8 million.

How old is Blippi?

Although Blippi isn’t married, Stevin John is. He is married to Alyssa Ingham since 2015, and they often appear together on each others social media.

Does Blippi have any children?

Despite the nature of his videos, neither Blippi nor Stevin have kids. Stevin does, however, have a much-loved dog – a fluffy golden doodle (a cross between a golden retriever and a poodle) called Lyno.

The Truth Behind Steve Wozniak’s Departure From Apple