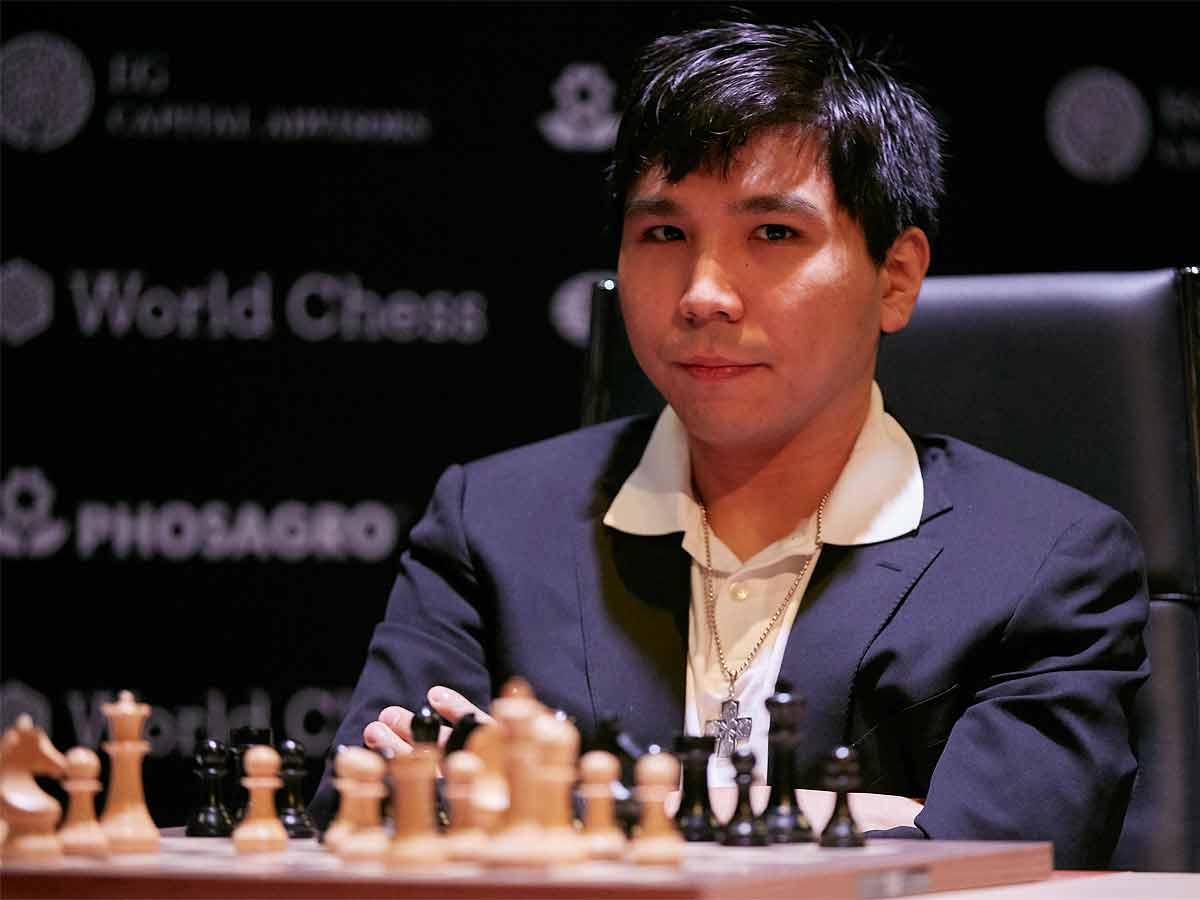 Who is Wesley So?

Filipino-born chess grandmaster, Wesley Barbasa So has achieved the enviable status of being one of the highest-rated players ever. He has won all the major awards several times over and became the youngest person to pass an Elo rating of 2600. This record, set by chess legend Magnus Carlsen, illustrates the long-standing rivalry between the two champs. In an interview in February 2021, Carlsen admits So is his “biggest opponent these days”.

Growing up in a village near the Philippine capital of Manila, he learned chess on the streets. After separating from his parents, Filipino-Chinese William and Eleanor, at 16, So moved into a squat, continued to master chess, and finally won a chess scholarship to the US in 2012. His family, including sisters Wendelle, and Wilma, had already emigrated to Canada, leaving him in the Philippines and this whole episode is a period of his young life that he finds difficult to talk about.

Once in the US, So was encouraged in his chess dreams by Lotis Key and Bambi Kabigting, a clean-cut, church-going American couple who later, unofficially, adopted So, giving him a place to live and supporting his goal. Having his new family behind him made all the difference to his playing confidence, and he started winning every competition he entered.

So’s competitive career began in the Philippines by taking the title in the National Chess Championships aged just 9 years old, before going on to finish 19th in the U-10s World Youth Chess Championship in 2003, coming 13th in the U-12s the following year, and 4th in 2005. This rise through the ranks ably demonstrates how this promising chess prodigy rapidly gained playing strength, strategy, and confidence in his own ability. So took the chess world by storm.

Rise to the top

In the fall of 2005, So finished in 16th place at the Nice International Open, marking his debut into tournaments, and became the youngest Filipino to complete three International Master norms within an astonishing timeframe of four months. So then traveled to Italy in 2006 to appear on the reserve board at the 37th Chess Olympiad. In the same year, he scored an impressive 6/9 at the Masters in Singapore, and a year later qualified for the Chess World Cup. By April 2007, So’s FIDE rating stood at 2519, after increasing over 300 points in the previous year!

In a memorable championship, So, aged 14, achieved his third Grandmaster norm in 2007, becoming the youngest Filipino Grandmaster. The following years saw him increase his FIDE rating, winning the Dubai Open, with a score of 7/9, where he also finished third in blitz chess, and in Jakarta, beating Susanto Megaranto by four games to two, and by 2014, So was sitting in 12th place in the FIDE World Ranking, and about to hit the big time!

As a young player, So had an aggressive and tactical playing style that caught the attention of the Philippine chess champion International Master Rodolfo Tan Cardoso. However, in recent years his playing style has evolved to the more precise and risk-free playing style that we see today.

An epic show off between  Wesley So vs Caruana

How good is Wesley So?

So is a chess Grandmaster, the current, and inaugural World Fischer Random Chess Champion, and the current US Chess Champion, having also previously won the title in 2017. He also holds the Filipino Chess Championship three times over. In 2017 he was ranked as world number 2, and his ELO rating also made him the fifth highest rated player ever.

A recent, exciting blitz game between the Iranian prodigy Alireza Firouzja and Wesley So (played in the Paris Rapid & Blitz 2021 Chess Tour)

Has Wesley So ever defeated Magnus Carlsen?

So beat Carlsen 13 ½ – 2 ½ to become the winner of the inaugural FIDE World Fischer Random Chess Championship.

Is Wesley So adopted?

Wesley So is not officially adopted, however, he was estranged from his parents at age 16 when they left him in the Philippines to emigrate to Canada. On his move to the States, he was taken in by an American family and now considers them his adoptive family.

Why did Wesley So move to the US?

In 2012 So moved to the United States to enroll at Webster University and to give himself a better future, and in 2021 became a US citizen.

How old is Wesley So?

Wesley So is 29 years old. Being born on the 9th October, 1993, the chess superstar falls under the star sign of Libra, well known for being serious and contemplative, which might account for his intense concentration under pressure.

What is the net worth of Wesley So?

Wesley So won over $246,000 from participating in tournaments in 2020. This has given him an estimated net worth of $1 million

Bitty Schram’s Departure from Monk: The Truth Behind Her Exit