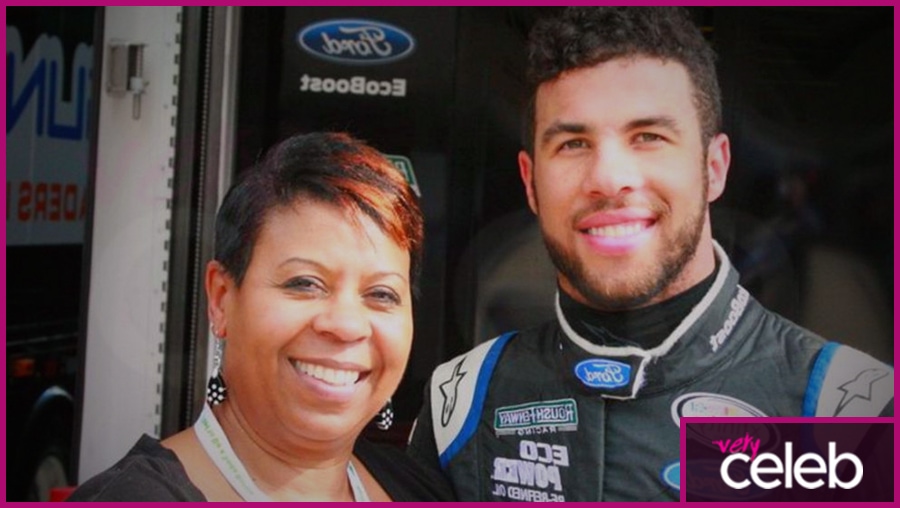 Desiree and Darrell Wallace Sr., Darrell “Bubba” Wallace’s parents have been at the forefront of their son’s rise to one of the top elite NASCAR race drivers in this era. During interviews, Bubba Wallace always mentions how his family have been a crucial part of his success.

Bubba Wallace is of mixed race as Darrell Wallace Sr. is caucasian while Desiree is African-American. Brittany, his sister, and Bubba were both raised by their parents in Concord, North Carolina. Darrell Sr. was responsible for introducing NASCAR racing to his son when he was nine years old. Being a fan of the #3 champ, Dale Earnhardt, it was only natural that Bubba would want to emulate the great man. Although apprehensive due to the obvious racial disproportion represented within the NASCAR world, his mother supported him fully.

When Bubba was starting out on the circuit, his first-ever sponsor was his father, and he made it a point to be present at all his son’s races. In fact, at many races the whole family would attend, supporting their son and brother in standing against the often open racism he experienced.

He became very emotional after his second-place win during the Daytona 500 in 2018, most notably in the post-race press conference upon seeing his mother and sister sitting in the audience, showing his intense love for his family.

Who are Bubba Wallace Jr.’s parents?

Bubba Wallace is the son of Desiree Wallace and Darrell Wallace Sr. Darrell Sr. is a proprietor of a company focused on industrial cleaning while his mother works as a social worker. During her younger years, she ran the track for the University of Tennessee.

Bubba Wallace about his success

There is only 1 driver from an African American background at the top level of our sport..I am the 1. You’re not gonna stop hearing about “the black driver” for years. Embrace it, accept it and enjoy the journey..

Where are Bubba Wallace Jr.’s parents from?

Darrel Wallace Sr. and Desiree Wallace were both born in Alabama, USA, and are both American.

Darrell Sr on the difficulties Bubba experienced as the only black NASCAR driver:

Bubba Wallace Jr. with his mother at the track

Have yourself a day Momma!!! Happy birthday to the best out there, appreciate all you do for myself and the boys! And even your 5head daughter @her_gzzl3 😂😂😂 lovesssssss you MA!

How long have Bubba Wallace Jr.’s Parents been married?

Desiree Wallace and Darrell Wallace Jr got married in the 1990s but divorced when Bubba was very young.

Do Bubba Wallace Jr.’s parents have other children?

Darrell Sr. and Desiree have another child, Bubba’s sister Brittany who competed successfully at basketball and played in the AAU which Desiree fully supported as they were growing up.

How much is Bubba Wallace Jr.’s parents’ net worth?

Desiree and Darrel Wallace Sr.’s net worth is not currently known.

One of the coolest things I’ve ever seen.

Aboard @United Airlines 220 flying over Cape Canaveral as a SpaceX Falcon 9 lifts off. The records of Tennessee's previous 7 head coaches through their 1st 20 games at UT:

How to get in touch with Bubba Wallace and his parents?

Our archives contain all the info you need to get in touch with Bubba Wallace, so if you want to know how, contact us and we may be able to help.

Wesley So – His Journey to Becoming a Chess Grandmaster

Albany Irvin – Was she Pushed? The Truth