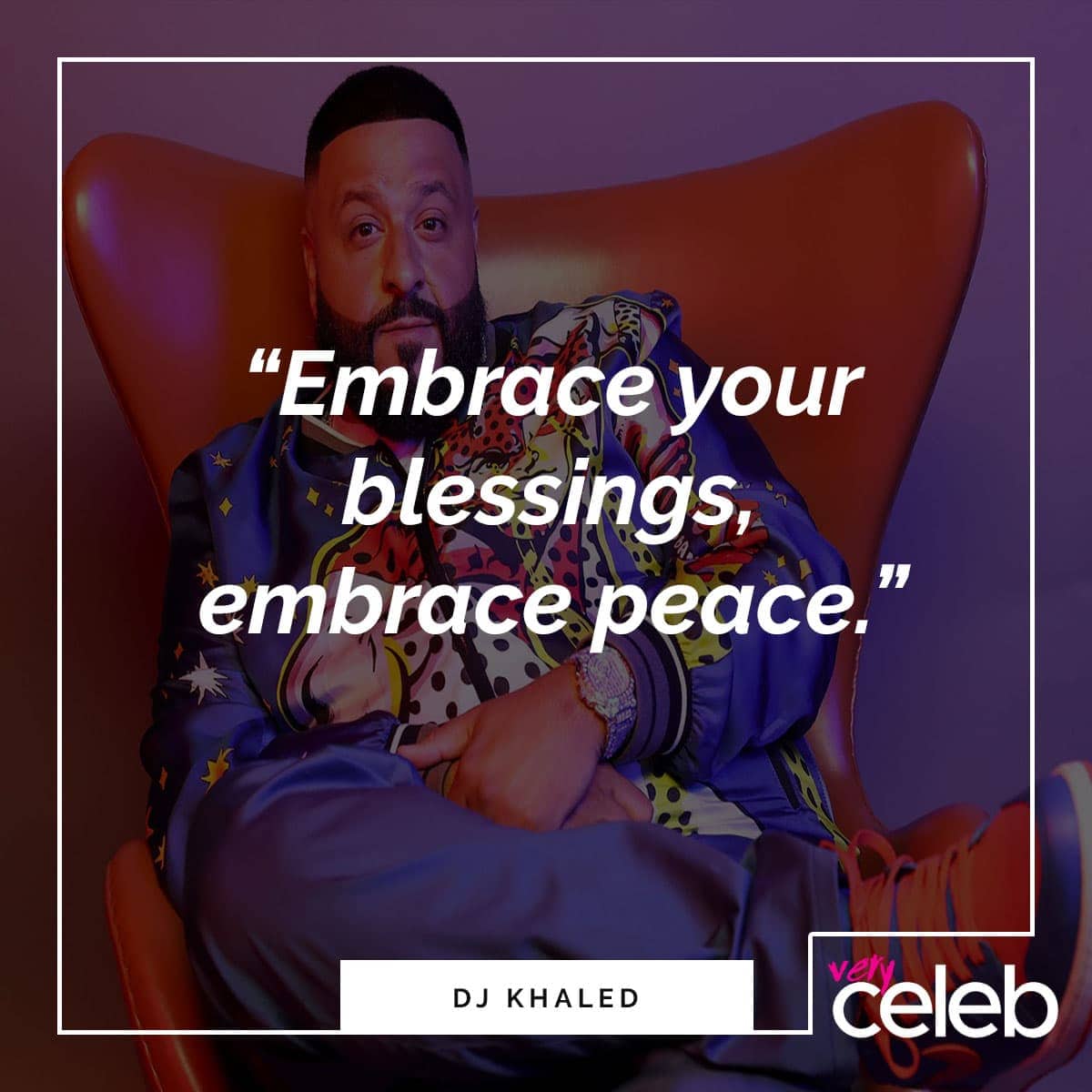 Khaled Mohamed Khaled, professionally known as DJ Khaled is a prominent DJ, record producer, and record executive who first raised to fame as a radio host on 99 Jamz in the 1990s. He was originally managed by Nicole Tuck, who he obviously wowed with more than his music as they went on to date for 11 years before getting married in 2016.  In 2006, Khaled released his first album Listennn…the Album which eventually became successful gaining him a gold certification. In the following years, DJ Khaled released several albums and some of them were featured at the US Billboard 200.

Aside from Music, Khaled also gained prominence as a writer and an actor as he appeared in the movie Spies in Disguise in 2019 and the Bad Boys for Life in 2020. He also owns the luxury furniture line “We the Best Home” which was first seen in August 2018. But the fame of DJ Khaled was tainted when he got involved in a controversy with Floyd Mayweather Jr. The Securities and Exchange Commission (SEC) ordered Khaled to pay a total of $750,000 as a form of settlement for failing to ‘disclose payment accepted from issuers of an initial coin offering.’

1. “You gotta water your plants. Nobody can water them for you.” 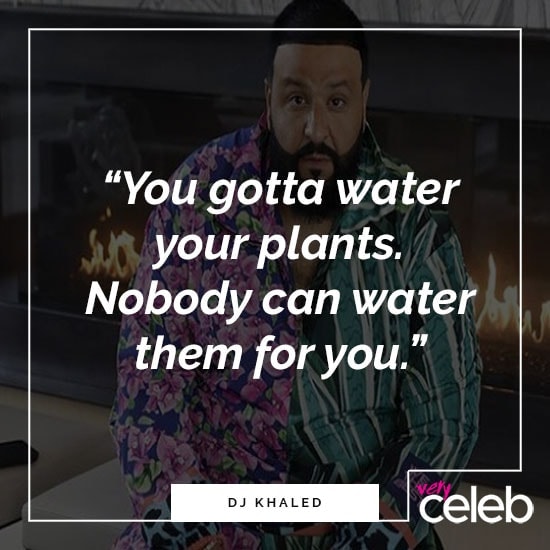 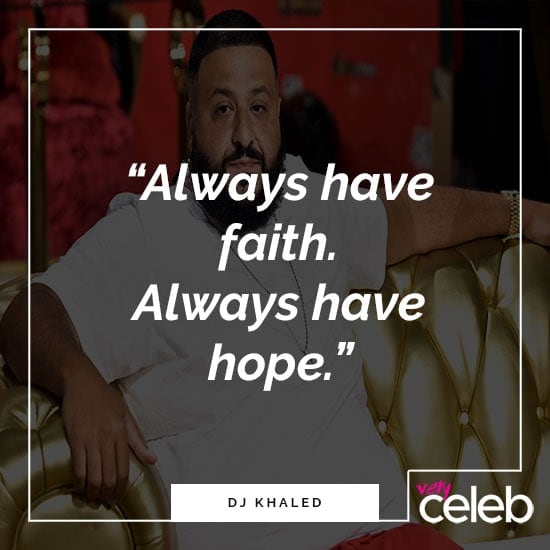 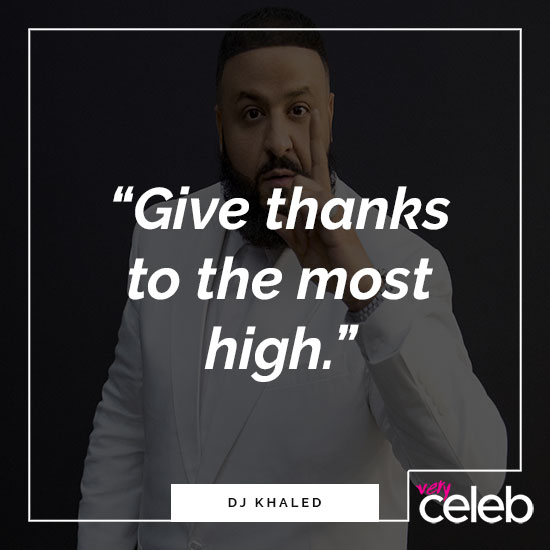 16. “Those that weather the storm are the great ones.”
17. “You smart! You loyal! You’re a genius!”
18. “God has blessed me because I think. No I know that I’ve been put on this Earth to make people happy, to inspire people and to uplift people. That’s a beautiful thing. But the only downfall about it is that I really don’t have anybody to do that for me. But it makes me super strong because I do know that if I’m having a bad day, I can come up here and make Ebro and y’all laugh and smile.”
19. “I didn’t want to be an artist in the same place I worked. You could always have people that might feel like you would do something more for yourself.”
20. “People will try to bring you down, but you gotta go up.” 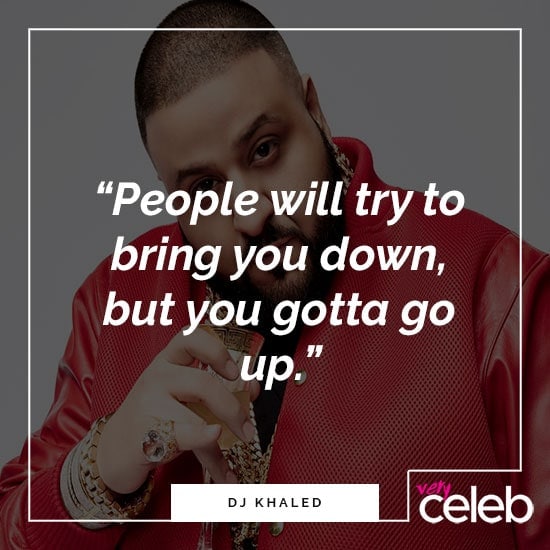 21. “Sometimes, you might meet somebody that you love that’s turning into a ‘they.’ My key is invite them to Miami and take them to the ocean and let them jump off the boat in the ocean, on the sand bar, and cleanse off and pray and then go take a shower, and hopefully the ‘they’ is out of you.”
22. “Key to more success is clean heart and clean face.”
23. “They don’t want you to win”
24. “Watch your back, but more importantly when you get out the shower, dry your back. It’s a cold world out there.”
25. “Be a star. Be a Superstar.”
26. “All I do is WIN, WIN, WIN no matter what.”
27. “Winning, to me, is easy. Winning more is the challenge.” 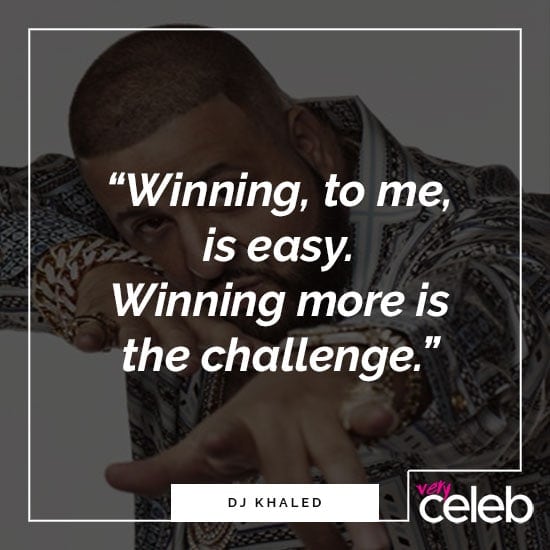 28. “When you stop making excuses and you work hard and go hard you will be very successful.”
29. “The key is to enjoy life, because they don’t want you to enjoy life.”
30. “In life everyone has a choice. The key is: make a right choice.”
31. “We have to get money. We have no choice. It cost money to eat.”
32. “To succeed, you must believe. When you believe, you will succeed.” 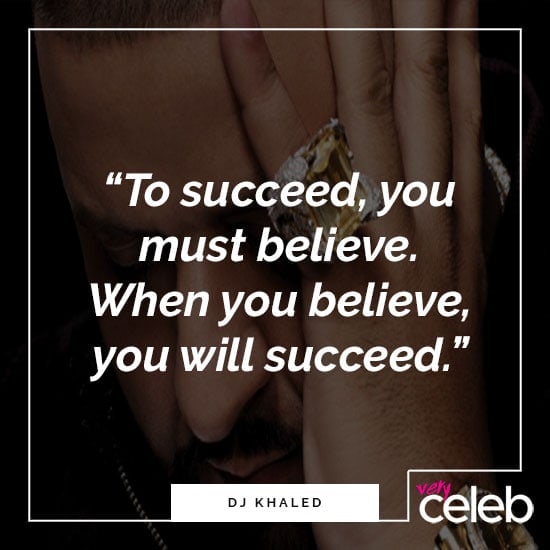 33. “There will be roadblocks but we will overcome them.”
34. “Working all winter shining all summer”
35. “God is the greatest. So at the end of the day and beginning of the day, I thank God.”
36. “Embrace your blessings, embrace peace.”
37. “Stay positive but stay focused. Sometimes things can distract you and you don’t want to be distracted on the journey to that mountain top.”
“They’ are the people that don’t believe in you, that says that you won’t succeed. We stay away from ‘They.’”
39. “They never said winning was easy.” 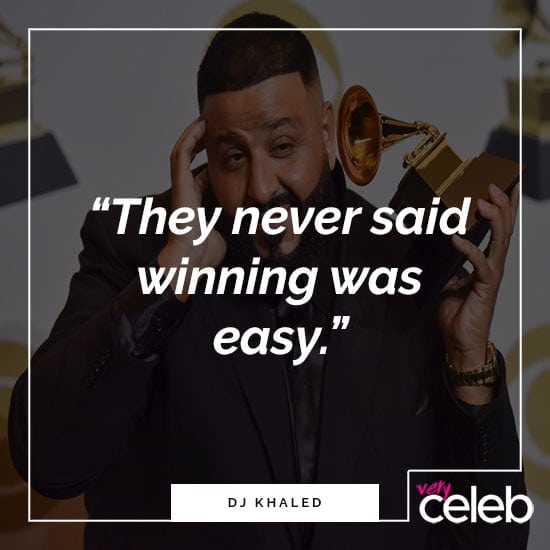 40. “Hate is a waste of emotion, tell ‘em to jump in the ocean.”
41. “That’s when you know you’re the greatest: when you’re the greatest, and people still put odds against you.”
42. “You have to work hard for more success.”
43. “Don’t fall for the trap. Stay focused. It’s about staying focused but at the same time God is the greatest, pray it up.”
44. “Love is the most powerful thing in the world, and you know, what love brings is joy.”
45. “Keep all jealous people away from you.” 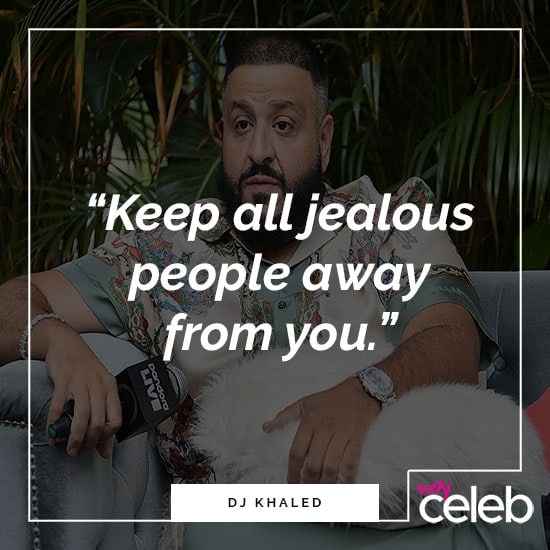 46. “Have good relationships.”
47. “Life is amazing, always give thanks no matter what.”
48. “I stayed focused, and I never surrendered, and now I’ve been blessed. now I take care of my mother, my father, and my entire whole family.”
49. “Stay focused and secure your bag, because they want you to fail and they don’t want us to win.”
50. “I wake up every day inspiring myself because God gave me life.” 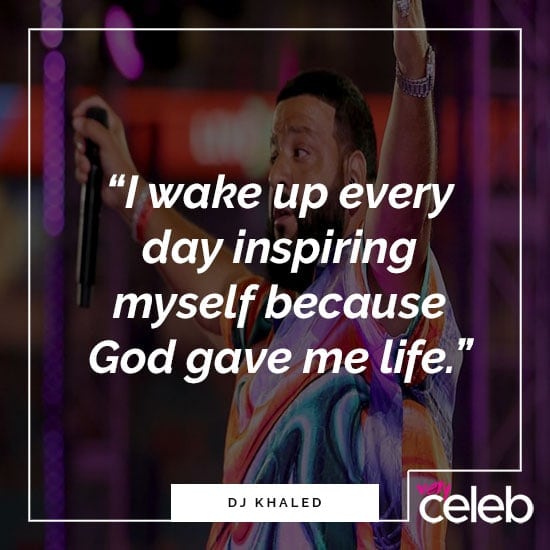 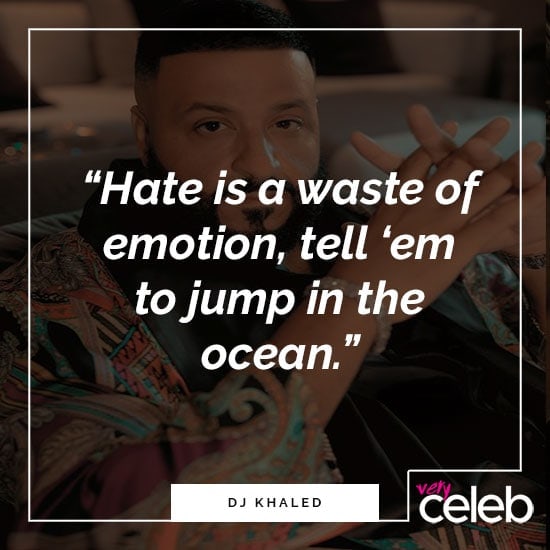