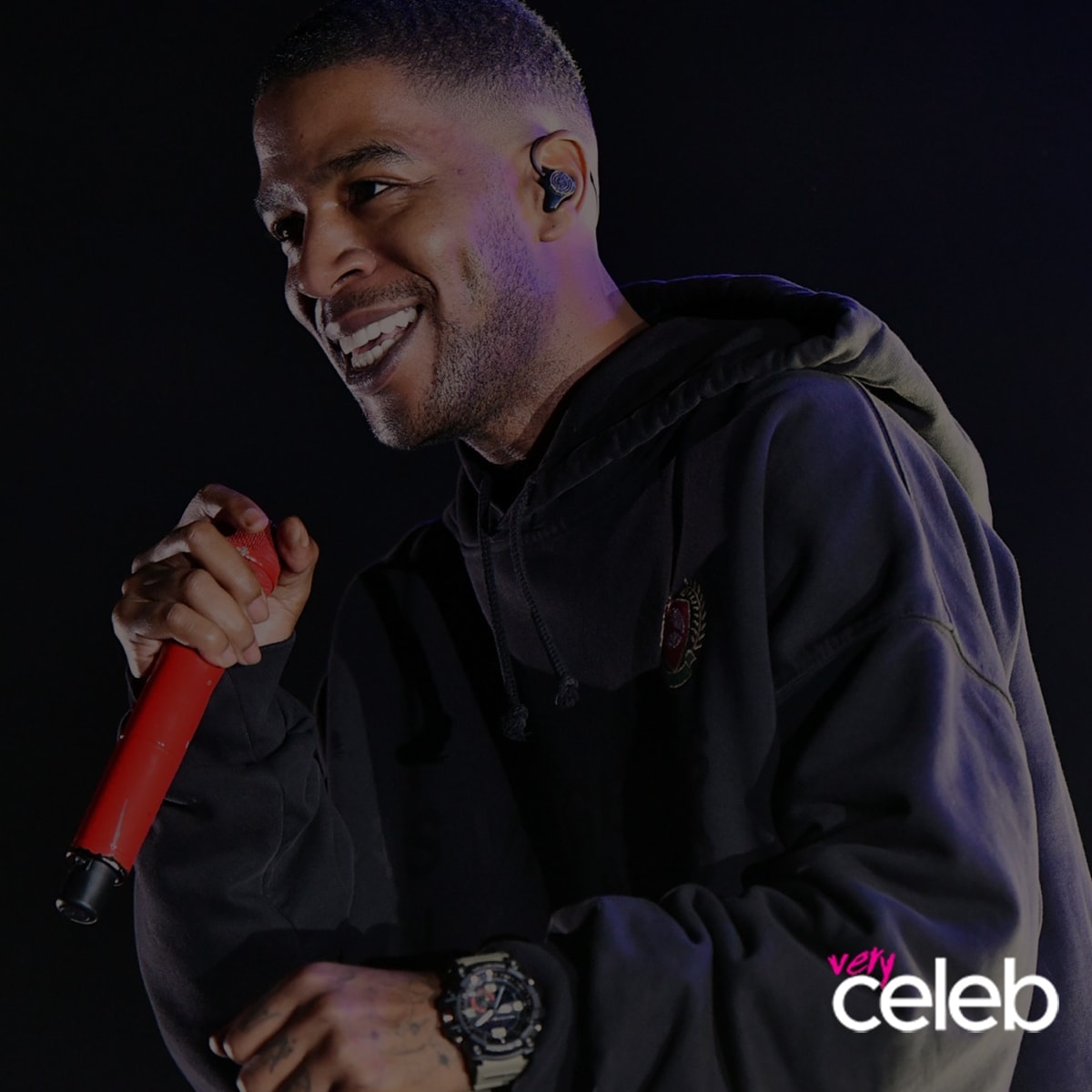 Kid Cudi always had the workings of a successful rapper and talent so much so that so many big names in the rap industry supported and collaborated with him. Kid Cudi whose real name is Scott Ramon Seguro Mescudi was born on January 30, 1984. Kid Cudi was the understudy of nonetheless one of the most respected names in rap and music industry, Kanye West. Actually, Cudi had all intentions of making it big in the rap scene as he moved to the Big Apple to be in one of the epicenters of rap music in the world. And this move would prove to be a wise one as Kanye West found Kudi’s rapping talent unique, eventually signing him to his record label company.

By 2008, Kid Cudi let the world know of his prowess in rapping with his first album Day ’n’ Nite, which of course became worldwide phenomenon. One hit record album came from Kid Cudi and from then on, he collaborated with the biggest names in the industry including Mary J. Blige, Jay-Z, Shakira, Snoop Dogg, Michael Bolton, and Kendrick Lamar! Kid also followed in the footsteps of many of his contemporaries as he went on to star in a number of Hollywood films including Entourage, Need for Speed, and Bill & Ted’s Face the Music. We find out more about Kid Cudi by looking into his best quotes.

1. “I’m an emotional creature. I make music to express that.” 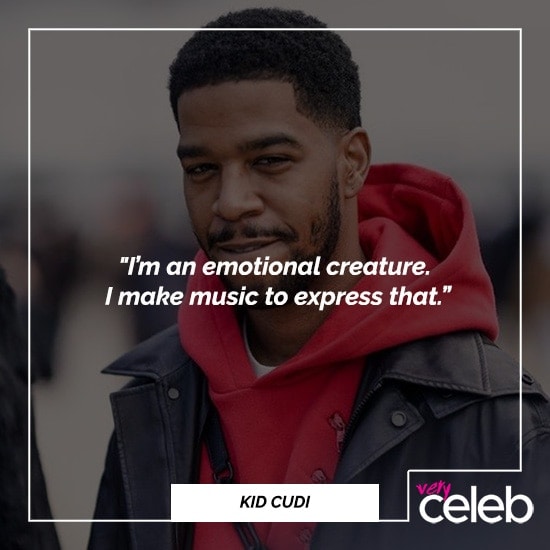 2. “Control your own life. Don’t give a shit about what other people talk about FAM. Haters will shake my hand but I keep the sanitizer on deck.”
3. “At the end of the day, you can’t regret it if you were trying. At the end of the day I’m walking with a heart of a lion.”
4. “I’m on the pursuit of happiness and I know, everything that shines ain’t always gonna be gold. But I’ll be fine once I get it, I’ll be good.”
5. “I’m trying to change the world.” 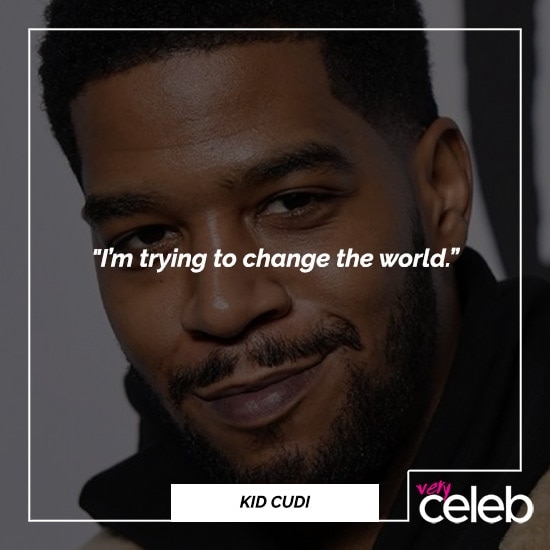 6. “I’ve always felt that because I’m from Cleveland, which isn’t recognized as a place for hip-hop, I needed to step it up if I wanted to make myself known.”
7. “My whole thing is just to put out positive messages in the music, give people something that can change their lives.”
8. Never regret something, because at one point everything you did was exactly what you wanted to do. And sometimes that’s the hardest thing to realize.”
9. “In the end, they’ll judge me anyway, so whatever.” 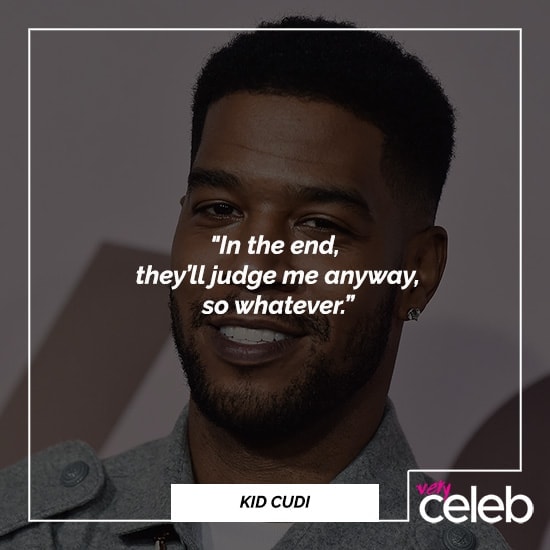 10. “If I fall if I die know I lived it to the fullest, if I fall if I die know I lived and missed some bullets.”
11. ” Once I accomplish one thing and I’m satisfied, I try something else. I may be 50 and doing something totally outside of music and acting. Maybe I’ll become a kindergarten teacher.”
12. “Striving for greatness and wanting to be the best at what you do are essential components to mastering your craft.”
13. “The three things a guy should want to change about his girl is her last name, address and her viewpoint on men.”
14. “Learn from this, there’s a light at the end of the tunnel. Hell does have an exit, and I found it. For those who are still looking for a way out, I left the door open and I’ll be waiting for whoever wants to grow with me.”
15. “It’s true that pain makes people change.” 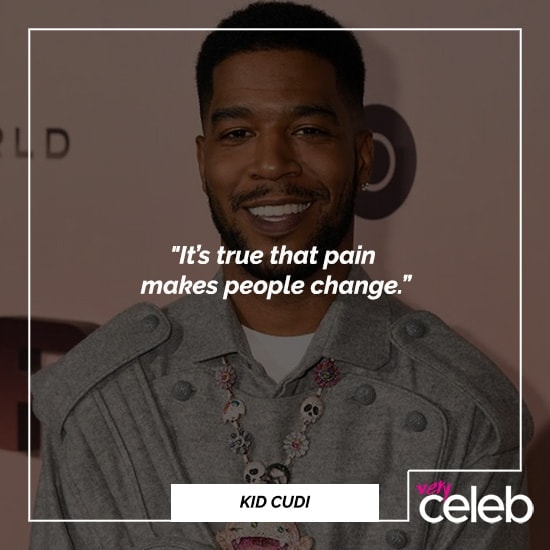 16. “There was a moment in time where I was really focused on the Navy and I followed through with it – I passed the test. I was happy with myself because I was accomplishing something and I was really working towards a goal. That was the first true thing I invested my energy in.”
17. “People say that bad memories cause the most pain, but it’s actually the good ones that drive you insane.”
18. “Sometimes you have to forgive and forget. Forgive them for hurting you and forget they exist.”
19. “When you try to convince yourself that something doesn’t bother you, it usually bothers you more.”
20. “The goal is timeless. Chase the moment and you lose.” 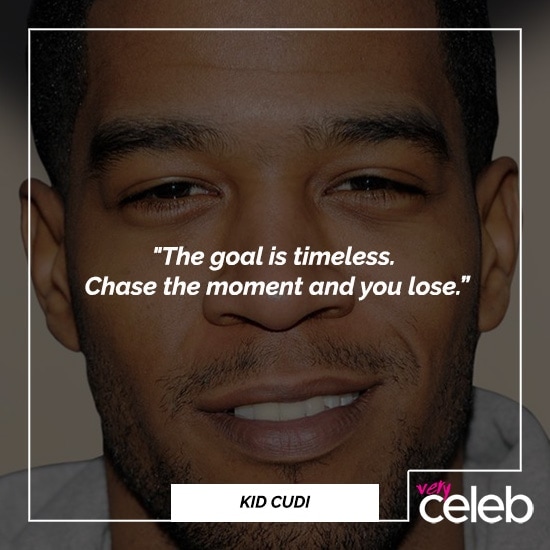 21. “They say we don’t know what we’ve got until it’s gone, but what about, we don’t know what we’ve been missing until it arrives.”
22. “Weird itself, even in the dictionary, is just something that is different and unexplainable. A weirdo is someone who follows their heart. I’m definitely weird, ain’t nothing wrong with that.”
23. “Yeah, but if you’re not doing what everyone else is doing then you’re going to be misunderstood. People are going to wonder why you’re trying to be different; it’s just a natural instinct.”
24. “When life seems hopeless, rearrange things for a dose of dopeness.” 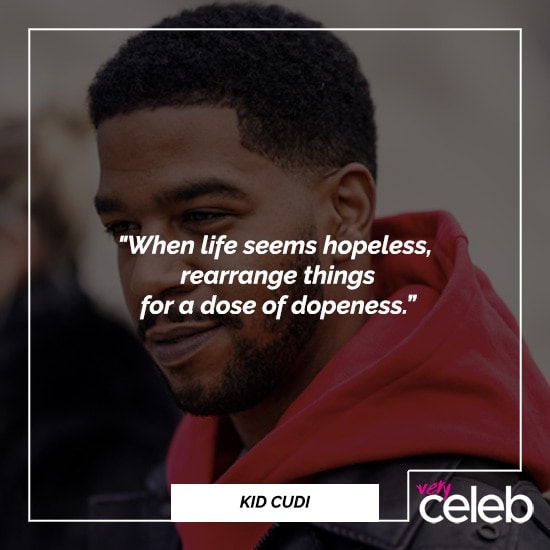 25. “I’ve always been ahead of the curve when it came to trying new stuff in the underground scene.”
26. “Might take a while but eventually you’ll find the ‘good’ in ‘goodbye.”
27. “I have everything I ever dreamed of in terms of stability. But I hadn’t been living that reality, because depression was f—ing me up. So this year I chose to be happy. I just woke up.”
28. “I have to be ahead of myself so I don’t just fit into the realm of everybody who sounds like me.”
29. “I just wanna go on more adventures. Be around good energy. Connect with people. Learn new things. Grow.”
30. “Wake up, life does get tough. No need to stress, holds you back too much.” 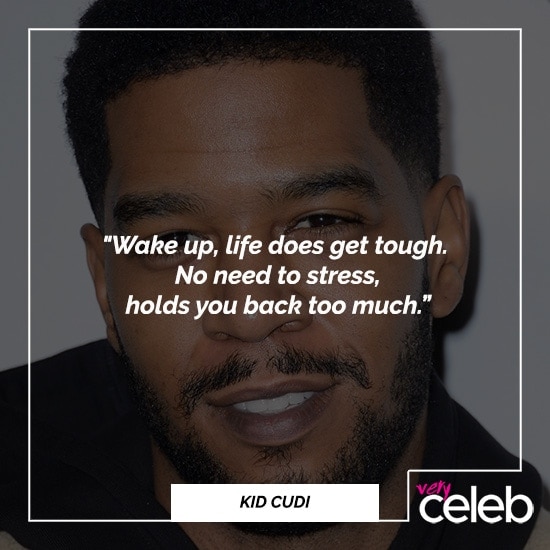 31. “I know it’s easy to imagine, But it’s easier to just do, See, if you can’t do what you imagine, then what is imagination to you?”
32. “Don’t let the sadness from the past and fear of the future ruin the happiness of the present.”
33. “You sometimes think you want to disappear, but all you really want is to be found.”
34. “You can’t judge my choices without understanding my reasons.” 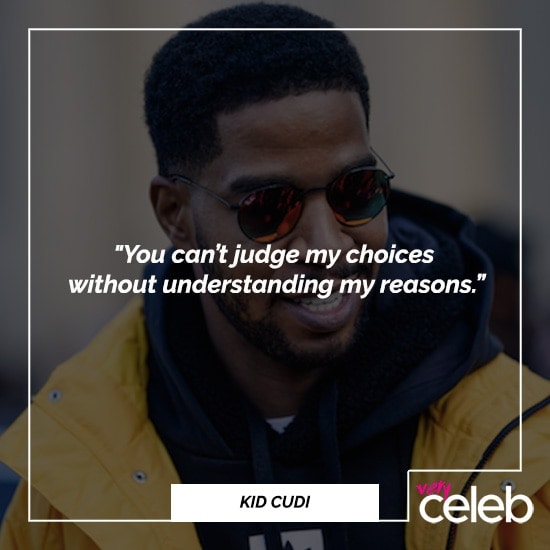 35. “I just wanna learn and I wanna grow. I wanna consume as much information as possible. I wanna be great.”
36. “The people I met and the places I been Are all that make me the man I so proudly am.”
37. “It’s definitely the biggest lesson – not to take things personally. But it’s also the hardest one.”
38. “I’m well known because I do music at a professional level, and a certain magnitude.”
39. “In music, you collaborate with people. It’s supposed to be a mutually beneficial thing.”
40. “All my life I’ve wanted to do something major.” 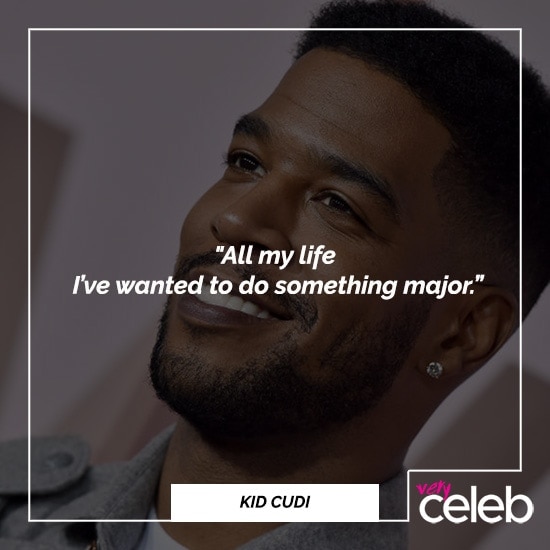 41. “Always say how you feel because you never know if you’ll get the chance again.”
42. “I hope they understand that I really understand That they don’t understand.”
43. “Don’t hold strong opinions about things you don’t truly understand.”
44. “The ones that make it complicated never get congratulated” 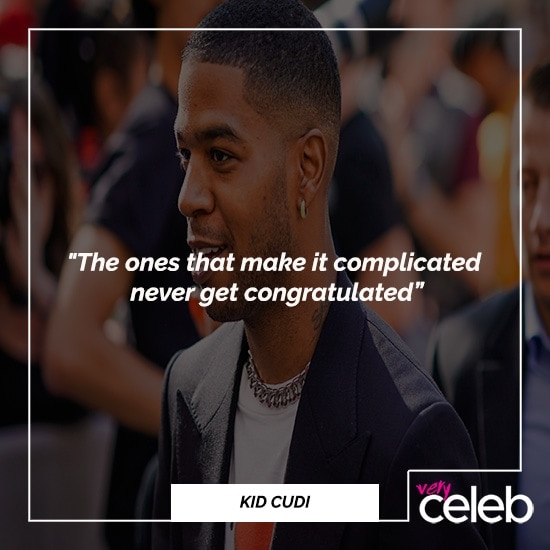 45. “Have you ever noticed, the saddest person has the most beautiful smile.”
46. “I’m very close with my family, so my mom is part of my entourage.”
47. “If you wanna help, inspire, uplift, don’t point the blame and talk down.”
48. “My mind runs I can never catch it even if I got a head start.”
49. “You’d commit suicide trying to read my mind” 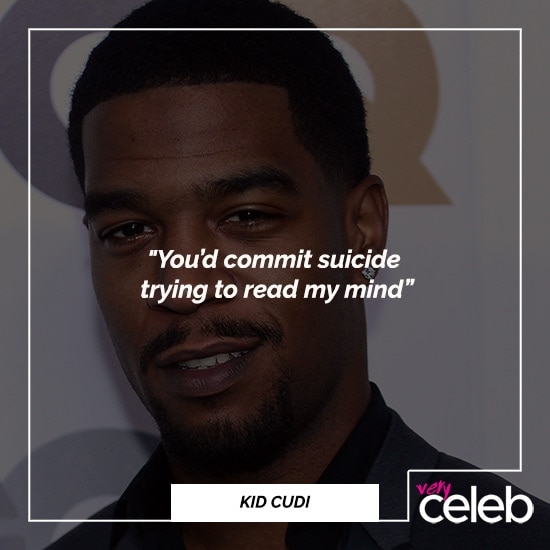 50. “My life is like a speeding bullet that just hasn’t hit the target yet.”
51. “Seeing people shine who deserve it is so f**kin cool.”
52. “Not many people are true, fake as the lies they tell ”
53. “Living life is a choice. Making a difference in someone else’s isn’t.”
54. “Running from your problems is a race you’ll never win.”
55. “My life, my choices, my mistakes, my lessons, not your business.” 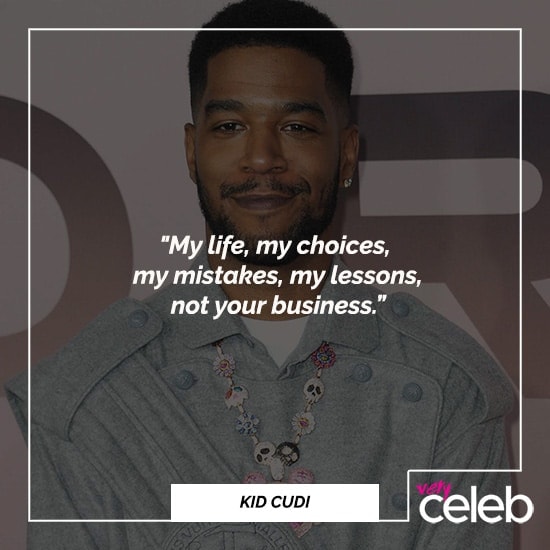 80+ Superhero Quotes to Unleash the Hero in You