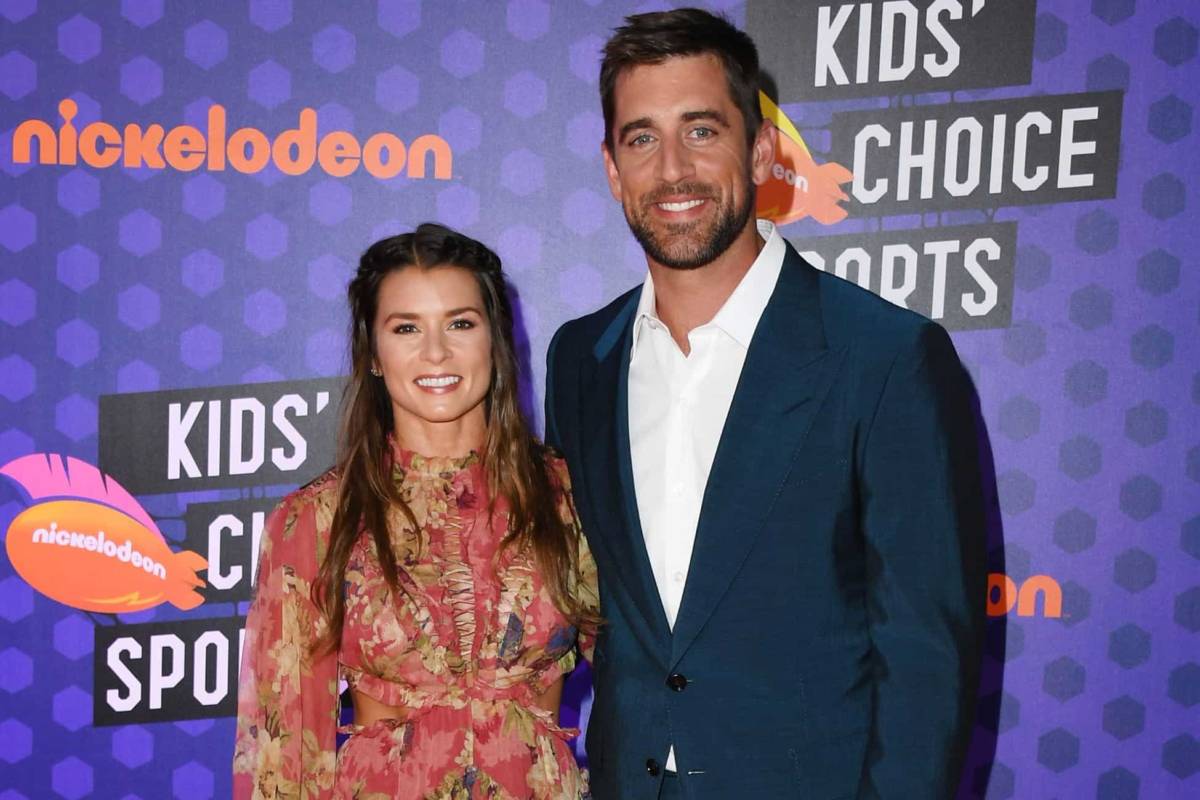 Who is Aaron Rodgers’ girlfriend?

When two titans of the sporting world meet, they form a unbeatable combination. Danica Patrick and her boyfriend Aaron Rodgers, giants in their sports, make one of the most admirable celebrity sports couples. While Danica could make a really strong claim as the best female IndyCar and Nascar racer, Aaron Rodgers is heading for a hall of fame, being a superstar athlete and quarterback for the Green Bay Packers.

It was in 2012 when Aaron and Danica first met at a chance encounter at the ESPYs or ESPN’s awards show. At that time, Danica was married to Paul Hopsenthal. While they eventually divorced, Danica didn’t immediately find love in Aaron as she entertained a co-driver, Ricky Stenhouse, Jr., as her next boyfriend. Aaron was in a relationship with actress Olivia Munn for 3 years until 2017 when the two finally called it quits. Then, in 2018, Aaron and Danica were seen together with two other people dining in an alfresco restaurant. From there, the two were out and about together more frequently until they finally confessed their mutual love for each other.

So, what is Danica Patrick up to? After competing at the Indy 500 in 2018, Danica revealed to her fans that she planned to retire to focus on her businesses which included a wine and clothing brand. Now that Danica has retired, she has plans of settling down. However, as to when she will settle down, nobody knows.

What else do we know about Danica Patrick?

Aaron Rodger’s girlfriend is the retired professional car race driver Danica Patrick. She is by far the most successful woman race driver, winning many races and competitions in the span of her lengthy career. Danica has the distinction of being the only woman to have won the IndyCar Series and being the first woman to hold pole position at the Toyota Atlantic Series. Danica knew she was meant to race, having won multiple karting competition events at an early age. As she dropped out of high school and become a professional racer, she eventually became famous. Danica was not only a talented and exceptional racer, but she also had a compelling personality. This strong-willed woman competed with the best of the best. In 2018, she stepped out of professional racing to become an entrepreneur when she launched her own wine and clothing line.

Danica Patrick is currently in a relationship with football quarterback Aaron Rodgers. The two met in 2012 at a sports awards; however, they were both in relationships at that time. Danica was married, and Aaron would eventually be in a romantic relationship himself. Throughout the years that they weren’t together, they kept in touch. Later on, they realized that they had many similarities as they are both passionate athletes. They finally hooked up in 2018.

How many kids does Danica Patrick have?

Danica does not have kids.

How tall is Danica Patrick and how much does she weigh?

How much is Danica Patrick’s net worth?

Who was Aaron Rodgers’ ex-girlfriend?

Aaron Rodger’s past girlfriend was actress Olivia Munn. They were together from 2014 to 2017. Although there were talks of engagement and marriage, the two separated. Currently, Aaron is with his new girlfriend Danica Patrick. Like Aaron, Danica is a sports personality and athlete. Olivia Munn is now dating Tucker Roberts.

Made it back a month ago from Machu Picchu by the skin of our teeth. What an amazing sight to see and FEEL! I can’t wait to travel again! I’m a good homebody, but I love to see the world. There is so much beauty out there!!!! I think it’s also the easiest way to let go of cultural biases. We are more alike than different. And if we are different….. sometimes it’s better…. And I learn something. ☺️ . I know it’s a tough time right now with work and money, but if you have the ability to plan a trip, it’s a great time to research. Might even be some good deals out there too! And if you can’t, dream into it for the future!

We are all capable of mental wellness, we sometimes just need to learn the right steps to get there. Watch the full episode of my #PrettyIntense podcast with wellness & holistic physiologist Dr. Nicole LaPera, available now: https://youtu.be/L2JdTnD-YxM

From Nascar to IndyCar, this legend is definition of #PrettyIntense. @JimmieJohnson joins me on the podcast to talk about the crazy transition and why it was essential for him to take the leap. http://DanicaPatrick.com/Podcasts

She traded in the rose and danced her way into our hearts. @kaitlynbristowe joined me on my #PrettyIntense podcast to talk about ballroom prep, vulnerability and depths of strength. Watch the full episode: https://youtu.be/orDUIbIEk_0

Wine and deep convo are my jam. 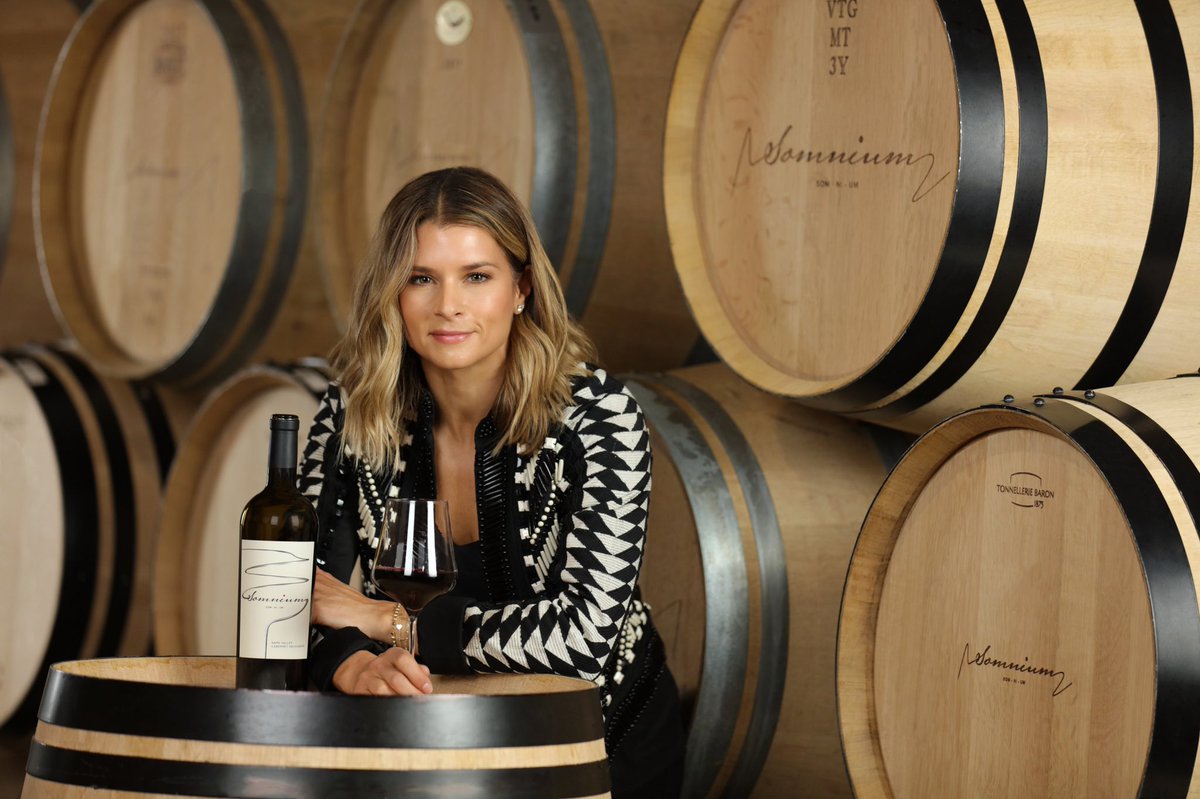 "Somnium is all about the purpose of life, finding a way to sit with the people you love, to open up, connect & forget about your phone & work, & to be present. This is all at the core of having and making wine...to remind people to get back to each other.” [email protected]

Want to speak to Danica Patrick?

The Very Celeb team can find intricate details about Danica Patrick’s life, which sometimes includes their manager or personal contact info. Ask us here and we’ll make every effort to deliver.

Get The Goss on Chris Evans’s Ex-Girlfriend Jenny Slate