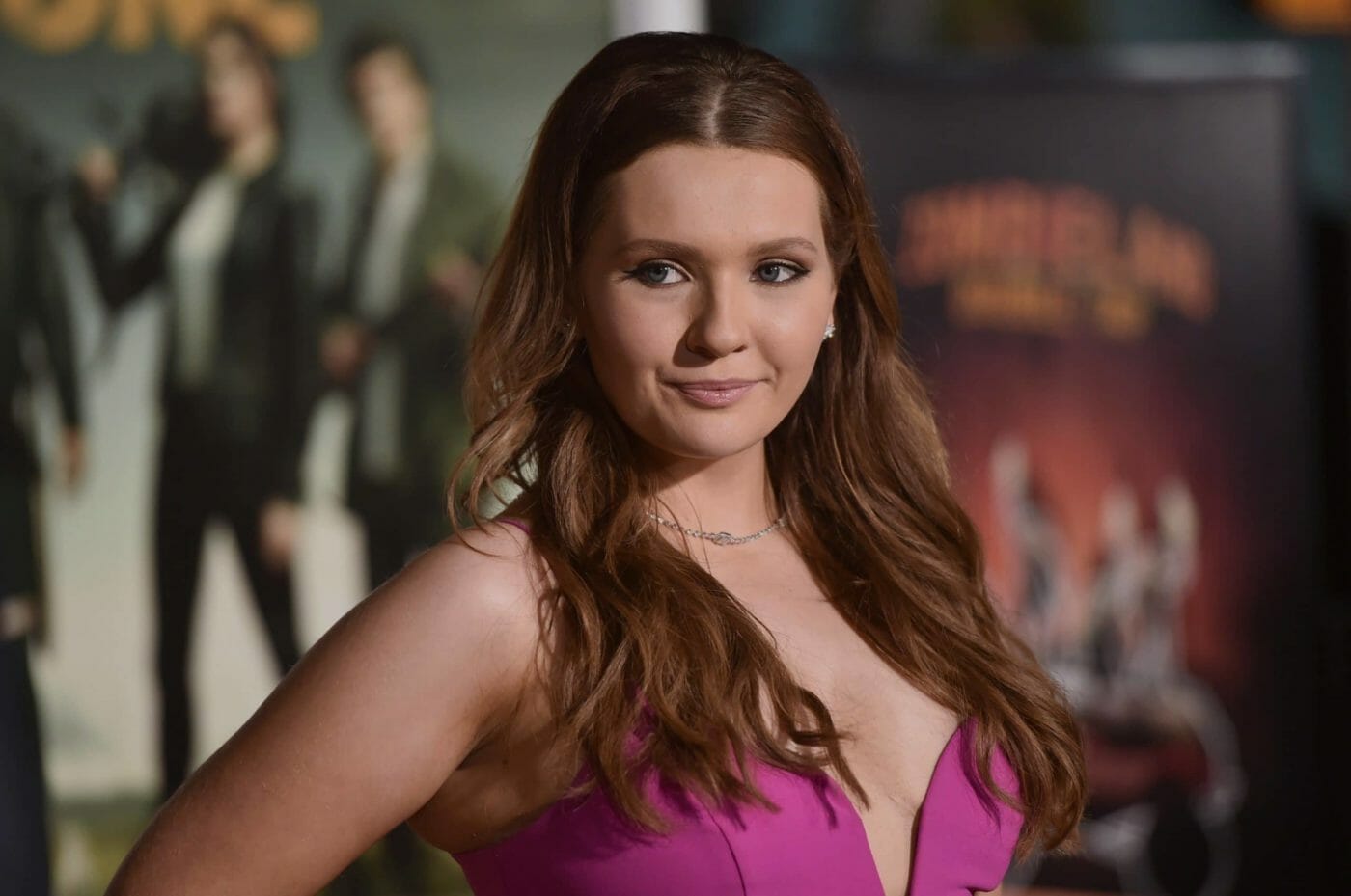 American actress, Abigail Breslin’s career began when, as a three-year-old, she started to appear in TV adverts, but her first movie role was in M. Night Shyamalan’s 2002 horror film, Signs. She received a huge amount of praise for this role, setting her up for a big future. With a small part in the 2004 Princess Diaries 2: Royal Engagement, followed by the independent cult movie, Keane, Breslin was rapidly becoming a household name.

A New Yorker from birth, Breslin’s mom, Kim, was a talent manager – no doubt giving her a helping hand to stardom, while her father, Michael was a computer programmer. Her two older brothers, Ryan, and Spencer are also actors – more ‘help’ from mom? 😉😉😉

Breslin’s father was hospitalized in February 2021 suffering from COVID-19, and she has asked for “prayers and positivity” for him.

What happened to Abigail Breslin?

In 2017, Breslin opened up about the rape she suffered from an ex-partner, and her subsequent post-traumatic stress disorder (PTSD). She didn’t report the attack at the time due to being  “in complete shock and total denial”  saying she “feared not being believed”. Breslin also feared that her attacker would come after her family.

Who has Abigail Breslin dated?

Around 2017, Abigail Breslin was dating English actor Freddie Highmore. Breslin and the Charlie and the Chocolate Factory star were widely believed to be in love. Breslin’s current boyfriend is Ira Kunyansky, and they have attended a number of red carpet events together.

What is the nationality of Abigail Breslin?

Abigail Breslin was born in New York City. She is an American through and through.

How tall is Abigail Breslin and how much does she weigh?

Abigail Breslin stands 5 feet and an inch tall. She weighs less than 110 pounds.

Is Abigail Breslin married or single?

Abigail Breslin has been dating Ira Kunyansky for the last four years. They seem very much in love and are often seen at red carpet Hollywood ceremonies together.

How much is Abigail Breslin’s net worth?

Abigail Breslin has a net worth of around $15 million earned from her hugely successful acting career.

How many kids does Abigail Breslin have?

one time I tore my deltoid and my bicep while buckling a seatbelt and I’m not lying. ✨WITCHCRAFT is out now on Spotify+Apple Music. hex is out 11.16.21

Going thru important wedding details with my fiancé and he said he had ideas. They were:
“A game where people run around trying to meet ppl with first names and whoever gets thru the alphabet wins!” And “Bowling!”

It’s @LilyLaneMusic’s bday so plz stream all of her music on Spotify and send her funny dog videos. Thank you. More posts about the national holiday in the morning

P.S he followed it up with the ever charming phrase “well then you shouldn’t have your tits hanging out.”… 🙄

Vanessa Villaneuva, All the News on The Ex-Wife of Chris Perez