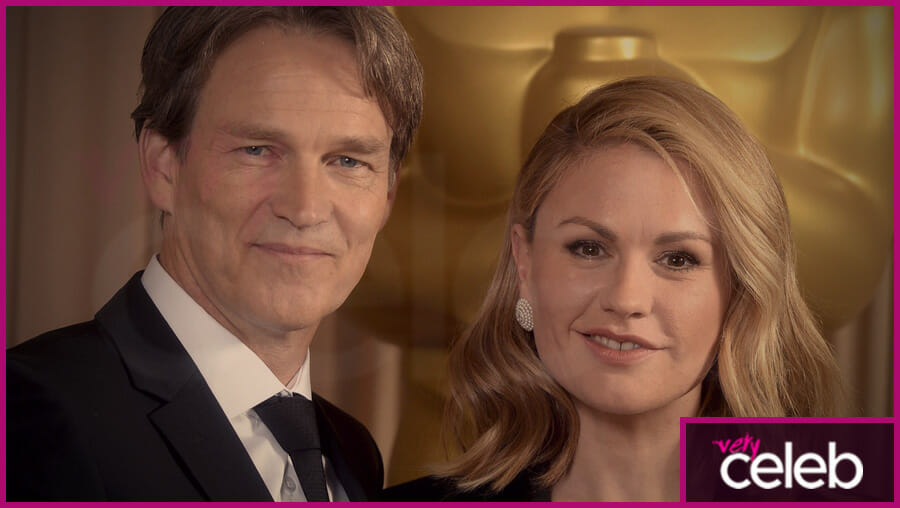 Born on 24th July 1982, many will remember Anna Paquin as the mutant Rogue in the X-Men franchise that started its run in 2000. However, her very first casting took her straight to the top, winning an Academy Award in 1993 for Best Supporting Actress for her performance in The Piano. This 19th-century drama saw her playing opposite Holly Hunter, Harvey Keitel, and Sam Neill, and from there, she was heading for the stars. Amongst her other iconic roles, she played the lead in the hugely popular True Blood from 2008–2014, taking home numerous accolades including Golden Globe Award for Best Performance by an Actress in a TV Drama Series, three Saturn Awards, and a Screen Actors Guild Award.

Born in Canada, Paquin’s mom, Mary, was an English teacher from New Zealand, while Brian, her dad, was a high school teacher from Canada. She had an older brother, Andrew and a sister, Katya, and when she was four the whole family moved to New Zealand. Paquin was a very active child, enjoying gymnastics, ballet and playing the piano.

Her parents divorced in 1995, and Paquin moved back to America with her mother. Living in LA, she attended the Windward School, and went on to study at Columbia University, before dropping out to pursue her acting career.

In 2009, Paquin and her co-star in True Blood, Stephen Moyer became engaged after dating since the start of the series in 2007.

What is Anna Paquin’s full name?🤔

Her full name is Anna Hélène Paquin, but for her whole life she has been known as Anna.

Paquin is married to her co-star Stephen Moyer from the TV show True Blood. The couple started dating in 2007, and all us vamp fans couldn’t have been more pleased 😘😘😘

What is Anna Paquin up to now?🧐

Paquin is a well-known philanthropist. She has also voiced out her support for the LGBTQ community, after coming out as bisexual. She supports Cyndi Lauper’s True Colors Fund dedicated to fighting for LGBT equality and has said: “It wasn’t like it was a big secret, it was just a cause I cared about and privately supported, but not one that I had ever had an opportunity to speak out about in a way that would be useful. Obviously, I know that one person’s voice doesn’t necessarily do that much, but I just wanted to do my bit.”

Which performance Anna Paquin win an Oscar for?🏆

Paquin is the youngest to have ever won an Academy Award. She won it in 1993 in the romantic drama The Piano. As a newbie, Paquin captured the hearts of many as she won Best Supporting Actress.

What is Anna Paquin best known for?💭

Paquin is known for playing two roles. The first being in the 1993 romantic drama The Piano, where she played opposite the movie greats Holly Hunter, Harvey Keitel, and Sam Neill. Her second iconic role was as Sookie Stackhouse, True Blood‘s leading character.

How did Anna Paquin meet her spouse?🥰

Paquin met her husband on the set of True Blood, the long-running HBO horror series. This was at the start of the show in 2007.

Are Anna Paquin and her husband still together?🔒

Although like all couples, they have had their highs and lows, Paquin and her husband, Stephen Moyer have been happily in love since their marriage in 2010.

What is Anna Paquin’s nationality?🌍

Anna Paquin was born in Manitoba in Canada and is Canadian. Her family moved to Wellington in New Zealand before settling in L.A. in California.

How tall is Anna Paquin and what is her weight?🤷

How much is Anna Paquin’s current net worth?💷

Anna Paquin has a net worth of $18 million, earned from her successful acting career.

Does Anna Paquin have any children?👶

Anna Paquin has fraternal twins, Charlie and Poppy, with her husband Stephen. They were born in 2012, and the couple also have a grown-up son, Billy, and daughter, Lilac, from Stephen’s previous relationship.

Ahmaud Arbery should be alive today.

But I hope that these guilty verdicts for the white supremacists who murdered him gives him and other ancestors some rest.

November 20th is Transgender Day of Remembrance, an annual observance that honors the memory of the transgender people whose lives were lost in acts of anti-transgender violence. Learn more at http://glaad.org/tdor

Tell me again there are not two kinds justice in America!

Abigail Breslin – The Child Star’s Rise to Fame and Beyond!