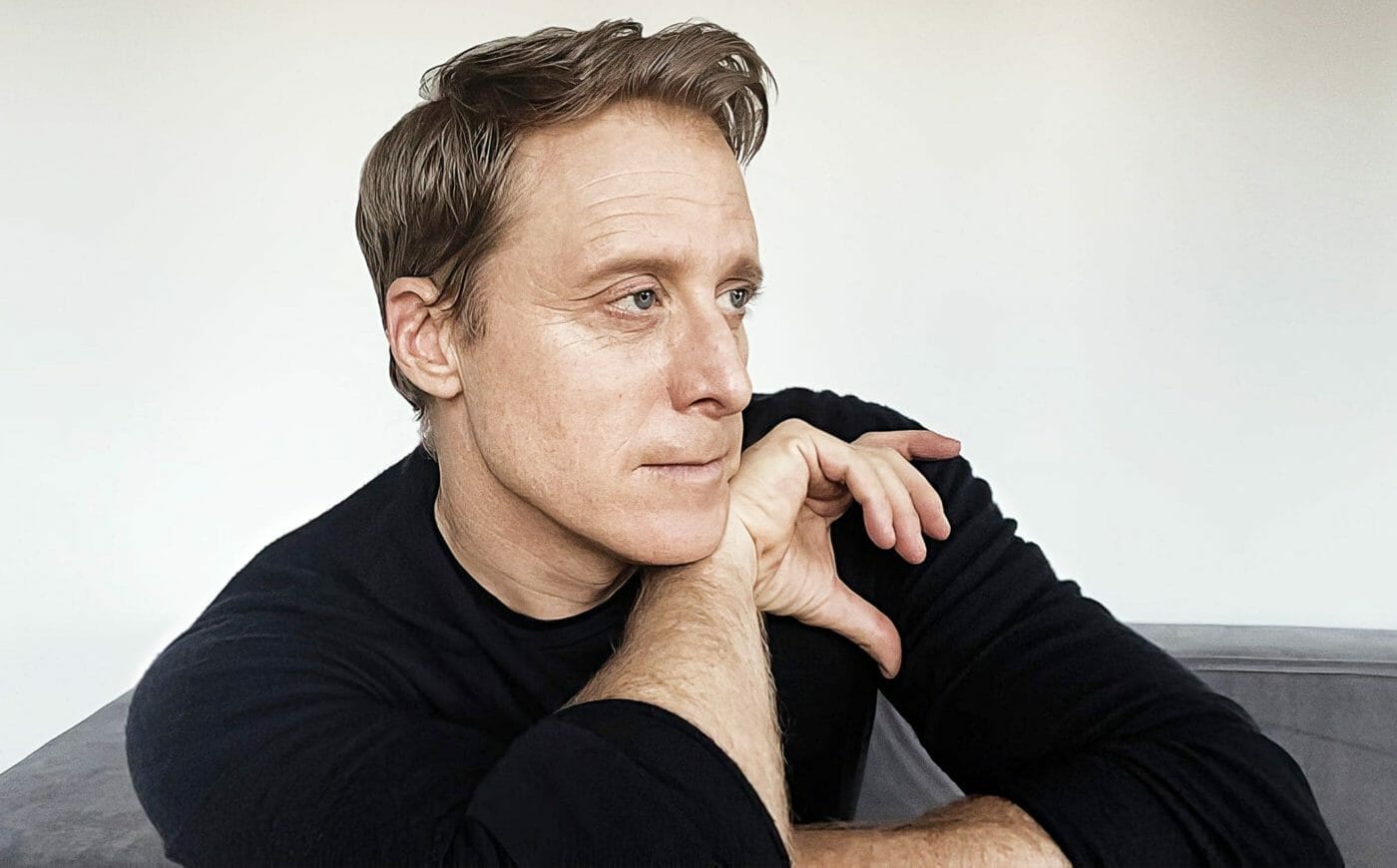 Alan Tudyk is an American television and film actor known for his portrayals in the TV series Firefly and the film Serenity. He is also known for being a voice actor in several animated projects such as Astroboy, Alvin & The Chipmunks, Ice Age: Continental Drift, Wreck-It-Ralph, and Frozen.

Alan Tudyk was born in El Paso, Texas. He has Polish ancestry, hence the surname Tudyk. He attended high school and college in Texas, and had his first taste of performing as a stand-up comedian. In college, he won an academic excellence award for drama for his portrayal in the summer theatre production of Billy the Kid.  He soon entered Julliard School but dropped out without having graduated.

His very first acting role was in 1997 in the film 35 Miles from Normal. However, he got to star in a major Hollywood project in 1998, when he got a part of the film Patch Adams, featuring Robin Williams. This was followed by a string of film parts in the late 1990s and early 2000s.

One of his more notable roles was as a gay German drug addict in the movie 28 Days, where he starred alongside Hollywood A-listers Sandra Bullock and Viggo Mortensen. He also had a short but memorable portrayal in the film Knocked Up. He is also known for his comedic performance in the British film Death at a Funeral.

Aside from his appearances in live-action films, Alan is also known for lending his voice in many animated films. He was a voice actor for animated projects such as Ice Age, Ice Age: The Meltdown, Astroboy, Strange Frame, Wreck-It Ralph, Justice League: War, Big Hero 6, Zootopia, and Frozen.

Alan has also dabbled in theatre performances. He made his Broadway debut in 1999 in the production Epic Proportions. This was followed by several productions such as Wonder of the World, The Most Fabulous Story Ever Told, Oedipus, and Bunny Bunny.

Alan is also known for some TV performances. His most well-known TV appearance was as Hoban “Wash” Washburne in the TV series, Firefly.

Alan Tudyk has also been nominated for the MTV Movie Awards for Best On-Screen Team for the movie Dodgeball: A True Underdog Story. He was also part of the cast that received a Screen Actors Guild Award nomination for Outstanding Performance by a Cast for the film 3:10 to Yuma. Alan also has a Critics Choice Movie Award Nomination for Best Acting Ensemble for the movie Trumbo.

Although Alan Tudyk has a plethora of silly and goofy acting performances under his belt, he has recently announced that he is ready to be taken seriously. In 2020, Alan landed his first lead role in Resident Alien. Chances are, we will be seeing more of his “serious” performances in the future.

Who does Alan Tudyk play in Rogue One?

Alan Tudyk played the droid K-2SO in Rogue One.

Who does Alan Tudyk play in Frozen?

Alan Tudyk lent his voice for the character Duke of Weselton in the animated film Frozen.

Who voiced Hey Hey in Moana?

The voice of Heihei the chicken in Moana belongs to Alan Tudyk. Heihei is a not very bright chicken who gets in a lot of trouble and nearly dies all the time. Alan Tudyk loved voicing this character and he believes it was a great challenge, since the rooster noises were quite hard to make.

Why did Alan Tudyk leave Juilliard?

Even though Alan Tudyk was very successful at Julliard, he nonetheless decided that graduation from this school was no longer of his interest. He has since said that the environment at Julliard did not suit him. However, he still praises the program for what he was able to learn during his time there, especially in terms of voice work.

While there are no videos available of Alan Tudyk singing, he has Tweeted that he got to perform a song with Mel Brooks, which was a dream come true for him. As a result of his immense voice acting talents, it would only be logical that Alan is a proficient singer as well.

I got to sing this song once with Mel Brooks. I did the Dr. Frankenstein and he did the monster. Beyond a dream come true. Didn’t think to dream it. https://t.co/JTQkLe8jZm

What Is Alan Tudyk’s nationality?

Alan Tudyk is American, but he has Polish lineage.

How tall is Alan Tudyk and how much does he weigh?

What is Alan Tudyk’s estimated net worth?

His estimated net worth is $2 million.

How many kids does Alan Tudyk have?

Product of Incredible Parenting – The Rise of Dafne Keen