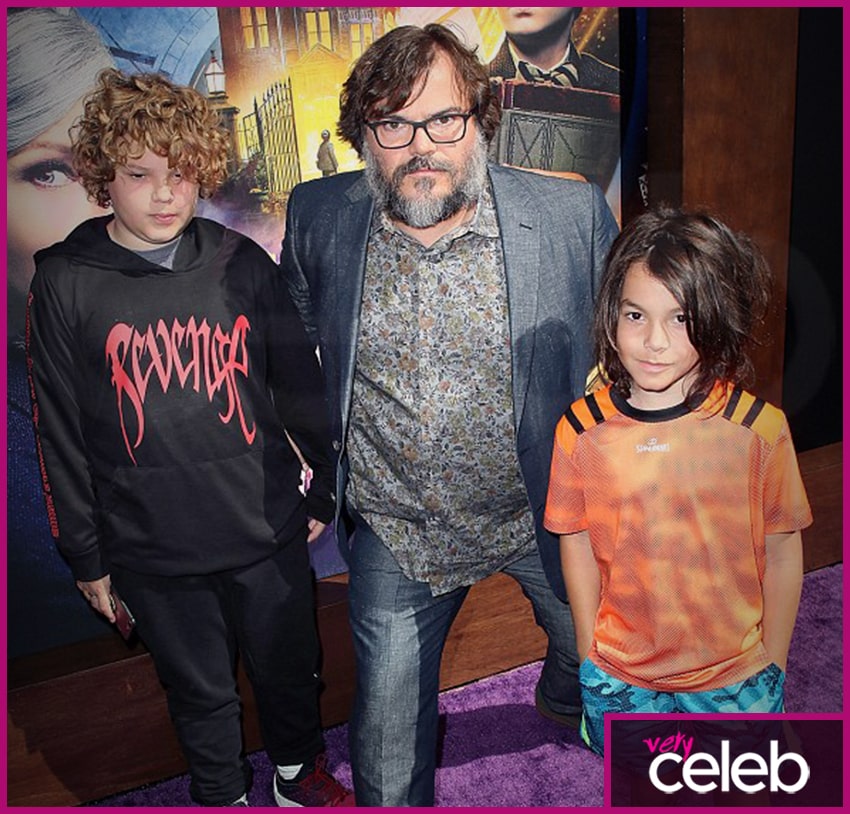 The next big stars?

The Jumanji and Gulliver’s Travels actor Jack Black has two sons, Samuel Jason, and Thomas David Black. Jack is known for some of the most iconic roles in modern movies – School of Rock and Shallow Hal, for example. But he has also made a name for himself as a musician with his comedy rock band Tenacious D.

Sammy Black is following in the footsteps of his dad, taking a starring role in 2016’s Kung Fu Panda. His younger brother, Tommy could also be heading for a movie career. Both boys are incredibly creative, according to their proud dad: “They both have made cool little short films on their iPhones. I [am] so proud and grateful for my family.”

The family appear to be very close, spending holidays together and enjoying fun in the sun – and apparently, sharks are involved in their latest adventure 😱😱😱

When did Jack Black have kids?

Jack Black and Tanya Haden married in 2006. Haden is an accomplished cellist and has played with bands like The Warlocks and Silversun Pickups. She is also a talented animator, with projects that include Kung Fu Panda (2008), and The Muppets (2011). The couple has two children – Samuel or Sammy was born in 2006 and Thomas -Tommy, was born in 2008.

Samuel and Thomas are showing an interest in acting. The eldest son of Jack Black has already started his career, and both boys love making home movies on their phones.

What are the nationalities of Samuel and Thomas Black?

Samuel and Thomas were born at the Cedars-Sinai Medical Center in Los Angeles, making both boys American, like their dad.

How old are Samuel Jason and Thomas David Black?

How tall are Samuel and Thomas Black and how much do they weigh?

As the two boys are still growing and will be for several years to come, there haven’t been any details released, and we feel it would be inappropriate to guess – sorry guys, you’ll have to make your own minds up on this one.

How much are Samuel and Thomas Black’s net worths?

Samuel and Thomas don’t yet have an established net worth,  however, their dad Jack Black is so successful that he gained an estimated net worth of $30 million through his music and acting career. We’re sure the boys enjoy a large portion of that, but maybe their dad will pay this huge bill the boys racked up with their pocket money!

Listen to @BarackObama -- California has a big choice to make on September 14th.

Your vote could be the difference.

Vote NO on the Republican Recall.

There’s too much on the line to sit this one out.

Here it is! A new trailer for my movie #LastNightInSoho. However, if you are already sold and would prefer to know NOTHING more of the secrets within, then avert your eyes now... Otherwise, please enjoy! Either way, I’ll see you in the dark of the cinema on October 29th x