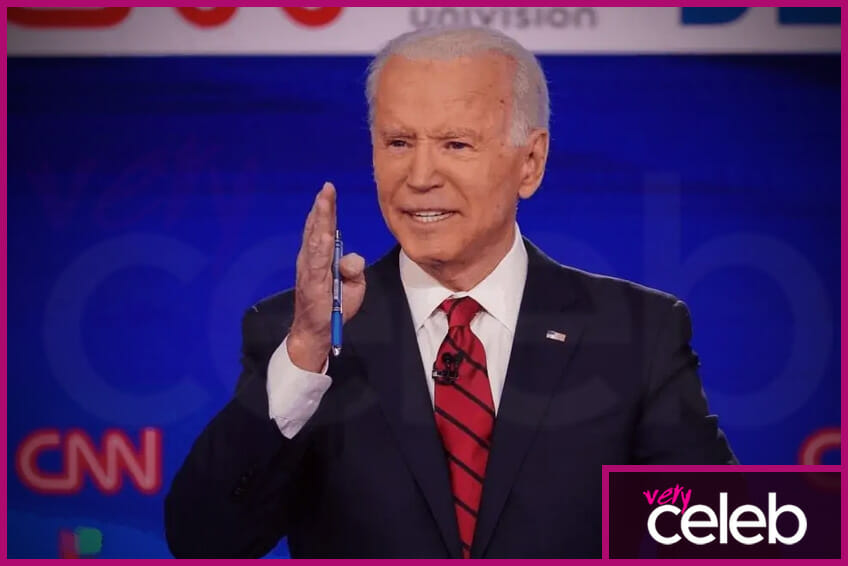 Biden entered the White House in January 2021, choosing as his vice president Kamala Harris – the first woman to hold the post, as well as the first African American and Asian American – lots of firsts there! They hit the ground running and within the first few days signed a law to initiate the American Rescue Plan Act. Designed to increase the rate of recovery from the COVID-19 pandemic for the States, and lessen its impact on the economy. This came alongside the reversal of many of his predecessor’s policies, including the rejoining of the World Health Organisation, and the Paris Agreement.

Catherine Eugenia Biden and Joseph Robinette Biden Sr had their first son, Joe on the 20th November 1942, in Scranton, Pennsylvania. They went on to have a daughter, Valerie 1n 1945, and two more boys Francis and James. The family was raised in the Catholic tradition, Jean being from an Irish family, and Joseph having Irish, English, and French ancestry.

During Joe’s childhood years, the family suffered financial hardship, and lived with Jean’s parents. This allowed the young boy to learn compassion and understanding, which stood him in good stead for his political career.  He was a bright student throughout his education, becoming class president in his latter years – a premonition obvs. He attended the University of Delaware, studying history, English, and as you’d expect, political science.

Biden married Neilia Hunter in 1966, going on to have three children with her – Joseph R. “Beau” III in 1969, Robert Hunter a year later, and then Naomi Christina “Amy” in 1971. Sadly, Neilia and Amy were killed in a car crash in 1972. As you’d imagine, Biden was devastated by their deaths, and lost all interest in life, claiming that “God had played a horrible trick“. However, in 1975, after being set up on a blind date, he met teacher Jill Tracy Jacobs, and two years later they were married. The couple had daughter, Ashley, in 1981. Tragedy struck again when Biden’s first son, Beau, died after a long battle with brain cancer in 2015.

Biden is known for reciting poetry before his presidential debates, and this is a habit from his younger days. Born with a stutter that plagued his childhood, he overcame it by reading poetry out loud while looking in a mirror.

What Are Joe Biden’s Hobbies?🤔

Joe is a devout Roman Catholic, and he regularly attends activities related to his church. He also frequently posts on Twitter.

Following in the footsteps of his father, Joe Biden is a car enthusiast, still driving the dark green 1967 Corvette Stingray that his Joe Biden Sr bought for him. The younger Biden boys even rebuilt the engine for their dad, and Joe is quoted as saying “Every time I get in, I think of my dad and Beau. God, could my dad drive a car.”

We’re not sure if this counts as a hobby, but Biden lists ice cream as one of his favorite things, and his grandchildren are constantly making fun of him for it.

What are the names of Joe Biden’s dogs?🐶

The Biden’s have two rescue dogs – both German Shepherds, called Champ and Major. The latter joined the family as a pup in 2018 from the Delaware Humane Association, and Champ was born in 2010. Jill Biden has hinted that they might be joined in the White House by a cat in the near future!

Joe Biden is 1.83 meters tall or 6 feet. This is not far off the tallest US president – Abraham Lincoln stood at 6 ft 4, and Biden’s predecessor, Trump is 6 ft 3. The shortest president was James Madison – the Father of the Constitution, who was 5 ft 4 inches tall – or should we say short 😂😂

What is Joe Biden’s nationality?🌍

What s the net worth of Joe Biden?💷

Joe Biden is reportedly worth $10 million, which he has gained from a lifetime in politics.

Who is Joe Biden’s spouse?💏🏻

Joe has been married to Jill Jacobs, an educator based in America, since 1977. Previously, he was married to Neilia Hunter in 1966, but they divorced in 1972.

Does Joe Biden have any children?​👶

Joe Biden has 4 children named Beau, Hunter, Naomi, and Ashley. Hunter has recently been involved in Trump’s impeachment inquiry, along with Biden himself.

Husband to @DrBiden, proud father and grandfather. Ready to build back better for all Americans. Official account is @POTUS.

An important part of our economic plan is promoting fair competition across the entire economy.

You’ve heard me say it before: Capitalism without competition isn’t capitalism, it’s exploitation.

I will deliver my State of the Union address on Tuesday, February 7 at 9pm ET.

From record job creation to cutting health care costs to boosting manufacturing, our second year was filled with historic progress—and I’m excited about the work ahead. Tune in.

In December, we passed the Pregnant Workers Fairness Act.

It filled an important gap in federal protections that require employees to make reasonable accommodations for pregnant women and new moms.

As of this month, we've created 12 million new jobs. The strongest two years of growth in history by a longshot with 3.4% unemployment.

The last time unemployment was this low was in 1969.

The Reality Show Star Jojo Siwa and Her Famous Bows

Get the Lowdown on Tony Robbins