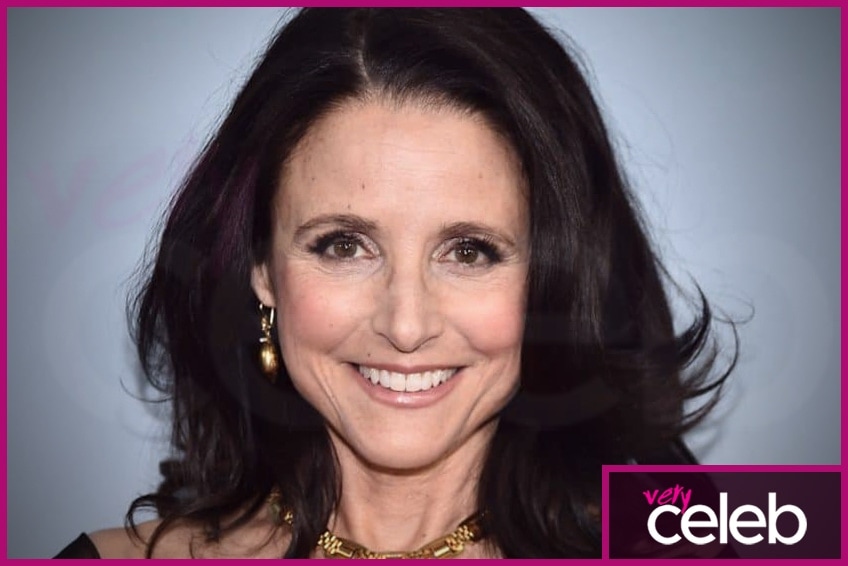 Julia Louis Dreyfus is an American comedian, singer, actress, and producer. She is one of Hollywood’s most respected comedians for her work on Saturday Night Live, Seinfeld, and New Adventures of Old Christine. In addition, she has received numerous awards for her comedic performances from the Emmy Awards and the Screen Actors Guild Awards.

Born in New York City, she attended Northwestern University in Illinois where she studied theater, taking part in a popular sketch comedy and student-run improv show. Dropping out in her junior year, she pursued her first love and chased after a role with

Chicago’s The Practical Theatre Company. This is how she was discovered and gained a place on Saturday Night Live from 1982 to 1985.

The biggest break in her career came when she was cast for the role of Elaine Benes in Seinfeld in 1989, playing the role for 9 seasons. Seinfeld is one of the most critically acclaimed sitcoms in the history of television. She was also part of CBS’ The New Adventures of Old Christine for 5 seasons and HBO’s Veep for 7 seasons. In addition to her acting roles, Julia Louis Dreyfus was a voice actor for blockbusters, such as A Bug’s Life, Onward, and Planes.

In 2010, Julia Louis Dreyfus received her star on the Hollywood Walk of Fame. She was also listed as one of Time’s 100 most influential people in 2016.

For many years Julia Louis Dreyfus has spoken out against environmental issues, even appearing in a video against the controversial Keystone XL pipeline, concerned about the mass pollution that would occur if it ever leaked. She uses her visibility and fame to raise millions for environmental causes and has said that her battle with breast cancer, which began in 2017, inspired her to stand up and be counted. A year later she was declared cancer-free!

She has two sons with husband, Brad Hall – Henry and Charlie Hall.

How old is Julia Louis Dreyfus?

How tall is Julia Louis Dreyfus?

What nationality is Julia Louis Dreyfus?

How much does she weigh?

What is Julia Louis Dreyfus’ net worth?

Julia Louis Dreyfus has an estimated net worth of $250 Million.

What is Julia Louis Dreyfus most famous for?

Julia Louis Dreyfus is most famous for her role in the hit TV sitcom Seinfeld. She is also recognized for her stint on Saturday Night Live.

Julia Louis Dreyfus has been married to husband Brad Hall since 1987.

Who Is Jimmy Buffett?