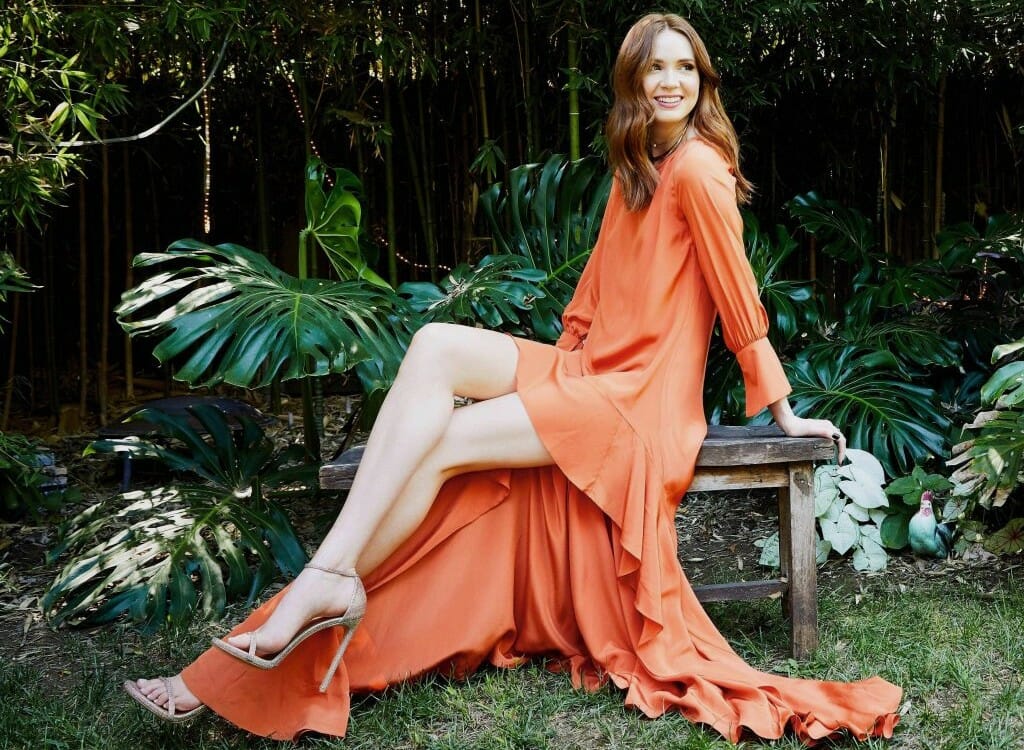 Kamilla Kowal is a Canadian actress, model, and social media personality. Before her acting career, she was a model. She is best known for her role as Bonnie McMurray in the Canadian television sitcom Letterkenny. Kamilla Kowal has been in the franchise since its first season in 2016.  Although most of her works are focused on the Letterkenny series, she also participated in other films with supporting roles. Kamilla Kowal made an appearance in the 2018 Canadian comedy-drama film The New Romantic. She also landed a role in the Canadian thriller film American Hangman in 2019. Kamilla Kowal gained her fanbase from both her acting career and social media presence. She actively posts pictures of herself on Instagram. Some of Kamilla Kowal’s posts are also paid partnerships with different brands particularly in fashion.

Is Kamilla Kowal single or married?

How tall is Bonnie McMurray?

Bonnie McMurray is Kamilla Kowal’s character in Letterkenny. She is 5 feet 6 inches/167cm tall.

See Kamilla Kowal as Bonnie McMurray in this scene from Letterkenny!

Here Kamilla talks about playing the role of Bonnie:

Bonnie is McMurray’s little sister. He believes Bonnie and Wayne would make a good couple. Bonnie likes Wayne but Wayne thinks the age difference is too much. Many of the show’s characters admire Bonnie including Katy, Daryl, and Dan.

Rumours have been circulating online that suggest Kamilla Kowal may have had lip injections or facial cosmetic surgery. She has refused to confirm or deny this and speculation continues.

In June 2020 Kamilla Kowal teamed up with BookCameo to donate all of the proceeds from her work with them to NAACP, the grass-roots civil rights organisation. This was to show solidarity with the Black Lives Matter movement.

Hi twitter friends!!! This Friday and Saturday (June 5/6), in solidarity with Black Lives Matter, @BookCameo will be donating 100% of their proceeds to @NAACP. I will also donate 100% of my proceeds. Link in my bio. People over profit. We stand with you ❤️

How many kids does Kamilla Kowal have?

Kamilla Kowal does not have children and is especially private on matters of family life.

Kamilla Kowal is also active on TikTok and regularly uploads short vlogs about her life to her 65k followers.

How old is Kamilla Kowal?

Born on July 17th 1997, Kamilla Kowal is 25  years old. She has the zodiac sign of Cancer. She was born in Ontario and attended St. Benedict Catholic School for secondary education in Cambridge, Canada.

What is Kamilla Kowal’s estimated net worth?

Kamilla Kowal’s estimated net worth is around $400k.

She studied English Literature at college

She likes the band Hozier

She has a cactus called Penelope

She likes the Real Housewives of New Jersey

She likes ice hockey and supports the Toronto Maple Leafs

She has read the Great Gatsby

If you’re not ten minutes early, you’re late. Puppers is back in stock at select LCBO and Beer Stores in Ontario 🍻 Pitter patter.

Benjamin Bratt – The Multi-Award Winning Actor You Need to Know