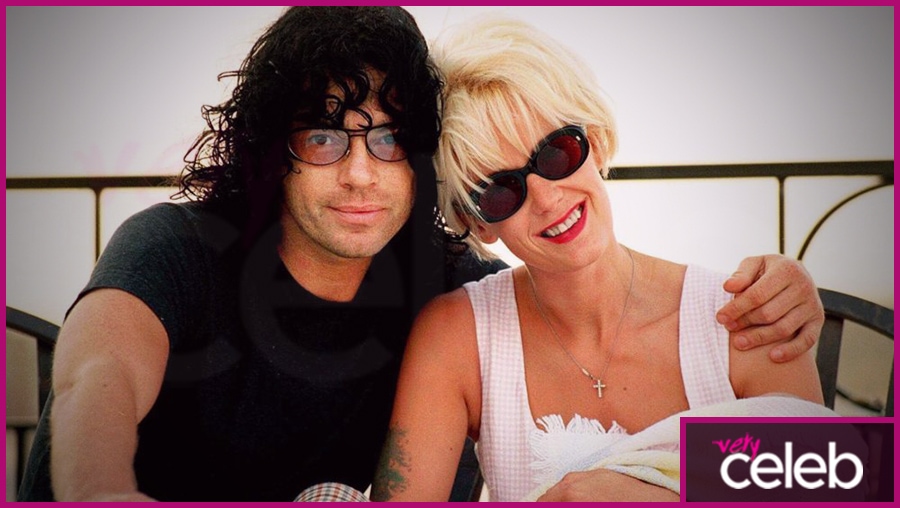 Michael Hutchence and his partner, Paula Yates, gave birth to a daughter in 1996. Most people know this daughter as Tiger Lily.

Michael Hutchence was an Australian musician who, together with his band INXS, sold more than 60 million records across the globe. This famous singer, musician, songwriter, and actor was tragically found dead in his hotel room in November 1997.

This was in the midst of his relationship with Paula Yates which garnered heavy media attention.

Tiger Lily was just 16 months old when her father died. She grew up in the care of her mother, Paula Yates until September 2000, when Yates died from an accidental heroin overdose in the presence of Tiger Lily. As a result, Bob Geldof raised her as his own daughter.

Due to the high-profile nature of her parents’ relationship and her father’s death, Tiger Lily’s fame skyrocketed even when she was still a baby.

What do we know of  Michael Hutchence’s daughter?

The musician’s daughter is Tiger Lily. Her birth name is Heavenly Hiraani Tiger Lily Hutchence Geldof. She is the daughter of INX frontman Michael Hutchence and Welsh journalist Paula Yates. Tiger Lily has 3 other stepsisters: Fifi, Peaches and Pixie Geldof all from Paula’s previous marriage with Bob Geldof.

Why did Michael Hutchence’s daughter garner so much attention?

Tiger Lily’s father, Michael Hutchence, was already a huge star even before she was born. INXS was famous and as the vocalist for this band, Hutchence’s name was quite well known all over the world.

Then, in the mid-1990s, Hutchence and Paula Yates started a romantic relationship. Yates was an English television presenter and she was famous in her own right. Her and Hutchence’s relationship earned so much media attention not only because they were big entertainment personalities, but mainly because Yates was still married to Bob Geldof when the affair started.

Bob Geldof is also a big name in the music industry as he was the lead singer for the band, The Boomtown Rats, and was also a Live Aid organizer. Everything practically became a scandal when the British press discovered Hutchence and Yates’ relationship.

Yates and Geldof decided to split in 1995 but this spiraled down to a high-profile and bitter custody battle over their daughters, which fueled further media scrutiny. Shortly after that, Yates and Hutchence gave birth to their daughter, Tiger Lily.

In the middle of the custody battle, Yates and her daughters (Tiger Lily and the two kids she had with Geldof) were supposed to visit Hutchence who was doing a tour in Australia. According to Yate’s official statement, she told Hutchence that she won’t be able to bring the children to meet him because of the conflicting schedules for the custody hearing.

Apparently, this frightened and upset Hutchence greatly. At this time, Hutchence was already battling depression and was heavily impacted by his inability to see his daughter.

Hutchence’s lifeless body was then discovered on the morning of November 22, 1997. According to the coroner’s reports, Hutchence’s death was a suicide and that he died under the heavy influence of alcohol and drugs.

In the media storm that followed right after, Paula Yates was often photographed with Tiger Lily in her arms and that was how she gained so much attention even while still a baby.

When is Michael Hutchence’s daughter’s born?

Tiger Lily was born on July 22, 1996 in London UK. From an early age, Tiger Lily suffered through a series of tragedies losing her famous father at the age of one.  Less than 3 years later on 17 September 2000, she lost her mother Paula Yates. She is now 26 years old.

What is Tiger Lily Hutchence most famous for and what is her Net worth ?

Michael Hutchence only daughter, Tiger Lily is famous for being a family member, her family wealth being her main source of income. It is believed that her net worth is up to $1 million.  At the early age of 20, in 2016 Tiger Lily Hutchence made her debut in the modelling world for the brand House of Khadi.

As a July baby, Tiger Lily’s sign is Cancer.