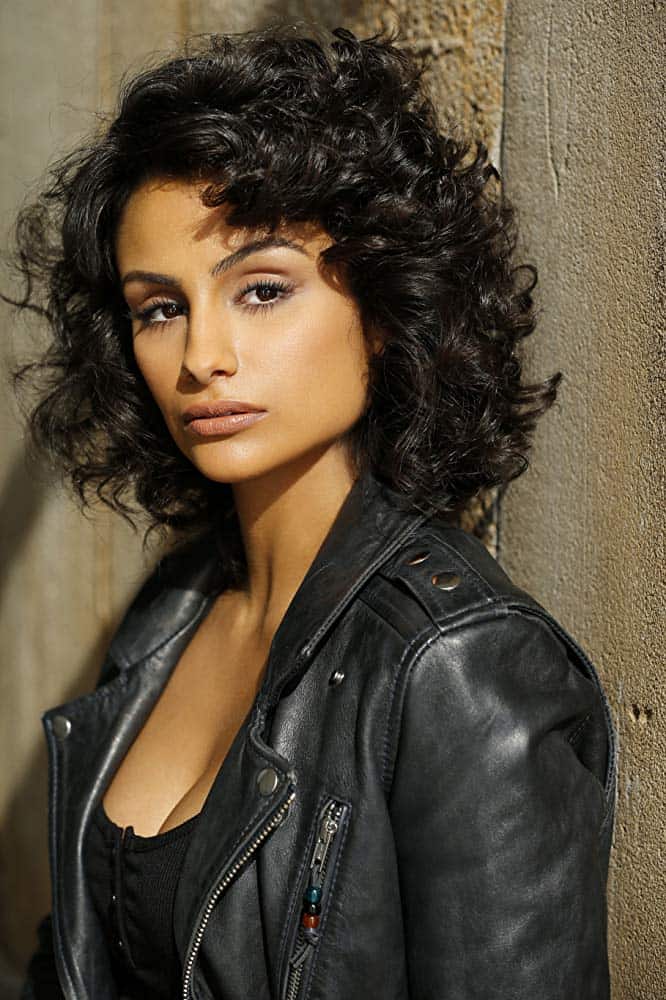 Nazanin Mandi is more than one thing, since she is a Hollywood and world-renowned name in fashion, acting, and singing. Before her breakthrough in Hollywood, she forayed first in the highly popular singing competition American Idol. Although Nazanin Mandi wasn’t the overall American Idol champion, she sang well into the late stages of the competition and was adored by fans the world over. With a combination of Latin-American and Iranian features, this singer is a highly sought model as well. Furthermore, her success in the singing industry has led her to star in other shows such as Rockstar Academy, How to Make a Reality Star, and The Platinum Life. Nazanin was also guest star in the show Shahs of Sunset.

Nazanin’s father, Ali Reza Mandighomi, is Iranian, while her mother, Luz Cecilia Saenz, is of Mexican descent. As early as 2-years-old, Nazanin was already singing, and her first singing performance was at the Carnegie Hall. As a model, she has been featured in popular magazines such as Seventeen, Maxim, Sports Illustrated, Allure, GQ India, and Cosmo Girl. Nazanin has also made an appearance in That’s So Raven, which is a Disney television show. Nazanin is truly a world-class and multitalented celebrity.

Who is Nazanin Mandi?

Nazanin is one of Hollywood’s stars who emerged through a popular reality TV show; that TV show is no other than American Idol. Nazanin didn’t win the competition; however, she captured the hearts of millions worldwide because of her stunning voice that blended well with her Latin-American features. As a brand endorser, she has amassed great fortune working and endorsing popular products such as Microsoft and Ecko Unlimited and has a massive following on Instagram. As a model, she has been featured in the best magazines such as Sports Illustrated and Vogue. Her tan complexion makes Nazanin a standout. Her beautiful singing voice is to die for. Her personality suits a star.

How much is Nazanin Mandi’s net worth?

With Nazanin Mandi making a good fortune from television, acting, singing and modeling, it comes as no surprise that her net worth is around $10 million.

What is the nationality of Nazanin Mandi?

Although Nazanin is of Iranian and Mexican ancestry, she was born in Valencia, California in the United States. She is, therefore, American.

What are Nazanin Mandi’s weight & height?

Nazanin may only be 5 feet 4 inches tall; however, her stunning and curvaceous body makes her a great model. She weighs around 125 pounds.

Is Nazanin Mandi married or single?

Nazanin is happily married to a singer just like her. The lucky man is no other than famous Grammy Award-winning singer Miguel Jontel Pimentel. As early as 2005, the couple had been dating; after 11 years of being together, they got engaged in 2016 and finally tied the knot on November 24, 2018.

Nazanin Mandi with her husband Miguel

More of these moments please🖤✨

How many kids does Nazanin Mandi have?

Nazanin and Miguel Jontel have yet to have children.

When is Nazanin Mandi’s birthday?

Do you want to get in contact with Nazanin Mandi?

If our article has left you wanting more of Nazanin Mandi, even getting in touch with her, just ask us by clicking here and we will take a look through our archives to find the answers for you.

Who is Maggie Geha? How Did She Become so Famous?

All Your Questions Answered About Jillian Mele and Her Life