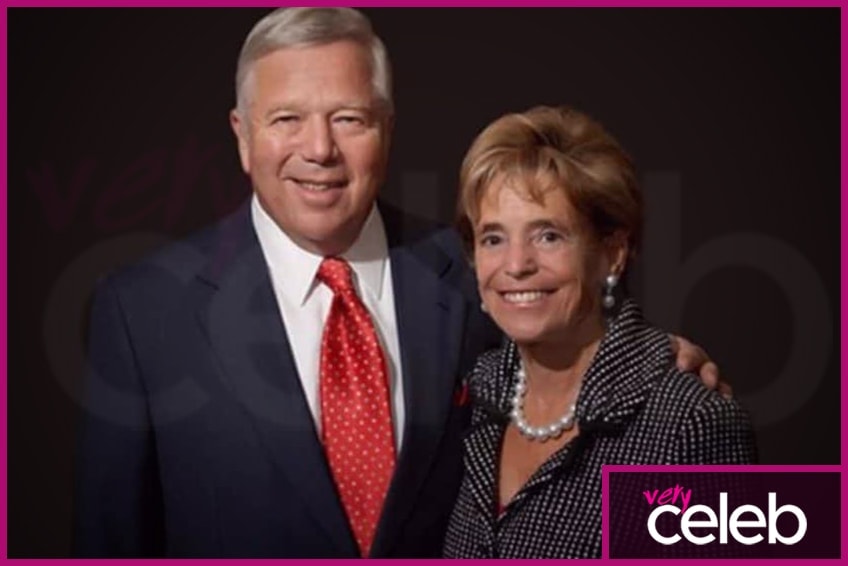 Who was Robert Kraft’s Wife?💏🏻

Myra Kraft was a famous philanthropist and the wife of Robert Kraft who is the owner of the New England Patriots and New England Revolution who was recently charged with allegedly soliciting a prostitute.

She attended Bancroft School in Worcester and Brandeis University with a degree in History.

Myra and Robert have donated millions of dollars in promoting American football in Israel Stadium in Jerusalem. In 1998, the late Myra Kraft created the Community Quarterback Awards to recognize outstanding community volunteers and present them with a grant for their nonprofits. In addition, they also founded the Israeli Football League.

She became the New England Patriots Charitable Foundation president, an organization supporting philanthropic agencies all over New England. She was regarded as the “matriarch of the franchise” because of her work with the foundation.

In 2011, she succumbed to cancer, and public services were held at the Temple Emanuel located in Newton, Massachusetts. Myra Kraft was 68 at the time of her death. She was born on December 27, 1942, and died on July 20, 2011. Her star sign was Capricorn.

What was the nationality of Myra Kraft?🌍

Myra Kraft was an American who was born in Worcester, Massachusetts. She has a Lithuanian Jewish descent.

How tall was Myra Kraft and what did she weigh?​​🤷

Was Myra Kraft single or married when she died?💏🏻

Myra Kraft was married to billionaire businessman, Robert Kraft until the time of her death in 2011. They got married in 1963 while she was attending Brandeis University.

What was Myra Kraft’s net worth?💷

Myra Kraft’s estimated net worth is not available to the public. However, her widower Robert Kraft has a net worth of $6.9 billion. He is the owner of the New England Patriots football team.

Did Myra Kraft have any children with Robert Kraft?👶

Who is Russell Wilson’s Wife Ciara?🤔

Get The Lowdown on Rob Dyrdek’s Wife – Bryiana Noelle Flores