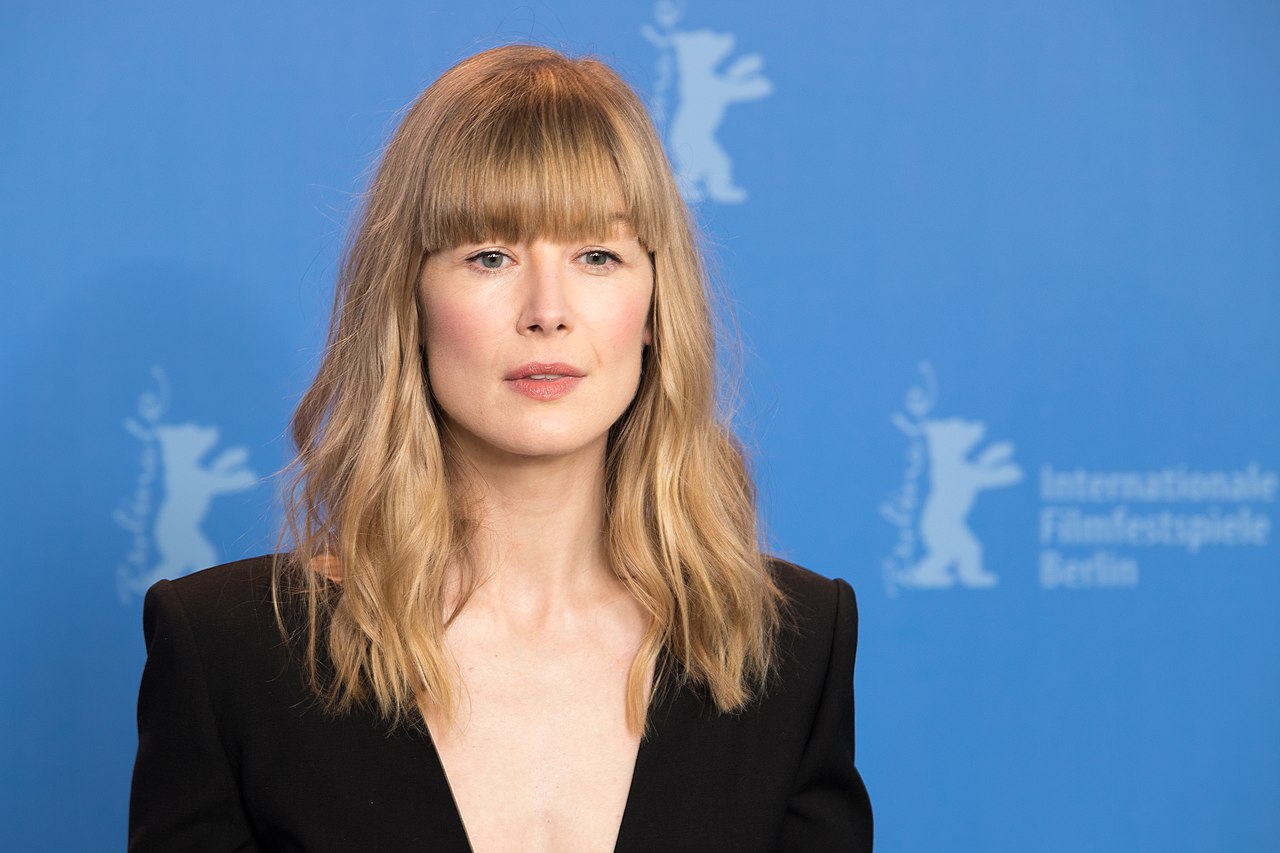 Rosamund Mary Ellen Pike is beauty and class personified. In 2002, Rosamund Pike was a Bond girl in the James Bond film saga Die Another Day that starred Pierce Brosnan. A decade later, she was the leading woman in the first Jack Reacher film that starred Tom Cruise. To be cast as the leading lady of these amazing Hollywood actors speaks volumes of the kind of gorgeous and talented woman that Rosamund Pike is. It is hard to believe, therefore, that the beautiful and talented Rosamund Pike rose from the ranks as she began her career acting on stage with popular stage plays such as Skylight and Romeo and Juliet. In 2014, Rosamund Pike would gather even more world renown as she was applauded by critics in her portrayal in the mind-boggling thriller Gone Girl. It is no mystery that Rosamund Pike has been cast in so many thrillers and action films such as Fracture and Doom. She has also done well in drama films that include Fugitive Pieces and An Education. Her extensive career and undeniable talent has gained her many award nominations and wins, such as her Best Actress award for Gone Girl. However, despite being deeply proud of all of her award wins, Rosamund has confirmed that she buries the awards in her garden rather than displaying them in her house!

How old is Rosamund Pike?

Rosamund Pike was born on January 27, 1979, making her 42. When she played the role of Miranda Frost, the Bond girl in Die Another Day, she was only 23 years old. Die Another Day was actually Rosamund Pike’s first film on the big screen. She had her first role in a TV show in A Rather English Marriage in 1998.

What is the nationality of Rosamund Pike?

Rosamund Pike was born in London. She is English.

How tall is Rosamund Pike and how much does she weigh?

Is Rosamund Pike married or single?

Rosamund Pike is not married, but has been in a relationship with the mathematician and businessman Robie Uniacke since 2009. Before being with Robie, Rosamund Pike had relationships with the English actor Simon Woods and English director Joe Wright.

How much is Rosamund Pike’s net worth?

Rosamund Pike has a net worth of $10 million.

How many kids does Rosamund Pike have?

Evan Peters – The Man Behind the X