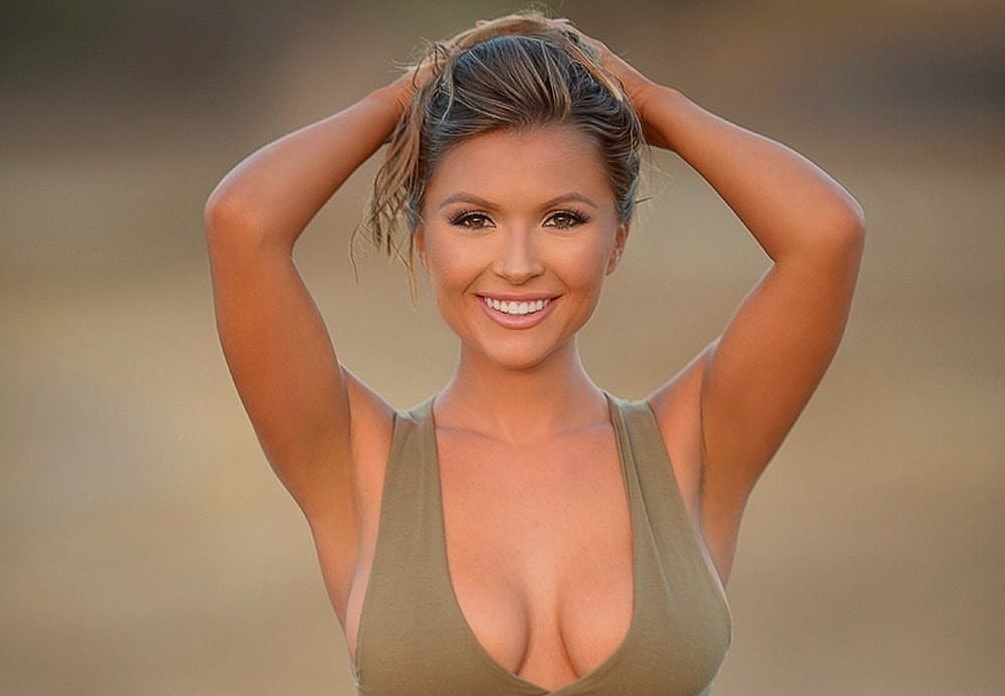 You’d imagine that a high-flying professional poker player, living the life of the rich and famous, would have a girlfriend that loved luxury and glamor. Well, Dan Bilzerian’s ex is just that – chic, stylish, and supermodel fit.

Sofia Bevarly is an Insta influencer and bikini model and was born in the spring of 1996. Surprisingly for a top model, she keeps many of her details under wraps, only allowing a select few to know the real Sofia.

Although Sofia started at Florida International University in 2014, after leaving South Fort Myers High School, she soon found her passion lay in modeling rather than finishing her education. However, she did eventually return to complete her course in 2019. Beginning her career with Hooters Bikini Calendar, since 2014 she has appeared in every edition, and in 2020 she added to her popularity with her Instagram account. Her nearly 1.5 million subscribers avidly follow the products – usually makeup, that Sofia promotes. These include Fashion Nova and Bang Energy.

Venturing onto the catwalk, she now appears regularly in bikini shows at highly glamorous locations including Rain Nightclub at The Palms in the vibrantly throbbing Las Vegas. However, not content with her level of success, Sofia has gone on to produce her own brand of sportswear.

Animal lover, vegan, and cat mom, Sofia actively campaigns on behalf of animal rights, and is never afraid to stand up for the underdog – quite literally!

What happened in that video?

This super short video went instantly viral, with Sofia and three other models – Erica Butters, Chalet Dastrup, and Berlynn Lee in a hottub. The models are, rather ineptly, trying to catch grapes in their mouths – why not just enjoy drinking prosecco like the rest of us?! The video action followed Butters as she leaned just too far and fell out, sprawling in an inelegant fashion on the grass. Her reputation lay in tatters, and *gasp* even her Insta account was deleted!

What is the nationality of Sofia Bevarly?

Holding American nationality, Sofia was born in Fort Myers, Florida. Known for its beaches and warm blue sea, Fort Myers is an amazing location for a young girl to grow up in.

How old is Sofia Bevarly?

Sofia is now 26 years old, and being an April baby, is born under the zodiac sign of Taurus. This would account for her determination and drive to be a success in her career, as Taureans are known for their strength of character.

What is Sofia Bevarly’s weight and height?

What is Sofia Bevarly’s net worth?

Earning around $4,500 for every sponsored Insta post, Sofia’s net worth stands at nearly half a million dollars.

Is Sofia Bevarly single or married?

As of April 2021, Sofia was reported to be single after her split with internet playboy Dan Bilzerian. Successful poker player, Bilzerian is renowned for his wild, decadent parties with the only guests being young super glamorous models and social media babes. Sofia became involved with him in 2017, after meeting at a pool party.

With Sofia being his first monogamous relationship, he is rumoured to have said:

“Yeah. Got a girlfriend. First time. Well, I had a girlfriend before, but I was still f**king other girls. [ ] Wasn’t exactly your storybook love at first sight. I think I f**ked like three girls before her that day.” 😲😲😲

Does Sofia Bevarly have any kids?

Sofia doesn’t have any kids, and if this situation changes, you’ll be the first to know.

Montana Helena Klein Yao – The Truth About the Cheating Scandal🤦