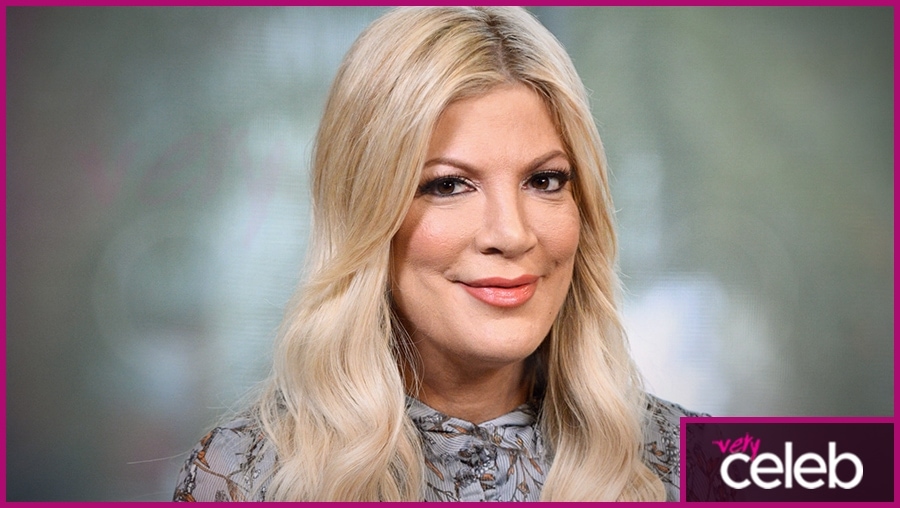 Tori Spelling is an American actress, TV personality, and author. She started her acting career in 1982 but is most recognized for her role as Donna Martin in the hit series Beverly Hills 90210. The TV series was produced by her father, Aaron Spelling.

Aside from starring in the hit TV series in the 1990s, she has also appeared in numerous made-for-TV films including A Carol Christmas, The Mistle-Tones, and A Friend to Die For. In 2009, she reprised her role as Donna Martin in the spinoff of the original series titled 90210.

Tori Spelling is also an author and she has published an autobiography titled Stori Telling. It debuted on the New York Times Best Seller list. In fact, the book was named as 2009’s best celebrity autobiography.

How Old Is Tori Spelling?

How Many Kids Does Tori Spelling Have?

What Nationality Is Tori Spelling?

Tori Spelling is of American nationality.

What Is Tori Spelling’s Net Worth?

What Is Tori Spelling Most Famous For?

Tori Spelling is most famous for her appearance in the hit 1990s series, Beverly Hills 90210. Although Fox attempted to reboot the show starring Tori Spelling with a new name, BH90210, it was canceled several months later.

Is Tori Spelling Married or Single?

Yes. Her current husband is Dean McDermott, whom she married in 2006. This was her second marriage. Her first marriage with Charlie Shanian was in 2004 but the pair divorced in 2006.

Does Tori Spelling Have Her Own Children?

Yes. She has five children in total.

Who Is Tori Spelling’s Spouse?

Are There Other Famous Celebrities Related to Tori Spelling?

Yes. Her father, Aaron, is an American film and TV producer. He produced the following TV series: Beverly Hills 90210, 7th Heaven, Charlie’s Angels, Charmed, and The Love Boat. Her mother, Candy, is an American author and theater producer. Her brother, Randy, is also a former actor but has now turned to life coaching.

Tiffany Haddish – Get The Lowdown On Her Life And Career