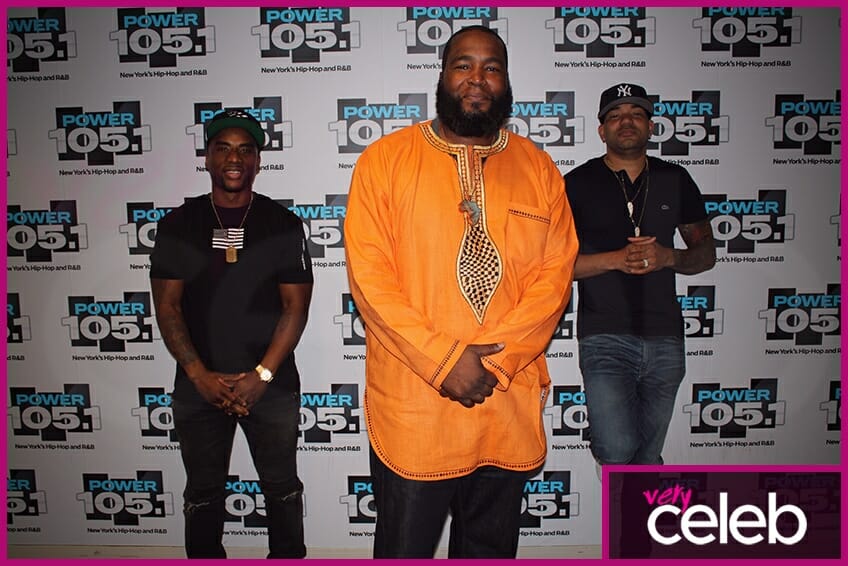 Umar Johnson was born as Jermaine Shoemake until his father decided to change his name to Umar Rashad Ibn Abdullah-Johnson reflecting the family’s Islamic way of living which they were raised under.

He is famously known as Dr. Umar Johnson, he claims to be a psychologist, lecturer, author, and community activist. His ideology is Pan Africanism which is a global movement aiming to encourage to strengthen the bonds of solidarity in the indigenous and diasporan ethnic groups of Africans.

He was also criticized for his views on interracial marriage.

In addition, he was also questioned about his credentials in 2018. The hearing that was held in January of 2018, however, proved that he is a certified psychologist and meets the requirements needed to legally practice as a school psychologist.

What is The Nationality of Umar Johnson?

Umar Johnson is an American.

How Old is Umar Johnson?

Umar Johnson is now 45 years old and his star sign is Leo.

How Tall is Umar Johnson and How Much Does He Weigh?

Is Umar Johnson Married or Single?

Umar Johnson is not married but there were rumors that he’s had a relationship with stripper Khym Ringgold, also known as Kim Carmella Ringgold.

How Much is Umar Johnson’s Net Worth?

Umar Johnson’s net worth is not disclosed to the public but his annual salary is estimated to be around $50,965.

Does Umar Johnson Have Any Children?

Umar Johnson has two daughters from different women. One of his baby mama named Nyesha owns a cafe in Germantown Avenue, Philadelphia, and forbids him to see his daughter. His other daughter’s information was not shared with the public.

Where Did Umar Johnson Go To School?

Umar Johnson attended the Millersville University of Pennsylvania and earned two bachelors of arts degrees in Psychology and Political Science. He also attended Hahnemann University but went back to the former university to get his third degree which is a master of science in School Psychology and a license to practice in the state. He also earned his fourth degree from the Lehigh University of Pennsylvania which is a master’s degree in Education Leadership. In 2012, he earned his fifth and sixth degrees at the Philadelphia College of Osteopathic Medicine in Clinical Psychology, masters and doctors.

What Happened To Umar Johnson?

Umar Johnson is considered one of the most controversial personalities within the African-American community. He has been criticized for his ideology and beliefs and some people even consider him a fraud for raising funds to build his private school in Delaware. However, he has insisted that he hasn’t used any of the money that was raised for his school.

With Fast and Furious 9 taking over $700m at theaters worldwide, it's clear that it's still a huge fan favorite.

Find out all the news on goss on one of its biggest stars, Vin Diesel, and no, we didn't know what his real name was either!

Vin Diesel: His Full Bio, Net Worth and More!

All the facts that you ever needed to know about the Hollywood Superstar Vin Diesel: His Net Worth, Kids, Height, Weight and Much More

Find out about the British star of Crazy Rich Asians, Henry Golding. His relationship with Liv Lo, net worth, and so much more!

Henry Golding | Everything You Want To Know About The Actor

The British actor & model Henry Golding is best known for his role in Crazy Rich Asians, find out what else there is to know. Marriage, career & more

Congratulations to Kamala Harris on becoming the first female, and first person of color, to become Vice-President of the United States.

Find out about the people who made her who she is, her proud Father and late Mother right here.

All of your questions answered about the parents of the US senator Kamala Harris, Donald Harris & Shyamala Gopalan: Their Amazing Careers and More!

Most people don't know that the late Patrick Swayze actually had an illegitimate son. Yes - he took a DNA test.

However, Lisa Niemi, Patrick Swayze's widow, still says that these claims are false.

What is the real truth? Find out!

All the info on the son of the late Hollywood great, Patrick Swayze - the American football player, Jason Whittl...