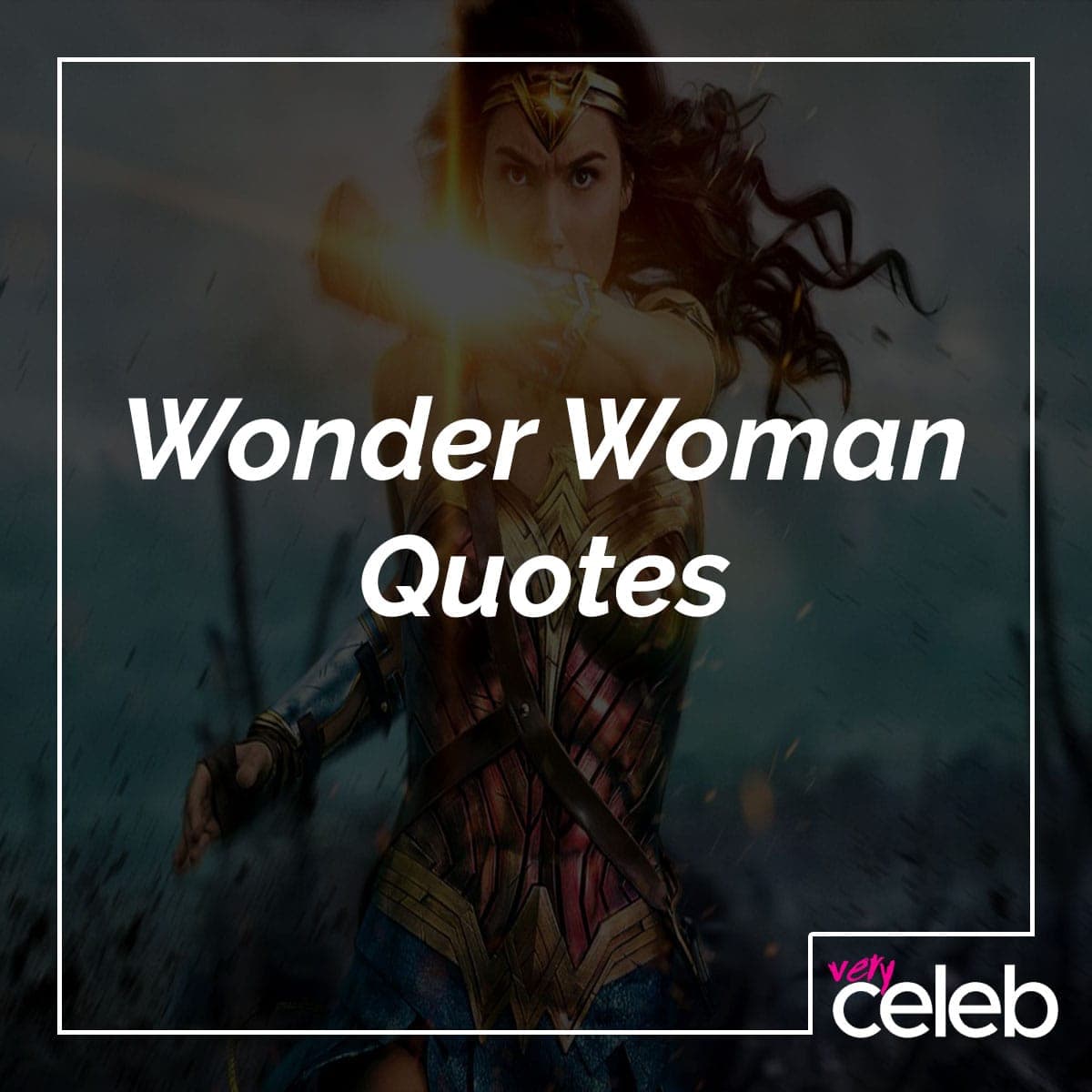 Wonder Woman is a heroine who appeared in the American comic books DC Comics. She is a master of acrobatics, athletics, strategy, and fighting. She is also trained in different forms of acrobat both ancient and modern. She also has godlike abilities like superhuman strength, speed, flight, semi-immortality, and fast healing ability. Her official title back in her homeland, Themyscira, is Princess Diana of Themyscira. Most of the time, when she blends with the crowd, she uses the civilian identity as Diana Prince. Originally, Princess Diana has a powerful character and a strong will that never backs down whenever she encounters a challenge or a fight.

This superheroine character is also the founding member of a team of fictional superheroes, the Justice League. Wonder Woman was made by artist Harry G. Peter and writer William Moulton Marston. It is said that the inspiration of the character is the wife of Marston named Elizabeth and their domestic partner Olive Byrne.

1. “You are stronger than you believe.” 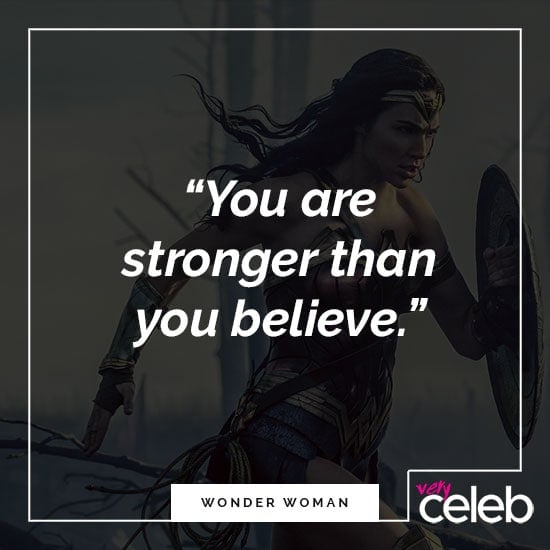 2. “Women seem like sissies because you don’t know their true strength.”
3. “You have greater powers than you know.”
4. “And between my prayers, I made a vow that I would always be aware of my strength. And that of my opponents, my friends, and my victims…”
5. “I’m willing to fight for those who cannot fight for themselves.”
6. “Only the fiercest among us even could, and that is not you, Diana.”
7. “Get strong! Earn your living and fight for your country!”
8. “It is our sacred duty to defend the world.” 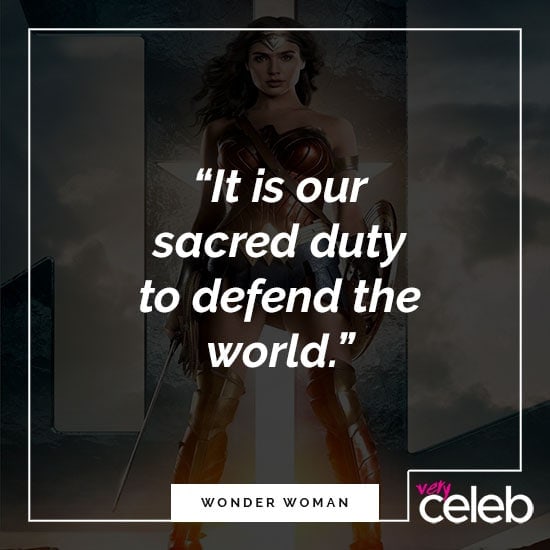 9. “I used to want to save the world, this beautiful place. But I knew so little then. It is a land of magic and wonder, worth cherishing in every way.”
10. “I’d like to keep the illusion that there is a shade of moral difference between us and those we fight.”
11. “The gods made the Amazons to restore peace to the world, and it’s what I’m going to do.”
12. “Never let your guard down. You expect the battle to be fair.”
13. “Which will hold greater rule over you? Your fear or your curiosity?”
14. “Everyone’s fighting their own battles, just as you are fighting yours.” 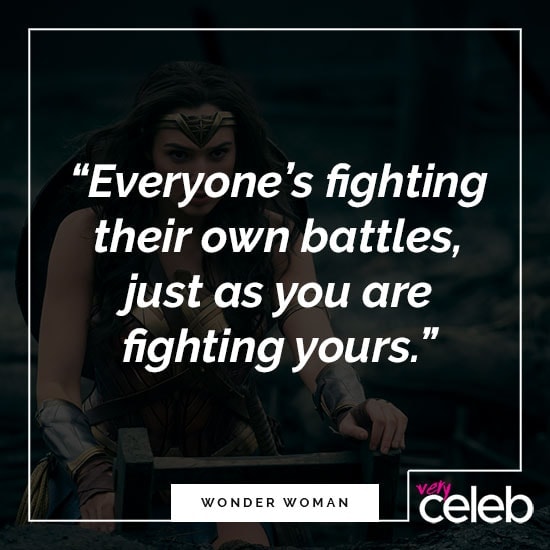 15. “I don’t know which one of us has been more blind… you, in your refusal to adapt to a changing world… or me for following you this far down your well-intentioned path.”
16. “Bonds of love never make the wearer weaker — they give him greater strength!”
17. “Bullets never solved a human problem yet!”
18. “Peace is a virtue. A state of mind, a disposition for benevolence, confidence, and justice. It is not simply the absence of war.”
19. “Feeding people is a just and dignified occupation.”
20. “Power without self-control tears a girl to pieces!” 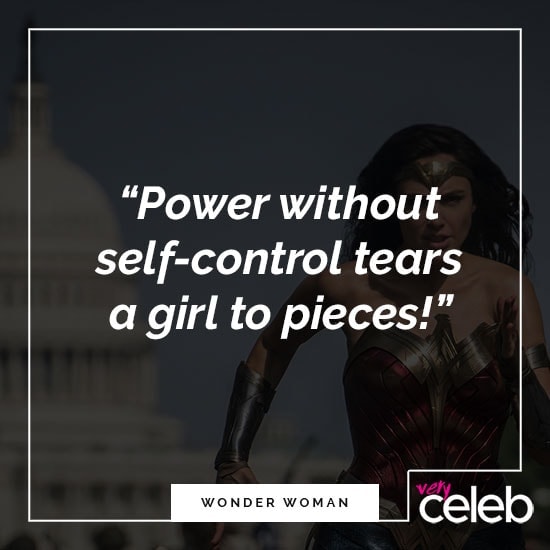 21. “If you need to stop an asteroid, you call Superman. If you need to solve a mystery, you call Batman. But if you need to end a war, you call Wonder Woman.”
22. “You dance differently when you know you won’t live forever.”
23. “A different kind of knight, one who’d chosen to protect the girl the world wanted to destroy; one born to slay dragons, but maybe to befriend them, too.”
24. “Maybe it feels easier that way, just being invisible instead of always worrying what people think of you.”
25. “Girls are also human beings, a point often overlooked.” 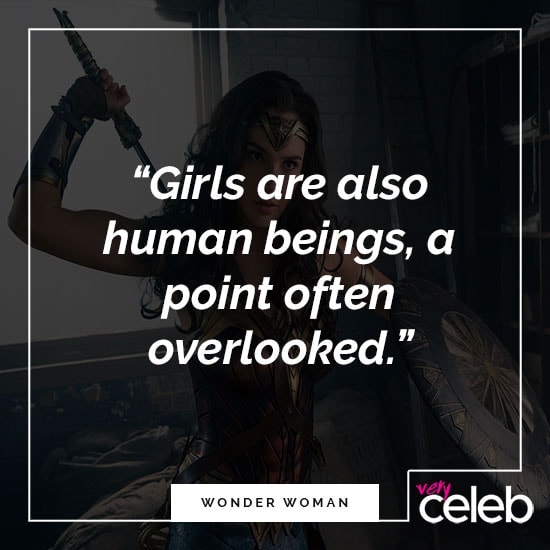 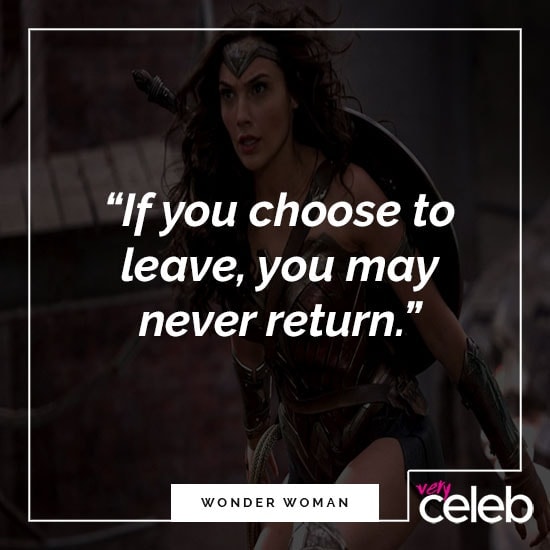 31. “She was right. My mother was right. She said the world of men do not deserve you. They don’t deserve our help.”
32. “The war to end all wars! Weapons far deadlier than you can imagine. Whoever you are, you are in more danger than you realize!”
33. “You have been my greatest love. Today you become my greatest sorrow. Be careful, Diana. They do not deserve you.”
34. “We want to teach a better way and to be a hero, and there’s no one like Wonder Woman to do it.” 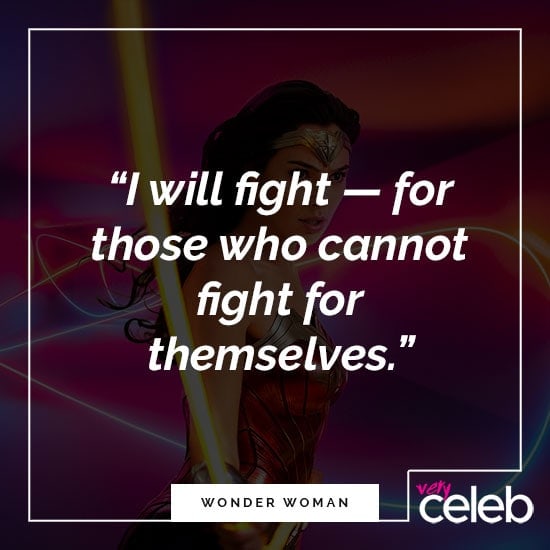 35. “I will fight — for those who cannot fight for themselves.”
36. “The stronger she gets, the sooner he will find her.”
37. “The gods gave us many gifts. One day you’ll know them all. This is where we keep them.”
38. “We speak hundreds of languages. We are the bridge to a greater understanding between all men.”
39. “I cannot stand by while innocent lives are lost.” 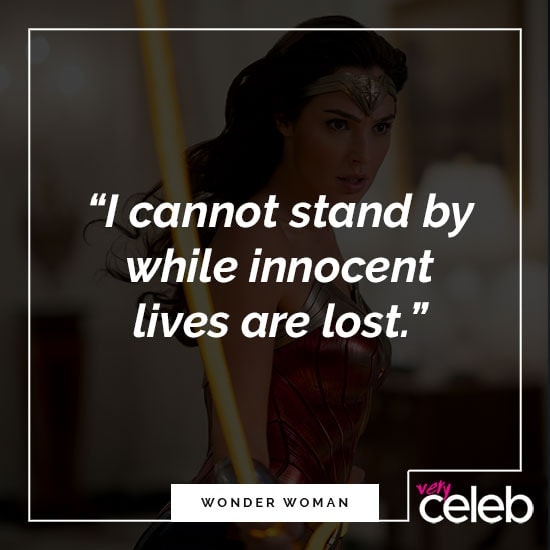 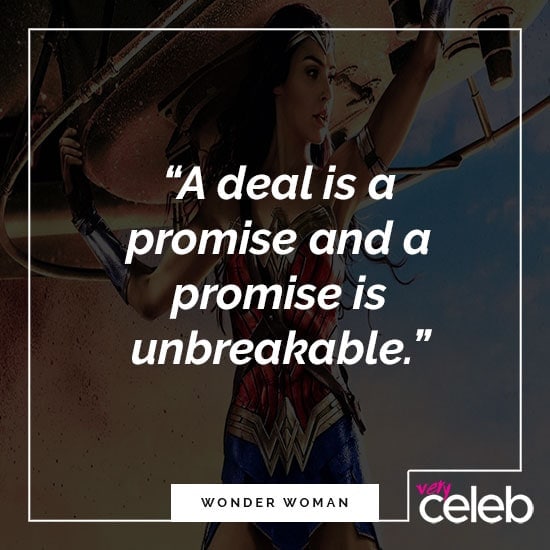 43. “I go where he tells me to go, I do what he tells me to do.”
44. “This belonged to the greatest warrior who ever lived.”
45. “Sometimes, you can’t see what you’re learning until you come out the other side.”
46. “What one does when faced with the truth is more difficult than you would think.”
47. “Oh, I don’t think you’ve ever known a woman like me.”
48. “This world is not yet ready for all that you will do.”
49. “The most important thing in life is to be yourself, unless you can be Wonder Woman… Always be Wonder Woman.”
50. “Only love can truly save the world.” 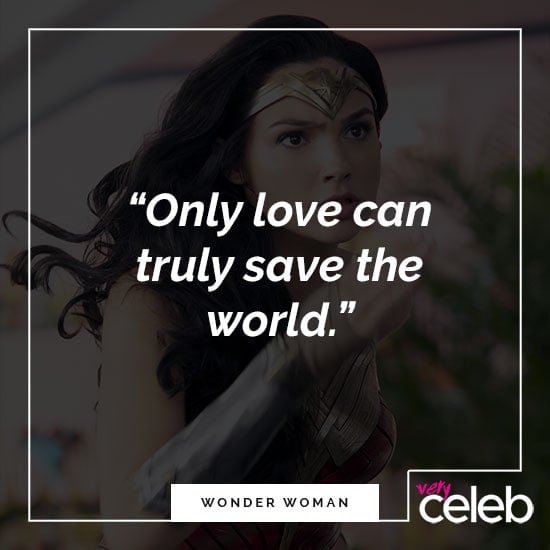