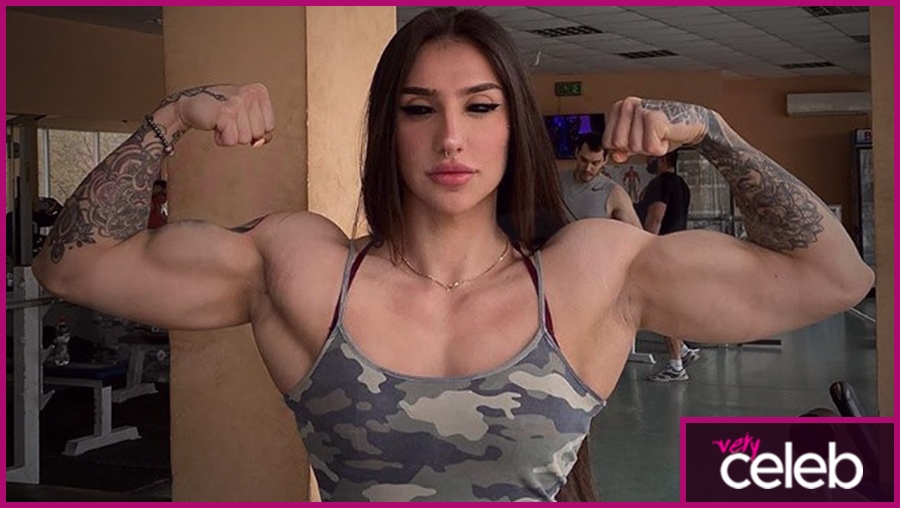 The truth behind the body-building legend, Bahar Nabieva💪

Bakhar Nabieva is a popular bodybuilder and Instagram star with over 3.3 million followers and more than 25,000 Facebook followers. As well as those there to enjoy the view, others are keen to emulate her physique by following her diet and workout plan. Her first post currently showing on Instagram features Joe Rogan and friends reacting to her social media pages with great…passion. Click here to watch the controversial clip and comment below if you think it’s harmless fun or just plain creepy. Nabieva is 28 years old, being born on April 8, 1994. Her star sign is Aries.

Bakhar was slight in build as a child and took to bodybuilding to improve her confidence. She began weightlifting shortly out of high school by competing in a bikini contest, and she’s affectionately dubbed Miss Iron Bum by her followers for her walnut-crushing, glistening glutes. Although we assume she would win any competition she joined, she lost enthusiasm because of the strict diet that requires a low carb intake. Bakhar loves cake and low-fat, high-carb energy to get her pump on.

Easy! No, she was assigned Female at birth and has remained so. Despite plenty of revealing posts on her Instagram, rumors abound that she is transgender because of her athletic build. Women in the public eye are often given this scrutiny, particularly when succeeding in currently male-dominated fields in an attempt to discredit her success or beauty. Although some of this more masculine appearance is just from reducing her body fat to reveal her muscles, she has admitted to using steroids, the prolonged use of which can create some changes to voice and facial features. In this direct piece to her fans, Bakhar describes some of the downsides to their use.

Click here to learn more about steroids and their use in sport.

Bakhar’s YouTube channel is where she shares videos of her killer leg-burning workouts. Her debut video on Dragon Pharma, a high-quality nutrition supplement brand, features her real voice for the very first time. Be sure to check it out below!

Bakhar Nabieva is Azerbaijani and she was born in Baku, Azerbaijan. She is also of Ukrainian ancestry.

Bakhar Nabieva stands 5ft2, 157cm tall, and weighs around 125lbs or 57kgs. Her leg measurement was recorded as

Bakhar has several tattoos including two half sleeves in black and white and a mandala on her neck, allegedly she has both nipples pierced though confirmation is only available through her personal site, linked from her biography on Instagram. Bakhar also has a penchant for all-black contact lenses.

Bakhar Nabieva has had admiration from celebrities such as Lil Wayne and Joe Rogan, and is often snapped with fellow bodybuilders and athletes such as Ilir Latif. However, she doesn’t share much about her personal life and there are no confirmed details about whether she is currently dating anyone… although we did spot the photo below on Twitter in 2017 and the caption might indicate she is married to a very handsome gentleman and they have a family of two together. Keep reading to find out more.

Although Bakhar Nabieva hasn’t confirmed any details about children, this photo from her Twitter account would suggest she has two children aged around 6 and 10. 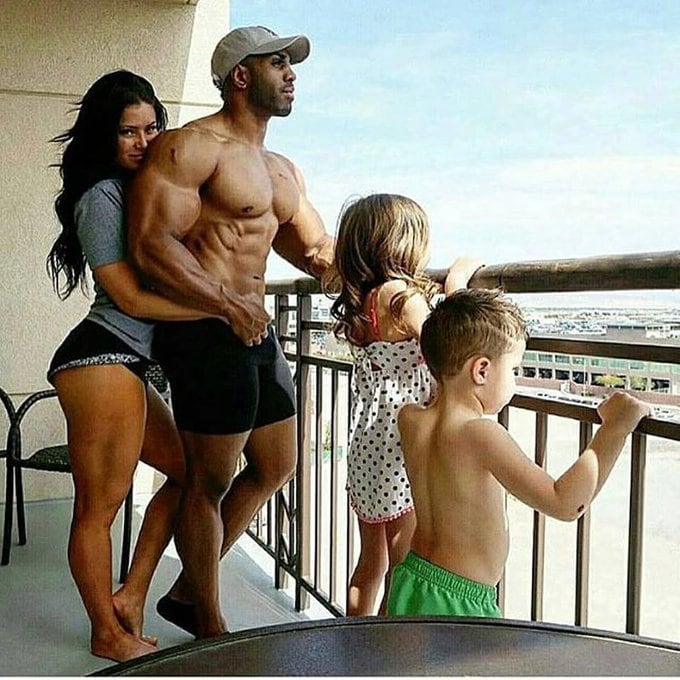 Bakhar Nabieva has an estimated net worth of $250,000 which she earned for being a professional weightlifter and various sponsorship deals.