Who Is Billie Eilish Dating? Will She EVER Talk About It Publicly? Find Out!
Advertisement 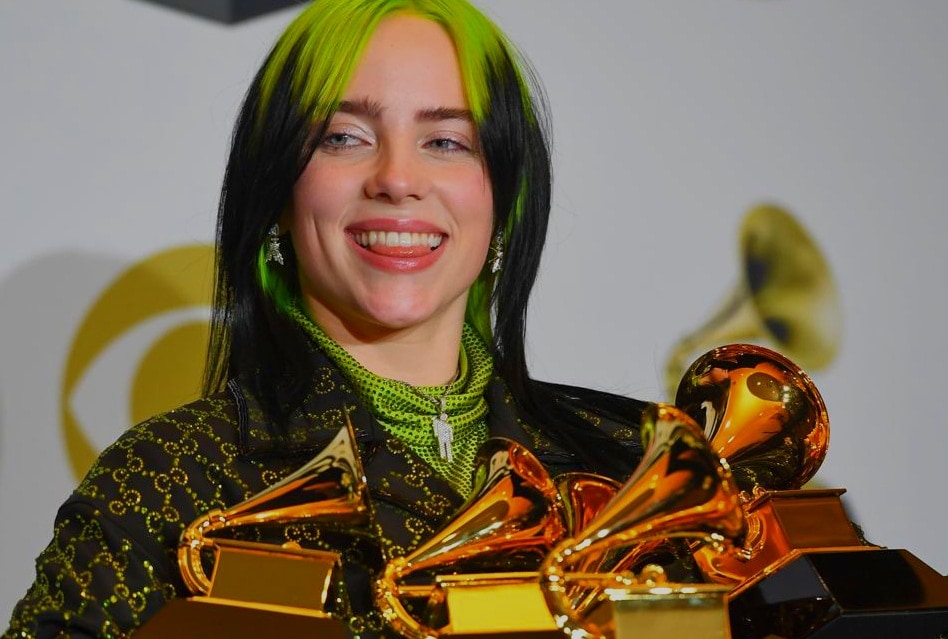 Who is Billie Eilish’s Boyfriend?

Billie Eilish, short for Billie Eilish Pirate Baird O’Connell, is a famous pop singer who started uploading her songs in Soundcloud even before she was famous. She collaborates with her brother Finneas in creating and producing her music. Her very first song in Soundcloud was entitled “Ocean Eyes” and gained the attention of fans.

Her first studio album in 2019 “When We All Fall Asleep, Where Do We Go?” has been the best performing album in the US and number in the UK. Most of her songs entered the Billboard Hot 100 and the “Bad Guy” became the number one and most famous in the US and all over the world. Billie despite her young age has garnered various awards such as the Grammy’s, American Music Awards, Brit Award, MTV Video Music Awards and Guinness World Record. 2019 seems to be Billie’s year as Time magazine included her in their Time 100 Next list.

It is no wonder that this talented young singer-songwriter made it to the top as young as 18 years old because she was born, through in vitro fertilization, from equally talented parents. Her mom, Maggie Baird, is a screenwriter and actress, and her father, Patrick O’Connell, is a part-time actor. Both are musically inclined.

Being famous has its own perks but not when it comes to Billie’s romantic life. She has been single for most of her young years and has had a fair share of heartaches before. Billie previously named her first kiss being with Henry Whitford. Other than her first kiss, she never really mentioned any names. She has had her heart broken and experienced bad relationships. Maybe that is why she has stayed happily single until now.

But like all ladies in their younger years, Billie had a huge crush on another celebrity, particularly the happily married Justin Beiber. Her parents were so concerned about her childhood obsession with Justin that they even considered taking her through therapy. Billie has been very vocal about her crush on Justin on and off cam and has been able to attend his concert and even hug him. It must be a dream come true for Billie to have collaborated with her childhood obsession with her famous song’s remix “Bad Guy”. When asked about her opinion on Justin’s marriage to Hailey Baldwin, Billie said that she is truly happy for them.

While Billie Eilish seems to not have a boyfriend at the moment, she has said in the past that she does date people in secret. Apparently, the thought of dating someone publicly terrifies her because of the possibility of a very public breakup where everyone has opinions about a relationship they know nothing about. It looks like we will not be hearing about any of Billie Eilish’s private connections any time soon.

Billie Eilish talking about relationships in an interview

Where is Billie Eilish from?

Billie Eilish’s nationality is American with Scottish and Irish descent. She was born and raised in Los Angeles, California.

How old is Billie Eilish?

How much does Billie Eilish weigh? How tall is she?

Billie Eilish is 5’4’’ or 163 cm tall and weighs 61 kg or 135lbs. She says she has always had a “toxic relationship” with her body, which is part of the reason she wears baggy clothes. In order to raise awareness about the fact that no one should have a say about what her body is like and how she dresses, she made a video about body shaming that she often played as the intro to her concerts.

Not My Responsibility is a video about body shaming

However, despite her attempts to fight off paparazzi and anyone who thinks they have a say in what she wears and how she looks, Billie Eilish has once again recently been the subject of the headlines for wearing a tank top, when a 29-year-old man took a photo of her in public which was captioned: “In 10 months Billie Eilish has developed a mid-30’s wine mom body.” Many people took to Instagram to comment on how Billie has gained weight. Like most young women in the world, and especially in showbiz, Billie is also struggling with the fact most people feel the right to comment on women’s bodies as if they have a say in women’s choices.

Billie Eilish in a tank top 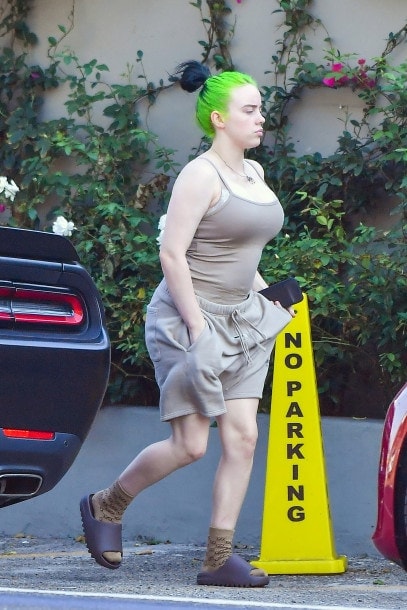 We think she looks absolutely stunning.

How much is Billie Eilish’s net worth?

Billie Eilish’s net worth is about $6 million.

Billie is nominated for 2021 International Female Solo Artist at the #BRITs. @BRITs

Watch Billie’s performance of “everything i wanted” live from the 2021 #GRAMMYs. https://youtu.be/aVAKT9UxJMI

Congrats Record Of The Year winner "everything i wanted" - @billieeilish: http://grm.my/3rMSoCT #GRAMMYs

Want to speak to Billie Eilish?

The Very Celeb team can find intricate details about Billie’s life life, which can even include her manager or personal contact info. Ask us here and we’ll make every effort to deliver.

Rihanna Broke Up With Her Long-Term Boyfriend – So Who’s The New Guy?