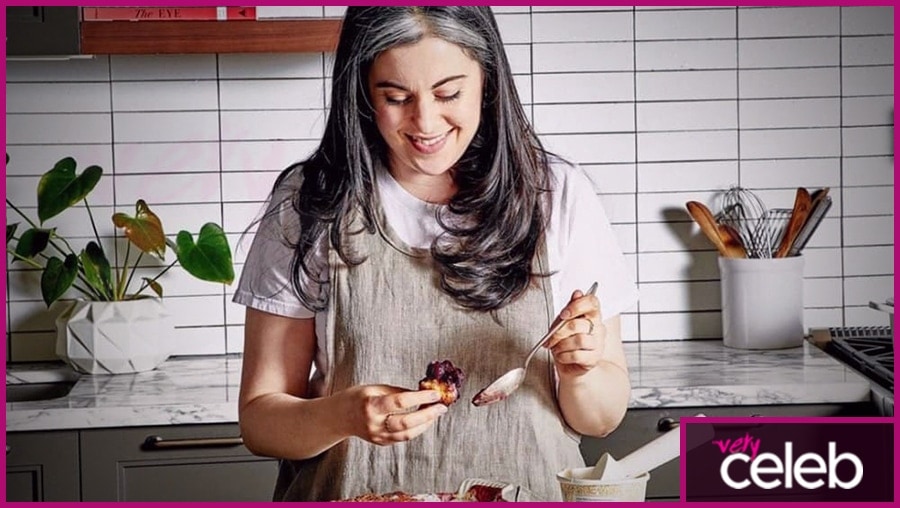 Have questions you want answering about Claire Saffitz? Look no further – find out all the news about her trendsetting hair, YouTube channel, and more!

Claire Saffitz is probably one of the most recognized chefs globally. She was born on September 16, 1986 , Claire is 36 years old. This makes her a Virgo, which matches perfectly with her friendly nature and hard-working attitude to life. Raised in St. Louis, Missouri, and was already fascinated by cookery at a young age. Her passion led her to Paris, eventually completing a certification course in Classic French Cuisine at École Grégoire Ferrandi.

Being a brilliant upcoming chef, she went on to attend Harvard University, where she studied Culinary History, graduating in 2009 with honors. But, she didn’t stop there, and shortly after, completed her Master’s Degree at McGill University.

Today, she is well-known as the host of Gourmet Makes, a show on YouTube where she creates wonderful culinary masterpieces from junk food and childhood snacks. Claire has also made appearances in Bon Appetit as the Senior Food Editor for the magazine publication. Because of her approachability and knowledge, she is a big favorite with the audience, earning her a much-deserved status as a celebrity chef.

Also turning her hand to writing a collection of cookbooks, is there no end to Claire Saffitz’s talent?

Claire left her role as the Bon Appetit Editor but returned a couple of months later as a contributing editor. Recently, Claire Saffitz has spoken out about the toxic culture at Bon Appetit, quoting racism, secrecy, and “ultra-competitiveness”. She expressed her wish to be considered an ally by her colleagues and committed to doing the ‘work of repair’. She has not since renewed her contract with Bon Appetit.

Why does Claire Saffitz have gray hair?👵

Claire Saffitz’s biggest definer is the iconic gray streaks running through her bangs. She started turning gray when she was in her early twenties and kept this secret by dying her hair. Now, she no longer feels the need to hide her gray. This has inspired a lot of her fans to create fan art and even imitate her hairstyle.

Is Claire Saffitz single or married?💏🏻

Claire Saffitz is engaged to fellow chef, Harris Mayer-Selinger. Although she’s revealed that they currently live together, very little is known of her personal life outside of the kitchen.

What is Claire Saffitz’s net worth?💷

She has an estimated net worth of $1 million which she has accumulated from her multiple culinary projects.

How tall is Claire Saffitz and much does she weigh?🤷

Claire stands about 5 feet 4 inches and weighs around 130 lbs. Unlike us, who’ve all put on weight after trying out her delicious recipes 😂😂😂

If you’re hungry for gossip about Claire Saffitz, or you really want to contact her, get in touch with us and we will do our best to help.