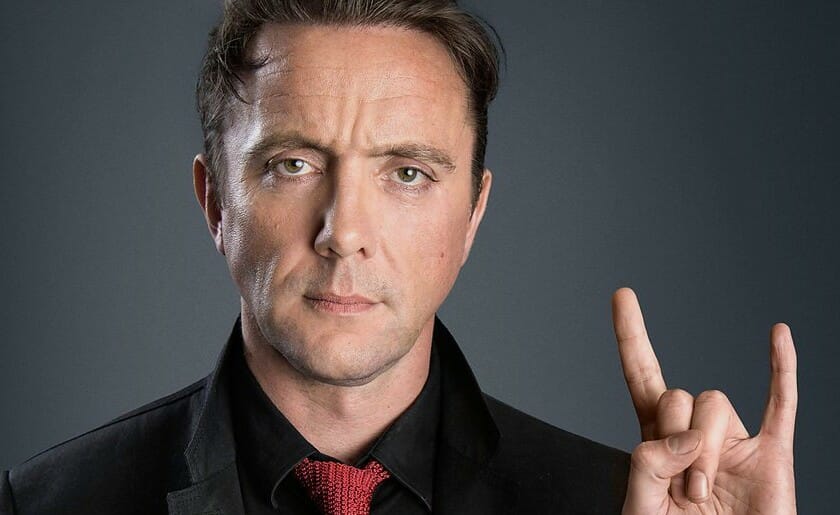 Peter Serafinowicz – The Good, the Bad, and What he Didn’t Want You to Know!

Peter Serafinowicz is an American actor, director, and screenwriter who has starred in several films and television series and voiced many characters in video games. In 1999, his first film role was voicing the character named Darth Maul in Star Wars: Episode I – The Phantom Menace. He also voiced the same character for Solo: A Star Wars Story. In 2014, Peter Serafinowicz also played the Garthan Saal in the Marvel film Guardians of the Galaxy. He then voiced the character named Big Daddy in the animated musical comedy film Sing and its sequel. Other than starring in films, Peter Serafinowicz is also a comedian who had appeared in several television series, especially satirical ones. Some of the comedy series he was involved in were Spitting Image, Comedy Nation, How Do You Want Me?, World of Pub, and Hardware. Peter Serafinowicz also voiced Lumpy Space Prince, Blind Ivan, Gravity Falls, and Rick and Morty, and Agency Director in the animated television series Adventure Time. Recently, he was cast for the fantasy film The School for Good and Evil.

What is Peter Serafinowicz’s nationality?

Peter Serafinowicz was born in Liverpool, UK. His mother is English and his father is half Belarusian and half Polish.

What part did Peter Serafinowicz play in Guardians of the Galaxy?

Peter Serafinowicz played the character Garthan Saal in Guardians of the Galaxy.

Garthaan belonged to the Nova Corps and was a high ranking member. He was a Denarian, but was killed during the Battle of Xander whilst trying to prevent Ronan the Accuser from destroying the planet.

Peter Serafinowicz sought to use the Human Rights Act to prevent the national papers publishing details of his grandfather’s war crimes. He dropped this in 2007 and it was revealed that his grandfather, Szymon Serafinowicz, was in the Belorusian Auxiliary Police during WWII. He became the first man in the UK to be tried and charged under the War Crimes Act. In 1997 he was found unfit for trial due to dementia.

Is Peter Serafinowicz single or married?

Peter Serafinowicz is married to actress Sarah Alexander. They starred in both series of Look Around You together.

Check out this BBC America edit commissioned to celebrate the launch of Look Around You on US DVD.

Where is Peter Serafinowicz now?

Why was the Peter Serafinowicz Show cancelled?

The BBC cancelled The Peter Serafinowicz Show for no obvious reason. But you can still see some episodes on YouTube!

How many kids does Peter Serafinowicz have?

What is Peter Serafinowicz’s estimated net worth?

Peter Serafinowicz’s estimated net worth is around $6 million.

Donald Trump’s new campaign “has begun with the same ugliness, lies and chaos as the last, but it poses even greater dangers to American democracy,” the editorial board writes. https://nyti.ms/3EBHKrg

The rest of my book tour is canceled due to surgery. But if you want an autographed copy of THEY KNEW, they are available at @LeftBankBooks in St Louis. This is now the primary place to get them, please spread the word! https://www.left-bank.com/product/signed-they-knew-sarah-kendzior

With just two days to go until launch, check out this spellbinding photography from the Discworld recordings!

Indira Varma reads the Witches, accompanied by Peter Serafinowicz as the voice of Death & Bill Nighy reading the famous footnotes.

Everything You Wanted to Know About Robert Culp