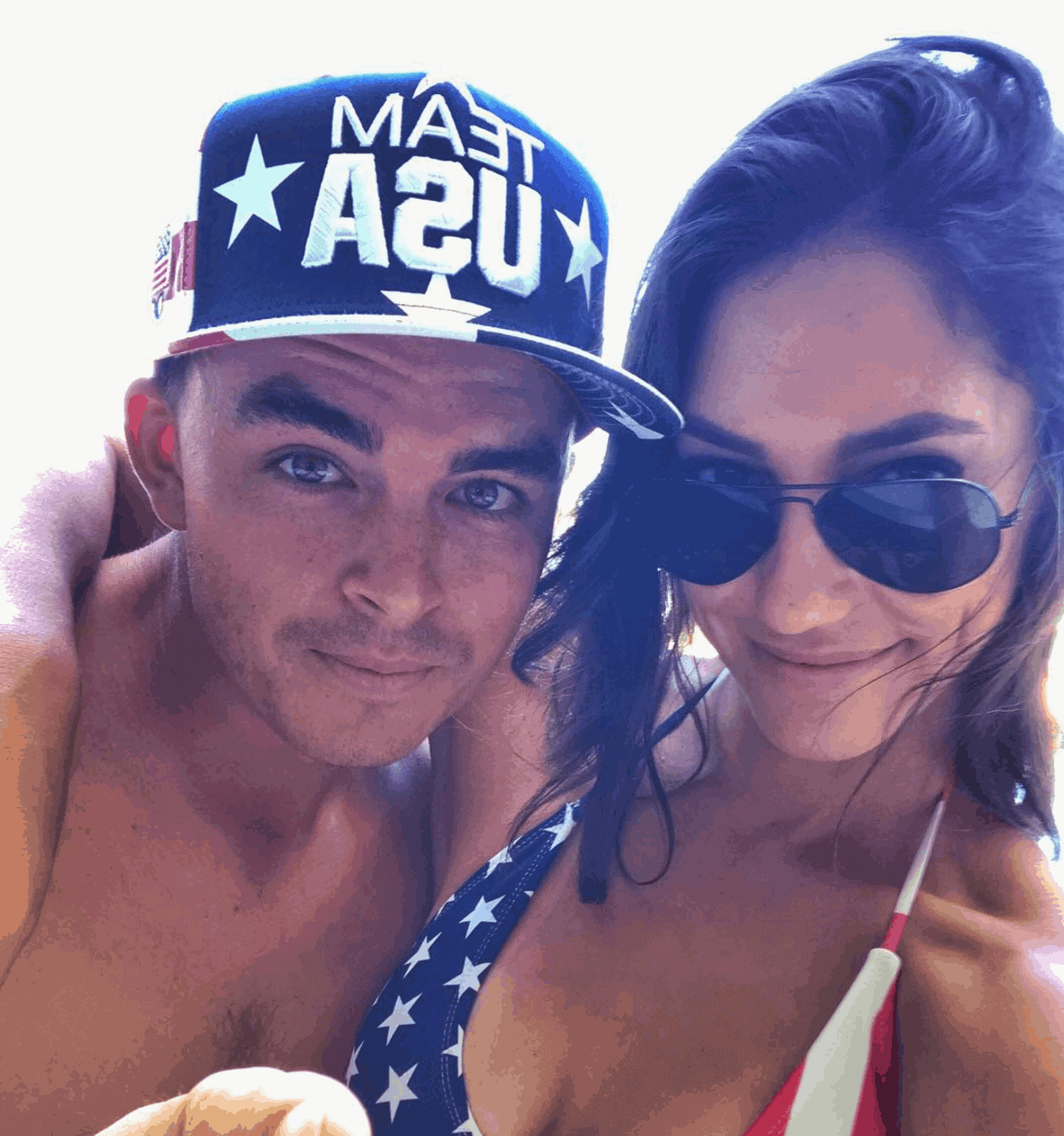 There are many things that could be said of Rickie Fowler, one of the most promising and competitive golfers in the PGA tour.  One, his sense of humor is probably what draws women to him. Two, he has dated beautiful women, and he is now with one of the most gorgeous women athletes. Allison Stokke, a track-and-fielder and well-regarded fitness model, is Rickie Fowler’s girlfriend.

For some time now (which means more than a decade), Allison has caught the attention of many. This was because of an incident that happened when she was just 17 years old. A pole-vaulting champion even before she was 18, many pictures of Allison circulated the Internet. One of these pictures was re-posted by a well-known sports journalist, With Leather. In Leather’s post, he made a rather sexual remark on how Allison looked like, being that she was beautiful. Leather wrote, “Pole Vaulting is Sexy, Barely Legal.” This post set the internet on fire and soon after people were fighting as it was a topic that sparked debates, especially with regard to how women athletes are sexualized by media. Propelled by her fame, Allison tried her best to erase people’s notions. She made videos telling and educating people about her sport. However, people would continue to follow her not because of her inherent talents and abilities in sports but because of her looks and her beautiful figure.

After this happened, Allison continued her career; she did win many awards and recognition in her sport. Later on, she embraced her celebrity status as she became a sports model for many popular sports brands such as Nike and Athleta. Later in 2017, Allison would meet PGA tour golfer Rickie Fowler. A year after, the two announced their engagement.

Who is Rickie Fowler’s girlfriend?

Rickie Fowler’s girlfriend is Allison Stokke. Although Allison is indeed a beautiful woman, she would be more delighted if she were known more for her athletic skills that primarily involve pole vaulting. She had most of her stints as a pole vaulter when she was a student-athlete at the University of California. What catapulted the athlete to fame was sultry pictures of her in action in pole-vaulting competitions. Allison felt objectified at that time, and she said that she was overwhelmed not just by the attention but by how people fought over what her pictures meant and suggested about women athletes.

Allison is the girlfriend of one of the funniest and loveable golfers in the PGA tour. She is Rickie Fowler’s girlfriend. Their relationship became public after Rickie broke up with his former girlfriend, Alexis Randock. Rickie’s newfound relationship with Allison was finally confirmed when another famous golfer, Jason Day, announced to the public that Rickie was absent in one event because he was with his girlfriend, which was no less than Allison herself. For a time, Rickie Fowler made fun of how he stayed single for some time. However, these days, Rickie is quite serious about love as he is now engaged to Allison. There was also a time when Allison caddied for Rickie in one of his pro games in the circuit. Indeed, things are going well for this athletic couple.

Rickie Fowler and Allison Stokke enjoying a glass of wine.

Is Allison Stokke married or single?

Allison is now married to golfer Rickie Fowler. They got married on October 5, 2019.

Allison Stokke and Rickie Fowler got married on the beach

How much is Allison Stokke’s net worth?

Sources claim that Allison has a net worth of $500,000. However, this figure may be quite far from what she actually earns since she has many brand endorsements for Nike, Uniqlo, and Gap. Her per-day earning for a shoot costs around $15,000. Her fiancé, Rickie Fowler has a good net worth of $20 million, most of which he earned touring the world playing golf.

How many kids does Allison Stokke have?

Allison Stokke does not have any children.

When was Allison Stokke born?

What is the height and weight of Allison Stokke?

Standing at 5 feet 7 inches, she weighs 115 pounds, perfect for a pole-vaulting athlete.

Where does Allison Stokke come from?

Allison Stokke was born in Newport, Beach in California. She is American.

Why did Rickie Fowler break up with his girlfriend?

Prior to Allison Stokke, Rickie Fowler was with Alexis Randock. The two dated from 2014 up to their alleged break up in 2016. According to many sources, it was Rickie who broke up with Alexis Randock. As to the reason and as to when, people could only speculate based on what Rickie and Alexis posted. Since Rickie was fond of posting stuff about him and his girlfriend, Alexis, when this ceased to continue, the guess was they broke up already. Moreover, there was news that Rickie was off flirting with another woman – a particular The Bachelor contestant. As to the veracity of this report, it is difficult to ascertain.

Reach out to Allison Stokke with Very Celeb

Did you know we can search our archives to find every other celebrity or person that’s in some way related to Allison Stokke, or even potentially find out how to contact her? Just click here and let us know what you’re looking for!